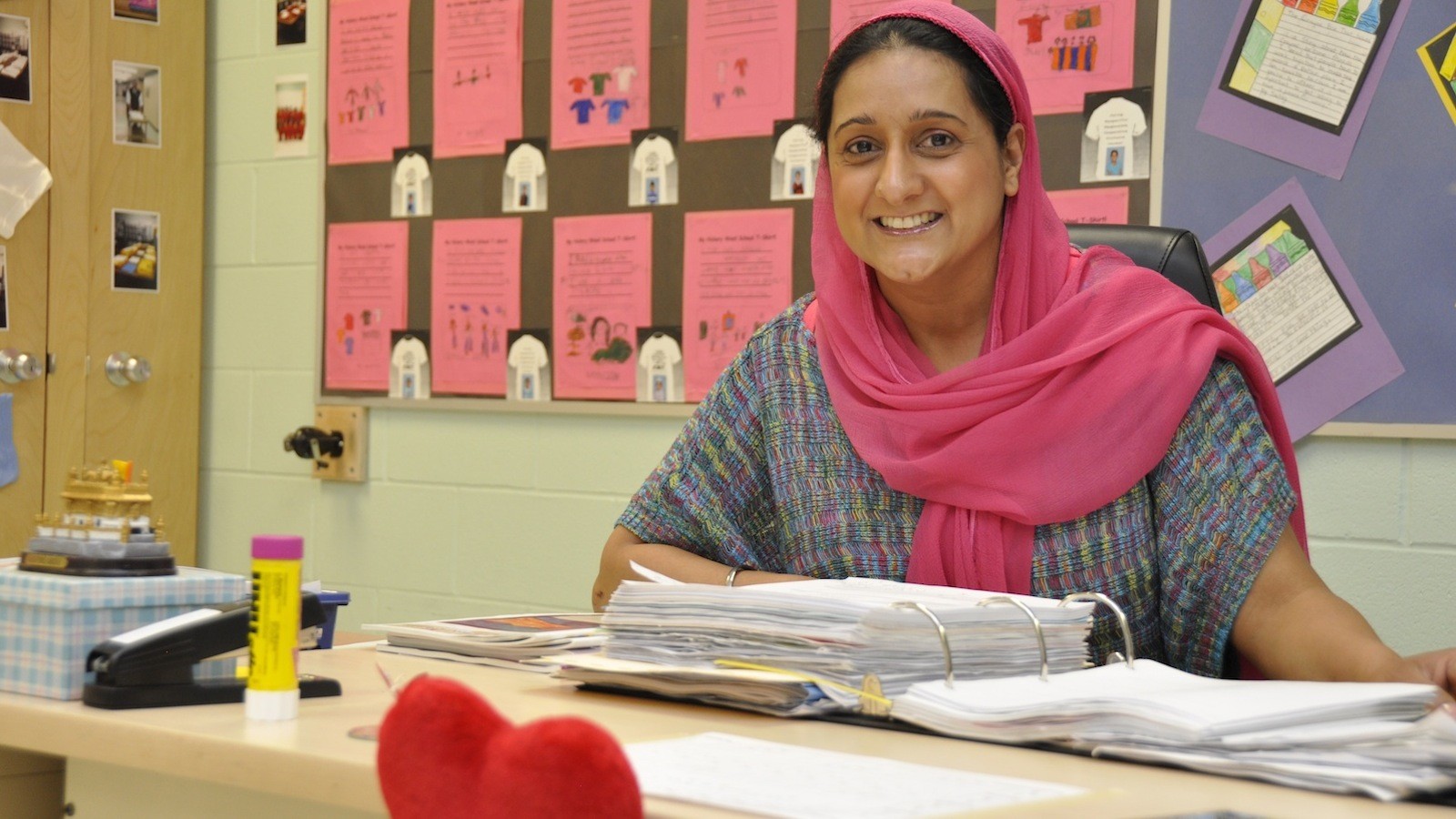 Brock alumna Sukhdeep Kaur was one of 60 recipients of the 2013 Prime Minister's Award for Teaching Excellence and Excellence in Early Childhood Education.

A Brock University alumna was recently recognized with a national award for her teaching contributions.

Sukhdeep Kaur, who graduated from the University of Toronto before completing her master of education at Brock in 2006, where she received the Jack Nobel book prize and Distinguished Graduating Student Award, was one of 60 recipients of the 2013 Prime Minister’s Award for Teaching Excellence and Excellence in Early Childhood Education.

“Good educators guide, inspire and motivate us to want to learn on our own,” Prime Minister Stephen Harper said of the winners. “They sow the seeds of knowledge that yield well-educated Canadians who are able to compete with the best in the world and generate new ideas and prosperity.”

The elementary school teacher in the GTA has won several awards for her work in the classroom. Kaur designed an interactive classroom newsletter program that opens lines of communication between teachers and families. The program received international acclaim through the National Foundation for Educational Research in the United Kingdom.

Kaur has also pioneered several programs that have received national and international attention through publication in the exclusive Canadian Early Childhood Education Journal and International ECE Journal by Springer. Her school-wide mailing program has also had a huge impact on student development and literacy. The program eventually extended into students’ homes and even engaged over 350 students in an e-pals program with students in other countries.

Kaur has a holistic approach to teaching.

“By effectively supporting student achievement and well-being through co-constructing student driven lessons, building strong partnerships with the families that we serve, and encouraging students to perceive themselves as unique gems — each with their own special qualities, gifts, and dreams — we as educators are blessed with an opportunity to inspire a warm smile in each of our students on a daily basis, a smile that shares a personal, heartwarming story of success.”

During her time at Brock, Kaur worked closely with professors Rosemary Young and Mary-Louise Vanderlee. Under their guidance and support from her school principal, Joel Hartling, (also a Brock graduate), she conducted in-depth research into home-school partnerships and challenges faced by educators and families. In response, she developed an innovative program for elementary school teachers that would establish and nurture home-school relations and enhance student learning.

She also took Spring/Summer courses. Research conducted with material learned from one of her Spring courses, combined with a Fall course, resulted in her internationally acclaimed research article on the influential role of internal dialogue in shaping the experiences of teachers and students in classrooms

“One of the best decisions I made was to do my masters at Brock,” she said. “(The) professors are absolutely amazing and well-versed in their research fields. (Young and Vanderlee) continue to take an active role in encouraging me to push the boundaries of what I feel is possible for myself. Their boundless hearts have made a huge impact on my life.”