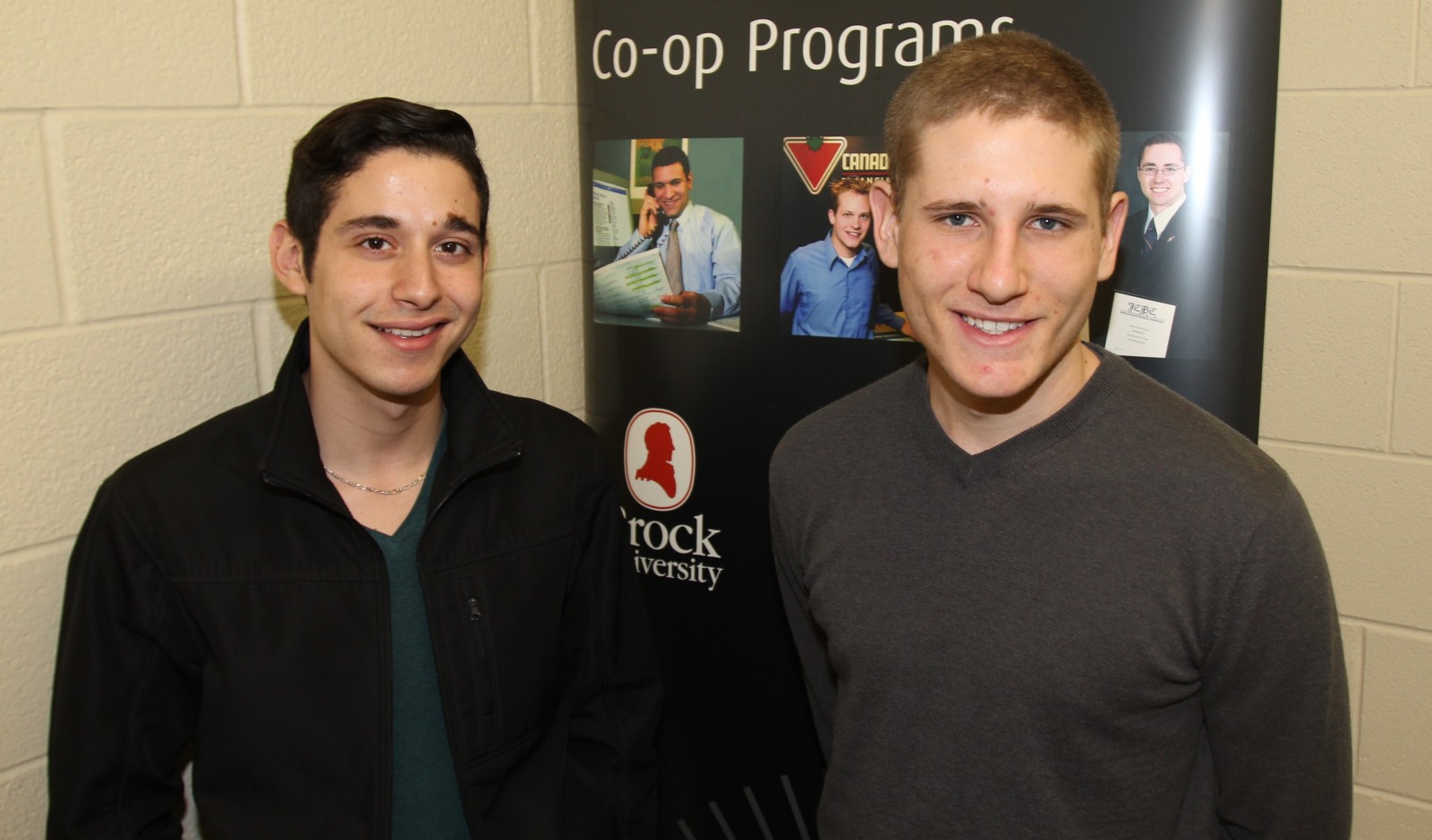 With a 93 per cent average, Bouzerar is currently in his fourth year of study in the Honours Bachelor of Business Administration Co-op Program.

Bouzerar, a financial analyst co-op student at Mondelez International, spearheaded an audit of one of the divisions, making recommendations that would save the company $10 million over the long term and introducing an additional $140 million in potential business ventures.

Bouzerar is a devoted advocate for Brock Co-op, and for the past two years he has participated in recruitment and liaison activities both on campus and in Toronto.

He serves as president and founder of the Niagara Youth Business Education Initiative, which is a not-for-profit organization targeting youth to expose them to future careers in business.

Van der Merwe is in his third year of study in Brock’s Oenology and Viticulture Co-op Program.

In the summer of 2013, van der Merwe worked as a vineyard and winery junior assistant co-op student with Culmina Family Estate Winery in British Columbia, where his supervisor praised him for his strengths in supervision, work quality and initiative.

Van der Merwe has volunteered for the Cool Climate Oenology and Viticulture Institute, and organized formal wine tastings for his peers at Brock.

One of his next endeavours is to create a wine tasting fundraiser in partnership with the OEVI faculty.

The proceeds from this event will be donated to a local charitable organization called Red Roof Retreat.

Van der Merwe has been a strong ambassador for the Brock Co-op program, serving as a guest student speaker at pre-employment training sessions and sharing potential job leads with other co-op students.