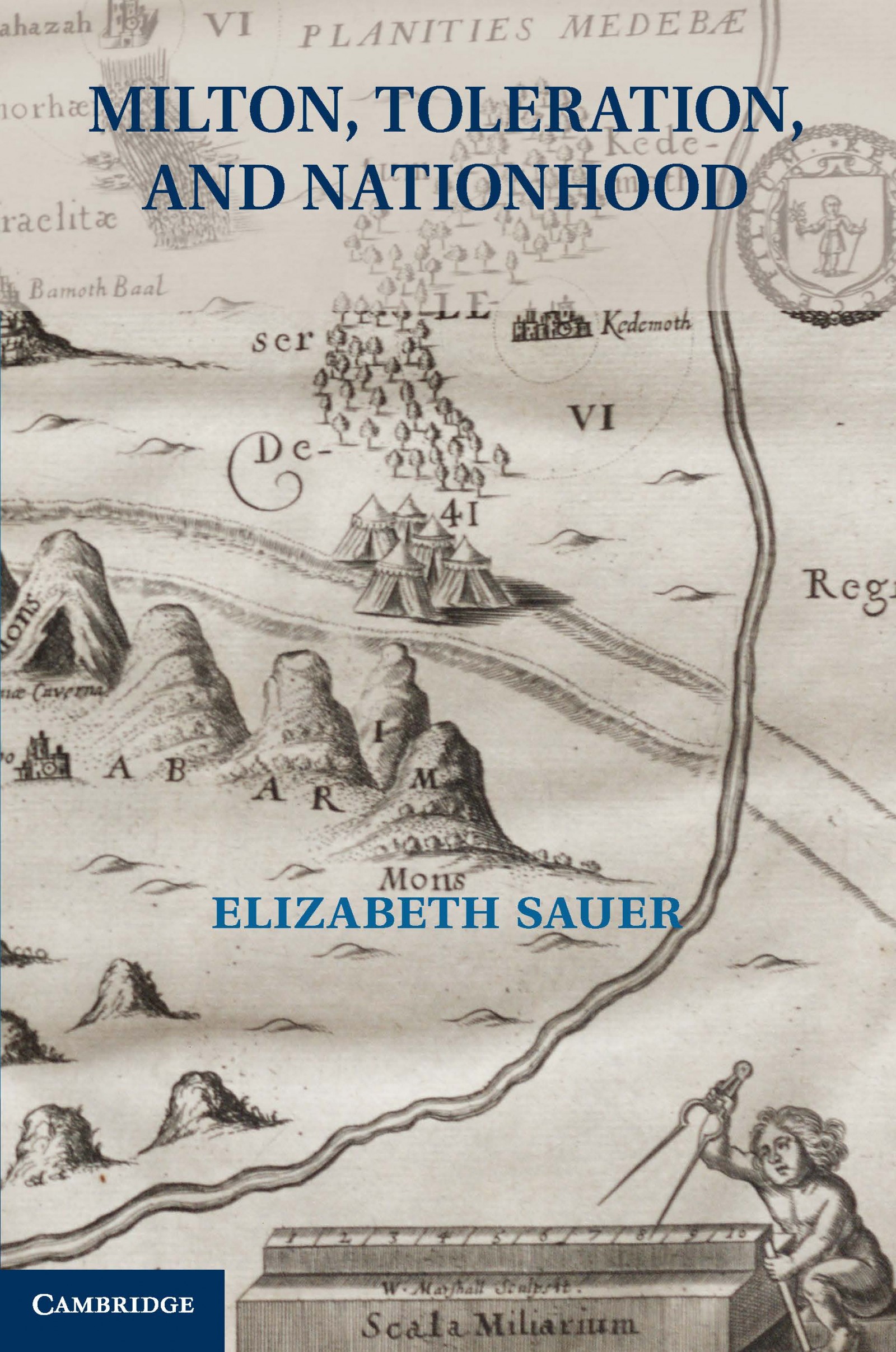 John Milton was a revolutionary. For instance, he championed divorce in an era when Protestant reformers maintained a fervent commitment to the doctrine of the marriage contract as an indissoluble bond.

But John Milton was, in some ways, a conservative: he championed Cromwell’s campaign against the Catholic Irish, fueled English-Spanish antipathy and lapsed into silence over the proposed readmission of the Jews at a time when Amsterdam Rabbi Menasseh ben Israel presented his vision of England as a religiously and culturally inclusive society.

This contradiction in the 17th century polemicist, man of letters, and civil servant for the Commonwealth of England is one of many themes Elizabeth Sauer explores in her new book, Milton, Toleration and Nationhood (Cambridge UP, 2014).

The professor of English Language and Literature examines Milton’s many works – the most famous including Areopagitica and Paradise Lost – to see how Milton developed concepts of toleration and liberty that informed discourses of English nation-building.

Milton produced his poetry, essays, speeches and other works during the political, social and philosophical turmoil of an England ruled by Oliver Cromwell, who contributed to varying degrees to a climate of ‘toleration.’

Toleration usually referred to the temporary forbearance of difference or the accommodation (often reluctantly) of “beliefs … deemed to be conscionably held.” “Milton had an expansive notion of a religious society at the time, pluralistic, accommodating of more difference than had been the case under the monarchy to date in England.”

Milton was also passionate about ideals of liberty. In his Areopagitica – a speech to the Parliament of England in 1644 – he outlined principles opposing licensing and censorship.

“In his own day Areopagitica had no impact and only one edition of it was produced,” says Sauer. “Today, a work like his Areopagitica is hailed as a key work advocating freedom of expression and the liberty of the press.”

Sauer’s work is supported by the Killam Fellowship, an award that comes with two years of funding to focus exclusively on one’s area of research. The Killam Fellowship is a highly prestigious honour. At the time she won it in 2009, Sauer was one of only nine scholars in Canada to get the award.

“I feel deeply honoured by the award, which I view as validation of my research and as testimony of the importance accorded at the national level to scholarship at Brock, particularly in the humanities,” Sauer said at the time.