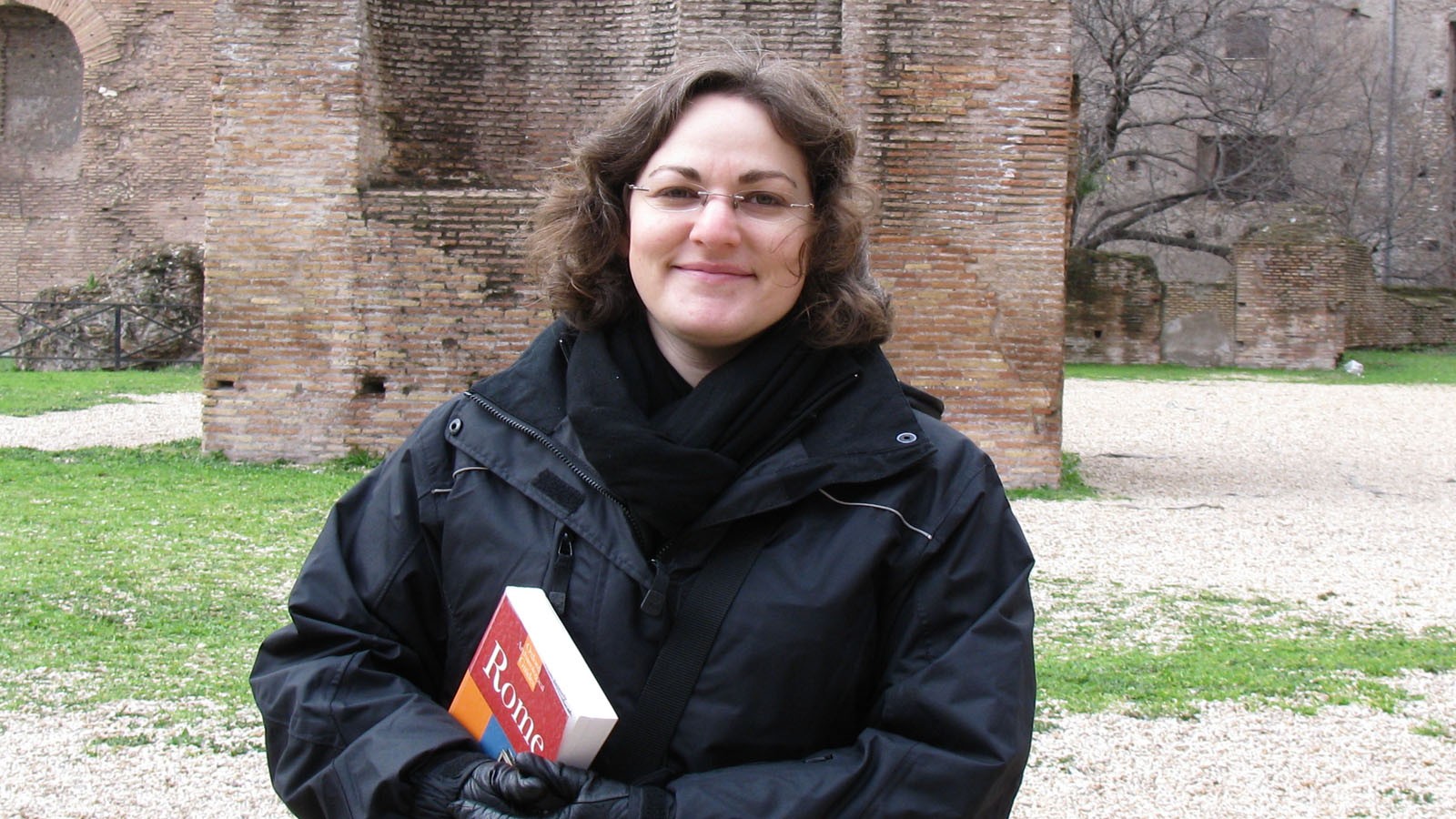 Fanny Dolansky, Brock University associate professor in the Department of Classics, was co-awarded the 2014 Barbara McManus Prize for Best Published Article on Gender or Women's Studies in Antiquity. Fanny Dolansky, Brock University associate professor in the Department of Classics, was co-awarded the 2014 Barbara McManus Prize for Best Published Article on Gender or Women's Studies in Antiquity.

What can we learn about gender identities and class structure in ancient Rome by examining the dolls that girls played with during that time?

The question intrigues Roman social historian Fanny Dolansky, who explores this topic in her award-winning paper “Playing with Gender: Girls, Dolls, and Adult Ideals in the Roman World.”

Much like today, girls in ancient Rome played with dolls, which at that time were made out of ivory, bone, wood or cloth, and fashioned to look like upper-class adult women. And, like today, girls were taught certain messages about society through those dolls.

In her research on ancient Roman dolls, the associate professor in the Department of Classics focuses on three aspects: how the dolls are adorned; the dolls’ capacity for movement, such as joints that enabled them to move their shoulders, elbows, hips and knees; and the use of imperial figures, such as Roman empresses, as models.

Dolansky draws on a combination of archeological evidence, texts written by Greek and Roman authors, and modern research about contemporary girls’ play with dolls such as Barbie to see how Roman girls may have responded to the adult ideals and assumptions about gender embodied in their toys.

“These toys may have encouraged girls to contemplate being wives and mothers and engage in role-playing activities to that end, as some have suggested,” Dolansky says.

“But the dolls were more complex and presented girls with conflicting messages about what being an upper-class woman entailed and what was valued, which potentially had serious implications for girls at a formative stage in their development.”

The dolls in Dolansky’s study emphasize adornment, whether in a mane of real human hair or an array of gold jewelry. Yet, she says, women’s adornment was always a matter of great controversy among Roman men.

“Women of a certain social standing were expected to devote time to cultivating their appearance to reflect their status and rank, but the dominant tradition was profoundly negative and linked women’s fondness for clothing, cosmetics, jewelry, and elaborate hairstyles to vices such as frivolity and immorality that threatened the welfare of the household and ultimately the state.”

And, the modeling of dolls after imperial figures such as second century CE empresses also sent mixed messages to the girls, says Dolansky.

She explains that, on the one hand, empresses and their husbands’ reigns were associated with ideals of fertility, prosperity, and generosity through their contributions as wives and mothers and their involvement in welfare programs to benefit lower-class girls.

Yet, “by resembling empresses and by virtue of their status as luxury items that only girls of the upper classes could have owned, these dolls helped to reinforce the hierarchical structure of Roman society.”

With respect to how the girls played with these dolls, it is unclear how Roman girls manipulated their dolls’ mobility. Some scholars argue that girls used the dolls to learn how to dress, sit and stand according to how a matron would.

Dolansky argues that, fueled by their imaginations, girls may have transformed their dolls in ways manufacturers never intended, making the dolls take on active roles as athletes or dancers, challenging “stereotypes that long associated the female sex with passivity, weakness, and mainly sedentary activities.”

Dolansky’s paper was published in the journal Classical Antiquity in October 2012. For her efforts, Dolansky was co-awarded the 2014 Barbara McManus Prize for Best Published Article on Gender or Women’s Studies in Antiquity.

The award is sponsored by the Women’s Classical Caucus, an affiliate of the American Philological Association, the primary professional organization for Classicists in North America.

The paper’s publication will also be taking Dolansky to an international conference being held at the University of Oslo, Norway this May to present another research paper, “Roman children at play: realities and representations” that examines archaeological evidence for children’s play in the form of toys, as well as scenes of play that decorated tableware, wall paintings, and funerary monuments.

Dolansky is currently completing a sourcebook on the ancient city of Rome (under contract with Bloomsbury Press) in collaboration with Stacie Raucci of Union College in Schenectady, N.Y.