Another award for chemistry prof Hudlicky 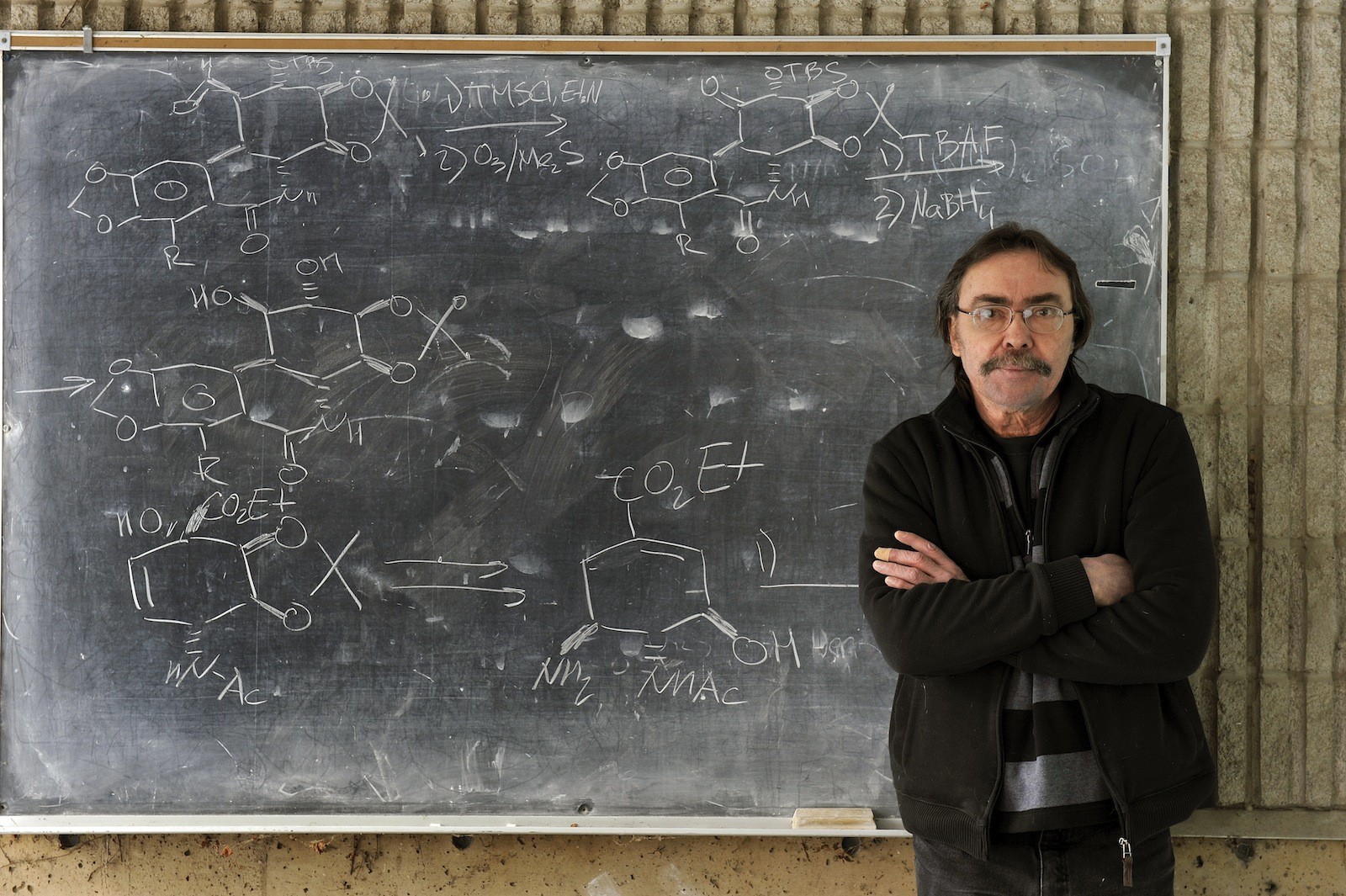 The Canadian Society for Chemistry has awarded Tomas Hudlicky its 2014 R.U. Lemieux Award.

The Canadian Society for Chemistry has awarded Tomas Hudlicky its 2014 R.U. Lemieux Award.

The award recognizes an organic chemist who has made a distinguished contribution to any area of organic chemistry and is currently working in Canada.

“This is a great honour,” says Hudlicky, who holds a Tier 1 Canada Research Chair in Organic Synthesis and Biocatalysis (the use of biological methods to manufacture chemicals).

Hudlicky and his research group focus on converting compounds that are often considered to be industrial wastes into compounds that can be used in pain and cancer medicines. Specifically, the researchers create synthetic versions of morphine and derivatives, Tamiflu-like drugs, and pancratistatin, a powerful anti-cancer agent.

“Tomas Hudlicky deserves this award for his brilliant research in the field of synthetic chemistry and the use of biological systems to carry out chemical transformations,” says chemist Ian Brindle, who heads up Brock’s Advanced Biomanufacturing Centre, which includes the Hudlicky research group.

“It is the kind of game-changing science that is needed to develop new and effective high-value pharmaceuticals and other important molecules,” Brindle adds. “It’s wonderful to see this kind of work coming out of the lab of such an accomplished researcher at Brock University.”

This is not the first time the Canadian Society for Chemistry has recognized Hudlicky. He also won the organization’s highly coveted 2010 Alfred Bader Award for excellence in organic chemistry research.

Ever since coming to Brock in 2003 from the University of Florida, Hudlicky has had a wide array of accomplishments, the most recent being named a Fellow of the Royal Society of Canada.

Last year, he won the Ontario Partnership for Innovation and Commercialization’s Innovator of the Year award. Last spring, Hudlicky also passed the $1-million mark in revenues generated through licensing agreements for processes developed in his lab, including the manufacture of important medicinal agents for pain control and alcohol and drug addiction.

• filing 11 patent applications;
• negotiating and establishing five licenses with a large pharmaceutical manufacturer, providing it with new processes for a more efficient production and synthesis of alkaloid compounds, which are key agents in pain control and the treatment of alcohol and drug addiction. Payments from these licences have exceeded $100,000 per year over the last three years and are expected to grow;
• patenting a more efficient process for the manufacture of Tamiflu (oseltamivir) and additional anti-viral compounds having the potential to be more effective than Tamiflu.

The Canadian Society for Chemistry will present the award to Hudlicky at the organization’s 97th Canadian Chemistry Conference and Exhibition, taking place in Vancouver June 1-5.