Researchers turning to colleagues in other disciplines to further work 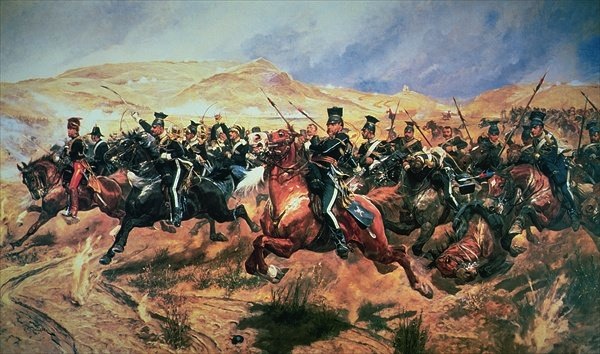 Charge of the Light Brigade (at the Battle of Balaclava) by Richard Caton Woodville, Jr. Charge of the Light Brigade (at the Battle of Balaclava) by Richard Caton Woodville, Jr. Source: Creative Commons.

Pity the poor British. The Charge of the Light Brigade, a battle that occurred in 1854 during the Crimean War, was supposed to have been directed against retreating Russian artillery.

Instead, a miscommunication sent the hapless British soldiers on a frontal assault on a well-prepared, well-equipped Russian battery. It was a disaster.

But what if the British used a different military strategy? What if they had used their heavy cavalry? How would changes to these or any other factors have shaped the final outcome of the battle and the war?

John Bonnett, historian and Canada Research Chair in Digital Humanities, explains that this line of questioning is called “counter-factual analysis: explorations of history as it might have unfolded but did not.”

Up until now, historians conducted this analysis, which helps to deepen the understanding of history, in a very limited way.

Through his work at the Goodman School of Business, Armstrong has created mathematical models that are applied to many different contexts, including in the military field.

Armstrong teamed up with Bonnett and graduate student David Connors to put together a mathematical model that sheds more light into the Battle of Balaclava, in which the Charge of the Light Brigade took place.

“We set up a model with equations and computer software that reproduces the battle, with the number of guns and casualties that we actually got in the battle,” Armstrong explains.

“Then, we changed some of the inputs. Let’s give them twice as many cavalry, let’s add in the heavy brigade, let’s give the Russians a couple of extra canons. How much do these factors change the outcome of the battle? Do they give one side or the other an advantage?”

This marriage of mathematics and history is deeply satisfying for both sides.

“Computation allows us to explore alternate timelines much more rigorously, much more thoroughly than we could have done just by using the grey matter between our ears,” Bonnett says.

“This is where the math model idea can be useful,” Armstrong notes. “Now we can take it one step beyond qualitative opinion and actually produce an experiment. We can never prove a certain factor was or was not important, but we can produce some evidence.”

Bonnett says Armstrong’s model has yielded an entirely new insight on the Charge of the Light Brigade.

“The general presumption was that the British were doomed in their engagement with the Russians, that there was no way that they could have conceivably won that battle and, therefore, it was an entirely mistaken initiative,” Bonnett says.

“What was discovered as a result of combining historical inquiry with computational analysis is that there was at least one scenario where the British could have pulled it off.”

Bonnett and Armstrong’s work is one example of the transdisciplinary research going on at Brock, a direction that Gary Libben, Vice-President of Research, says is a priority for the University.

The development of transdisciplinary research features in consultations and documents upon which the draft Vision 2020: The Brock Research Plan will be based.

It is also a priority articulated in the University’s Strategic Mandate Agreement.

Zelisko says a growing demand for biocompatible, compostable, “green” products was part of what led him to conduct transdisciplinary research with biologists and physicists in projects that typically involve studying catalysts and polymeric systems.

“As a chemist, I can develop something I think is a green product but I need to work with someone with biological knowledge to really tell me, is this going to wipe out half the ecosystem when I put it out there?” he explains.

Zelisko, Bonnett and Armstrong all say transdisciplinarity broadens researchers’ visions and enables them to learn things beyond their own disciplines.

Armstrong recommends that researchers approach transdisciplinarity “with an open mind. Ask lots of questions. Know that you don’t know the other person’s world.

“A fair amount of time is spent on (discussing), ‘Here’s what I’m thinking of. What does that mean to you? What are your priorities, and what do I need to think about to make that happen?'” he says.

Zelisko says transdisciplinarity research draws him out of his “comfort zone,” making him a better scientist.

“Some of the best conversations I have with people are outside of my discipline where they look at a problem with fresh eyes.”