Health and Well-Being Centre opens its doors to new members 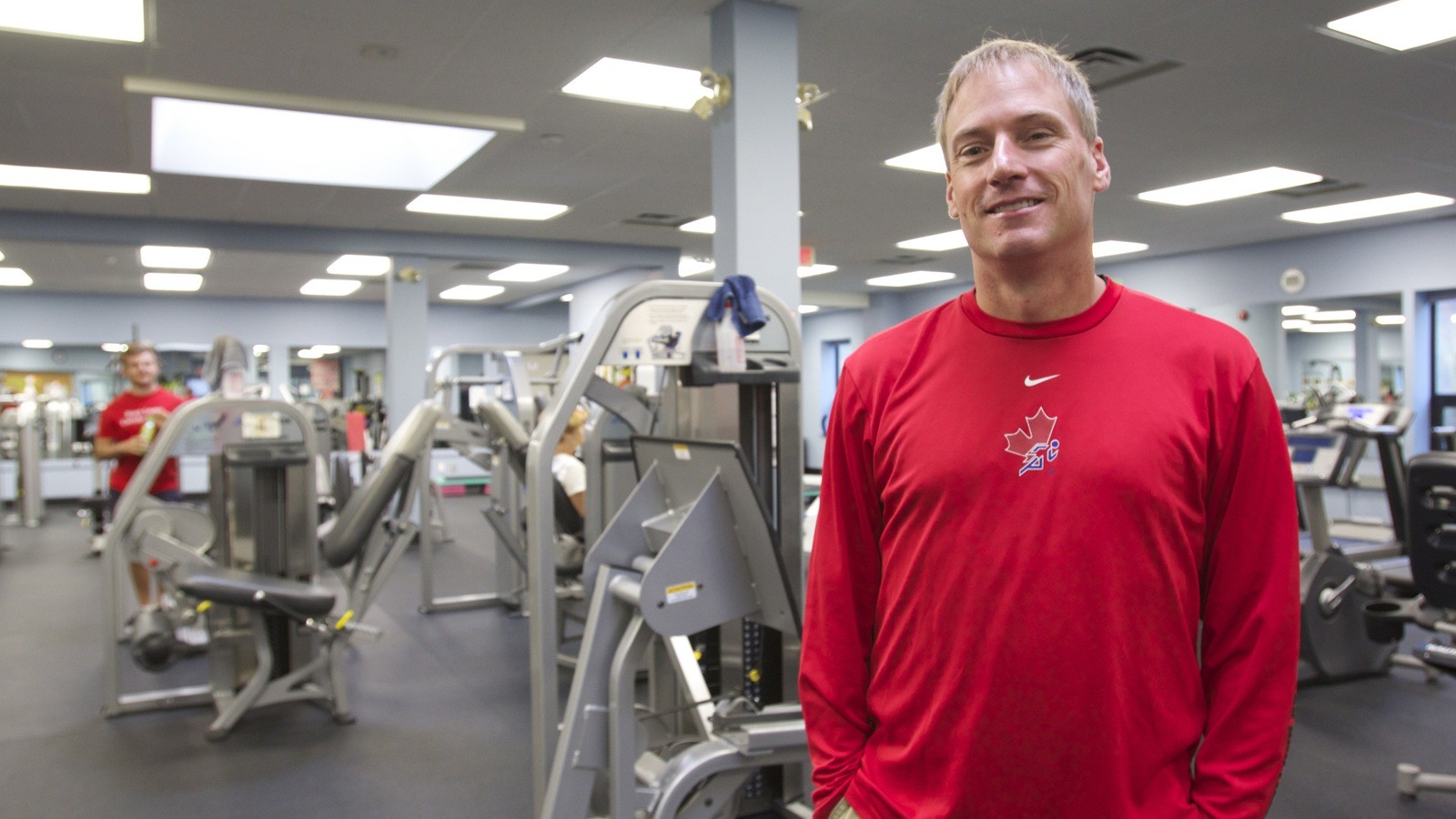 Scott Stevens, co-ordinator of the Brock-Niagara Centre for Health and Well-Being has plans to help expand programming and build membership at the centre that, until recently, had been used primarily for research. Scott Stevens, co-ordinator of the Brock-Niagara Centre for Health and Well-Being, has plans to help expand programming and build membership at the centre that, until recently, had been used primarily for research.

There’s something to be said about a research facility that people enjoy visiting so much, they don’t want to leave when the studies are over.

It’s a trend Scott Stevens is finding at the Brock-Niagara Centre for Health and Well-Being.

Maybe it’s because there’s no poking and prodding involved with the studies happening here. Stevens, the centre’s co-ordinator, is chalking it up to endorphin rushes and healthier people who want to continue to feel good, even after the data has been collected.

The centre, which is equipped with treadmills, elliptical trainers, weight machines, and exercise bikes – all the trappings of an expensive gym – is typically used for research involving seniors’ health, directed by Prof. Kim Gammage, spinal cord injuries, directed by Prof. Dave Ditor, and by cardiac rehab patients, whose program is directed by Prof. Deborah O’Leary.

While the centre charges for participation in the cardiac rehab program, seniors can use the equipment for free for 12 weeks in exchange for keeping track of the exercises they do, the strength and endurance they build, and their blood pressure for research.

“They’d find they liked it so much they didn’t want to leave when the studies were done,” Stevens said.

So the centre is changing its tack. After participants are finished with studies, they have the chance to buy an annual membership for $400 (about $33 a month) to continue working out there.

The centre is also throwing open its doors to older adults who haven’t volunteered to work up a sweat in the name of science so they, too, can buy a membership and come exercise when they please.

Those with spinal cord injuries can workout in separate gym at the facility for free.

To help attract new clients, the centre is hosting an open house on Dec. 2 to meet Stevens and the students and learn more about the research – and success stories – that happen there.

So far about 100 people – 65 seniors and 35 cardiac patients – have memberships. Stevens hopes to grow that number to 400. Every week, he’s seeing at least five new people signing up, thanks to word-of-mouth advertising by those already coming to the centre to work out. Kinesiology student Karol Mnich, Coulter Janich, a medical sciences student, and kinesiology students Andrea Poopalapillai and Casey McMahon, are doing practicums at the Brock-Niagara Centre for Well-Being and assist those who use the centre with their exercise routines.

The perks? The centre is quiet, catering to an older clientele that’s keen to start an exercise program. There are also students doing practicums in medical sciences and kinesiology, who are on site from 8 a.m. to 7 p.m. to offer members and those involved in research the help they may need navigating between exercise machines.

Members also get access to more than just equipment. Stevens has added circuit training classes, with plans to expand class offerings as interest and demand grows.

Paid programming will also start in January for people with lower limb amputation. Stevens and crew, with the help of Niagara Prosthetics and Orthotics, recently partnered with the Niagara Amputee Association to provide such exercise and wellness programs.

“The global goal here is to be a more well-rounded gym,” Stevens said.