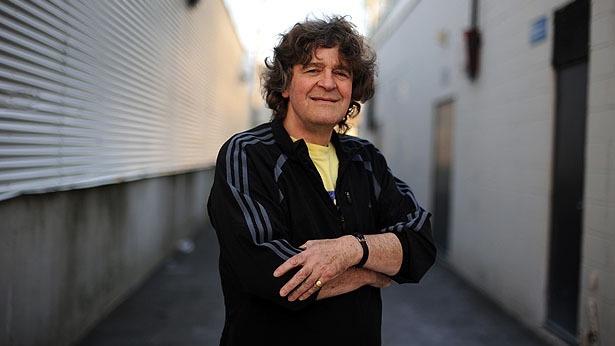 He will be presented with the degree at the 2 p.m. ceremony.

James Lockyer is a founding director of the Association in Defence of the Wrongly Convicted (AIDWYC), an organization that advocates for the wrongly convicted. He has been involved in exposing more than 20 wrongful convictions in Canada, including several homicide cases in which post-conviction DNA testing resulted in exonerations.

“Mr. Lockyer has made it a personal mission of his to fight for the rights of individuals within our country’s criminal justice system who have been wrongly accused,” says Brock President Jack Lightstone.

“He has dedicated his career to advocacy, human rights and ensuring the criminal justice system is equitable and fair for all,” adds Lightstone. “His commitment to argue for those who may not have the power to do so for themselves is an inspiration for our students and we are very proud to be honouring him in this way. When justice is denied to any one of us, all of us are in peril.”

Convocation will be held in the Ian D. Beddis Gymnasium and a reception for graduates, family members and other guests will be held after each ceremony. Tickets are not required. All guests are welcome.

Lockyer graduated from the University of Nottingham in the U.K. in 1971. After studying at McGill University in Montreal, he became an assistant professor of Law at McGill from 1972 to 1973. He was called to the Bar in England in 1974 and returned to Canada to teach at the University of Windsor from 1974 to 1977. In 1977, after being called to the Ontario Bar, he went into private practice as a criminal lawyer in Toronto. Since 1992, his practice has been primarily in the field of wrongful convictions and he has become known for this work in the Ontario Court of Appeal and the Supreme Court of Canada and other forums.

The following are just a few of the many examples of his tireless work in this area.

In 1997, Lockyer arranged the DNA testing which exonerated David Milgaard of the 1969 Saskatoon, Sask. murder of Gail Miller after he had spent 23 years in jail for her murder.

In 1996, Lockyer and his partner Philip Campbell took on the case of Clayton Johnson who had been wrongly convicted in 1992 in Shelburne, Nova Scotia, of the first-degree murder of his wife, Janice. She had, in fact, died as a result of an accidental fall in her home. Six years later, Johnson was exonerated in the Nova Scotia Supreme Court for a crime that never happened.

Lockyer assisted counsel for Gregory Parsons, who had been wrongly convicted of the 1991 murder of his mother in St. John’s, Newfoundland, and secured his exoneration of the crime in the Newfoundland Supreme Court in 1999. These actions led to a Public Inquiry into Parson’s wrongful conviction.

In 2001, Lockyer presented an application to the Minister of Justice for Steven Truscott. Truscott was 14 years old in 1959 when he was convicted and sentenced to death for the murder of his 12-year-old school friend, Lynne Harper. His death sentence was commuted to life imprisonment in 1960. In 2004, the minister granted Truscott’s application and referred his case for review by the Ontario Court of Appeal. In 2007, the Court of Appeal quashed Truscott’s 48-year-old conviction and acquitted him of the crime.

Lockyer continues to work on wrongful conviction cases across Canada. His most recent success was last year when Tammy Marquardt’s wrongful conviction for the murder of her three-year-old son, who died in Oshawa in 1993, was set aside after she had spent 13 years in prison.

As well as being a director of AIDWYC, he has held various other positions over the years, including being a member of the Board for 31 years of New Leaf, a non-profit agency that provides homes for the developmentally disabled in Newmarket.

In 2004, Lockyer received a Doctorate of Laws from Assumption University and was the 2004 recipient of the Criminal Justice Award (the G. Arthur Martin Medal) for his contribution to criminal justice in Canada. In 2005, he received an honorary Doctorate of Laws from the Law Society of Upper Canada. He was also the Recipient of the John Howard Society of Ontario’s Award for Distinguished Humanitarian Service in 2005. And in 2007 he received an honorary Doctorate from Guelph University.