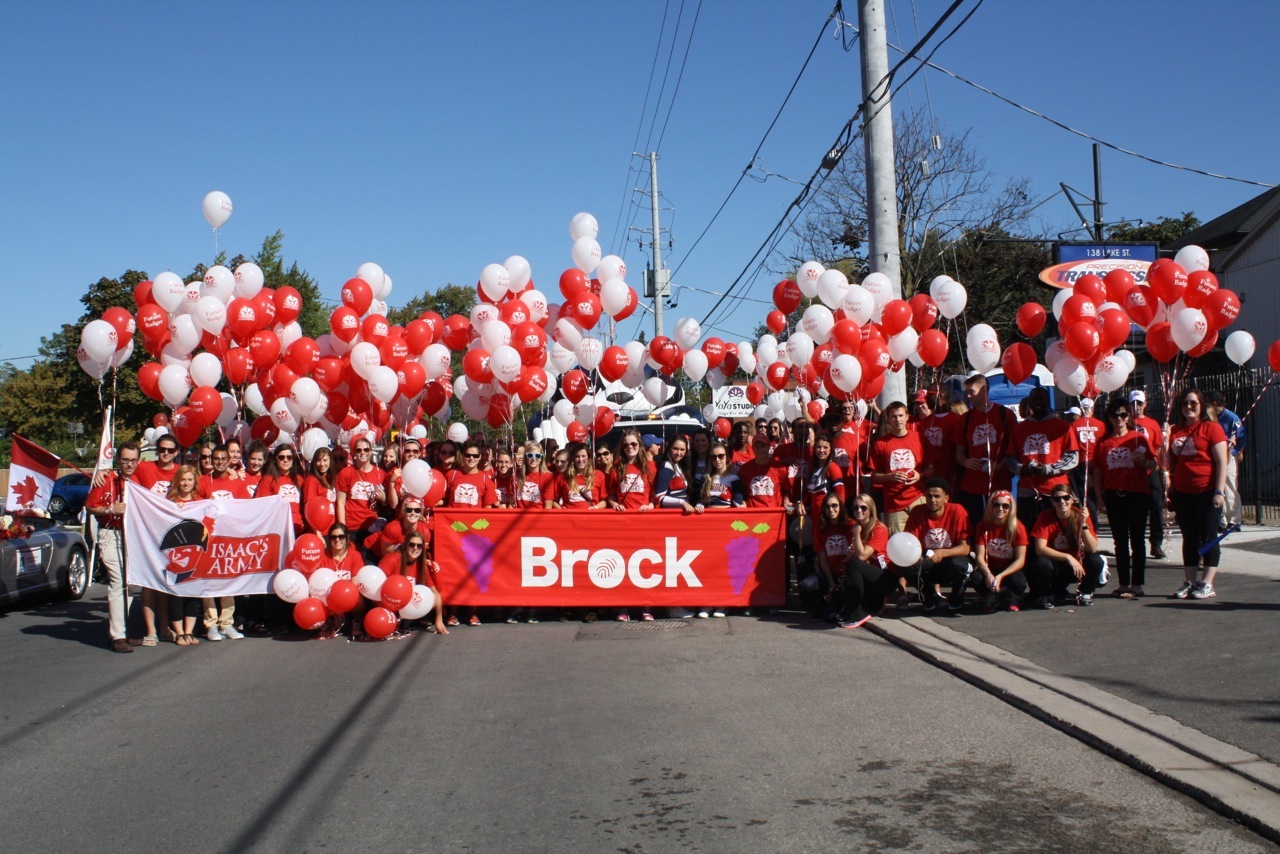 More than 200 Brock students and staff marched in the Grande Parade on Saturday. More than 200 Brock students and staff marched in the Grande Parade on Saturday.

More than 200 volunteers, including students, staff, Brock sports teams and the Department of Student Life and Community Experience, marched in last Saturday’s Grande Parade, the flagship event of the Niagara Wine Festival.

The group walked the route through downtown St. Catharines alongside a Badger spirit-themed float. The float included a new inflatable badger and room for the band Figure Four, featuring Michael Chess, marketing production co-ordinator for the Centre for the Arts, to play to the masses.

Brock’s participation in the Grande Parade was co-ordinated by Amanda Hemingway in the President’s office and Curtis Gadula, manager of off-campus living and neighbourhood relations.