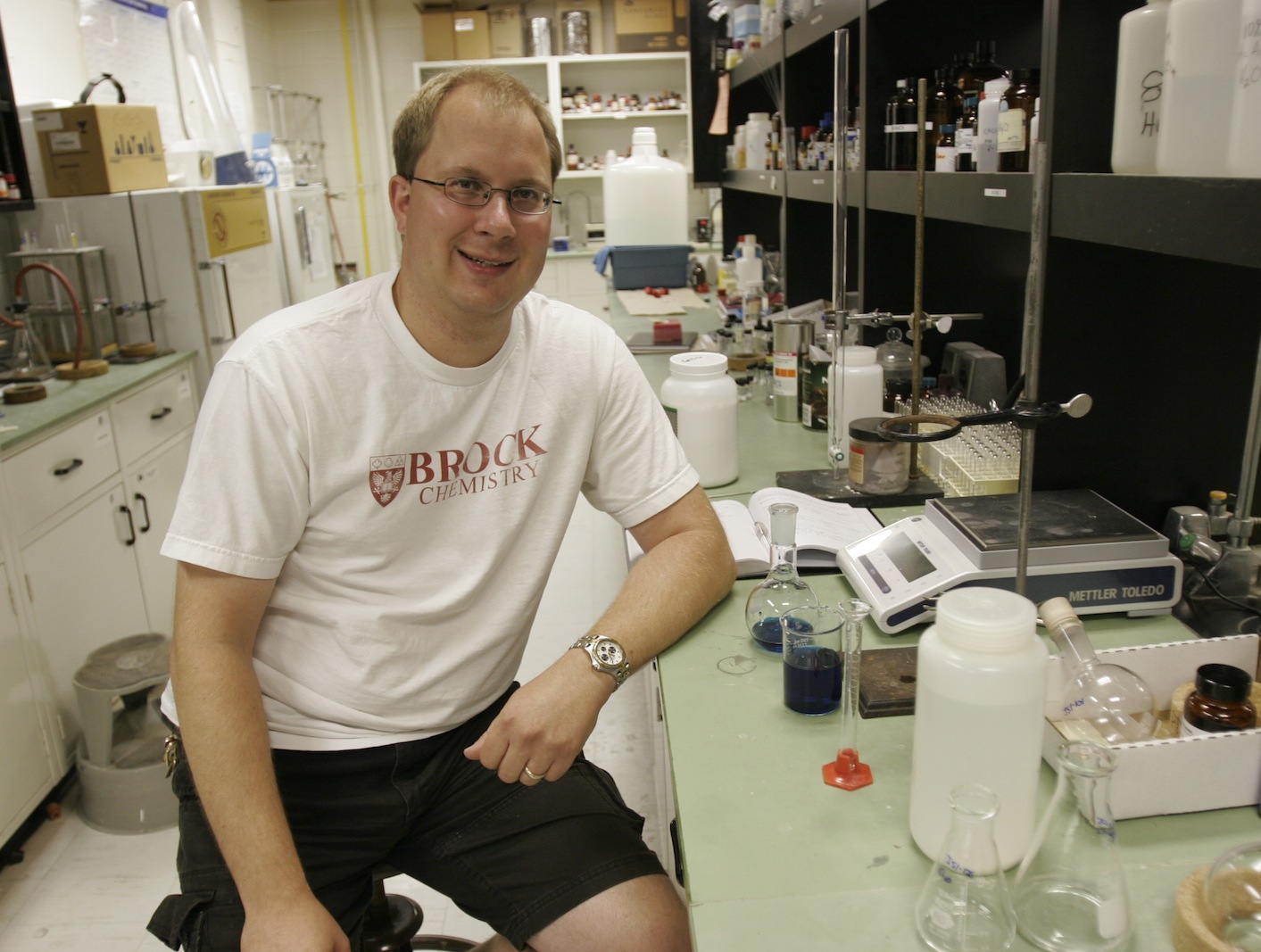 Paul Zelisko's research into silcone polymer production could put an environmentally friendly spin on the industry. Paul Zelisko’s research into silcone polymer production could put an environmentally friendly spin on the industry.

A thick, juicy steak and household caulking didn’t have much in common until organic chemist Paul Zelisko came up with a potentially game-changing process in silicone-based polymer production.

Household caulking contains silicones – inert, synthetic compounds that have a number of forms and uses. In many cases, silicones need to be made solid to perform the sealant function of caulking.

Catalysts are added to the process of transforming silicones into a solid. Traditionally, metals – platinum, palladium and tin being the most common – have played the catalytic role. These metals can be expensive and, in the case of tin, highly toxic.

That’s where Zelisko comes in. When thinking of alternatives to using metals in silicone-based polymer production, Zelisko and his team “were inspired by biology,” particularly what happens after a good steak meal is eaten.

“Enzymes have natural processes, like digesting steak in the stomach,” he says. “We’ve pulled enzymes out of the body, out of their natural role, and made them do this chemistry.

“We’re re-purposing enzymes that naturally exist. We’re asking them to do something different,” Zelisko adds. “These silicones are not steak, but they can still be processed.”

Preliminary results indicate that this introduction of naturally occurring enzymes – a process that has never been done before – can achieve the same result as traditional metal catalysts.

Polymers – large molecules – like silicones contain individual, spaghetti-like strands. The more that these individual strands are tied together, the stronger the silicones become.

“You can think of them [enzymes] as people tying the knots. They get the strands, tie them together, and move on and tie some more,” says Zelisko.

The organic chemist has successfully patented his new process.

“This research puts Dr. Zelisko – and, indeed, Brock University – on the on the ‘green chemistry’ world map,” says John Wilson, director of Innovation and Commercialization in the Office of Research Services.

“It’s an example of how creative thinking and vigorous investigation leads to processes that are both good for the economy and the environment.”

GreenCentre Canada is working with Zelisko and Brock University to do more testing that will expand results to date into what Pasternak calls real-world polymer systems.

“There’s a number of basic silicone-based systems that we’re going to put this catalyst in and then we’ll compare the material characteristics of the final product versus what’s traditionally out there now using the tin catalyst,” explains Pasternak. “The hope is they’ll be identical.”

Pasternak estimates that it will take about six months to develop “a technical and marketing package” that can be presented to “big players” in industry, with products hitting shelves within two to three years.

Silicone-based polymers are used in a countless number of products, ranging from plastics to rubber gloves to sealants, construction materials, to bio-medical devises such as artificial joints and breast implants.

According to the U.S.-based market research company and consulting firm Markets and Markets (M&M), the global market for silicones in terms of revenues was estimated to be worth more than $13 billion in 2011 and is expected to reach more than $19 billion by 2017. (http://www.marketsandmarkets.com/PressReleases/silicone.asp)

Increasingly restrictive environmental regulations are putting more and more pressure on silicone producers around the globe, says Pasternak. “In fact, the tin catalyst is being banned in Europe,” he says. “Producers are going to have to find an alternative. Dr. Zelisko has found what appears to be a natural protein that does exactly the same thing.”