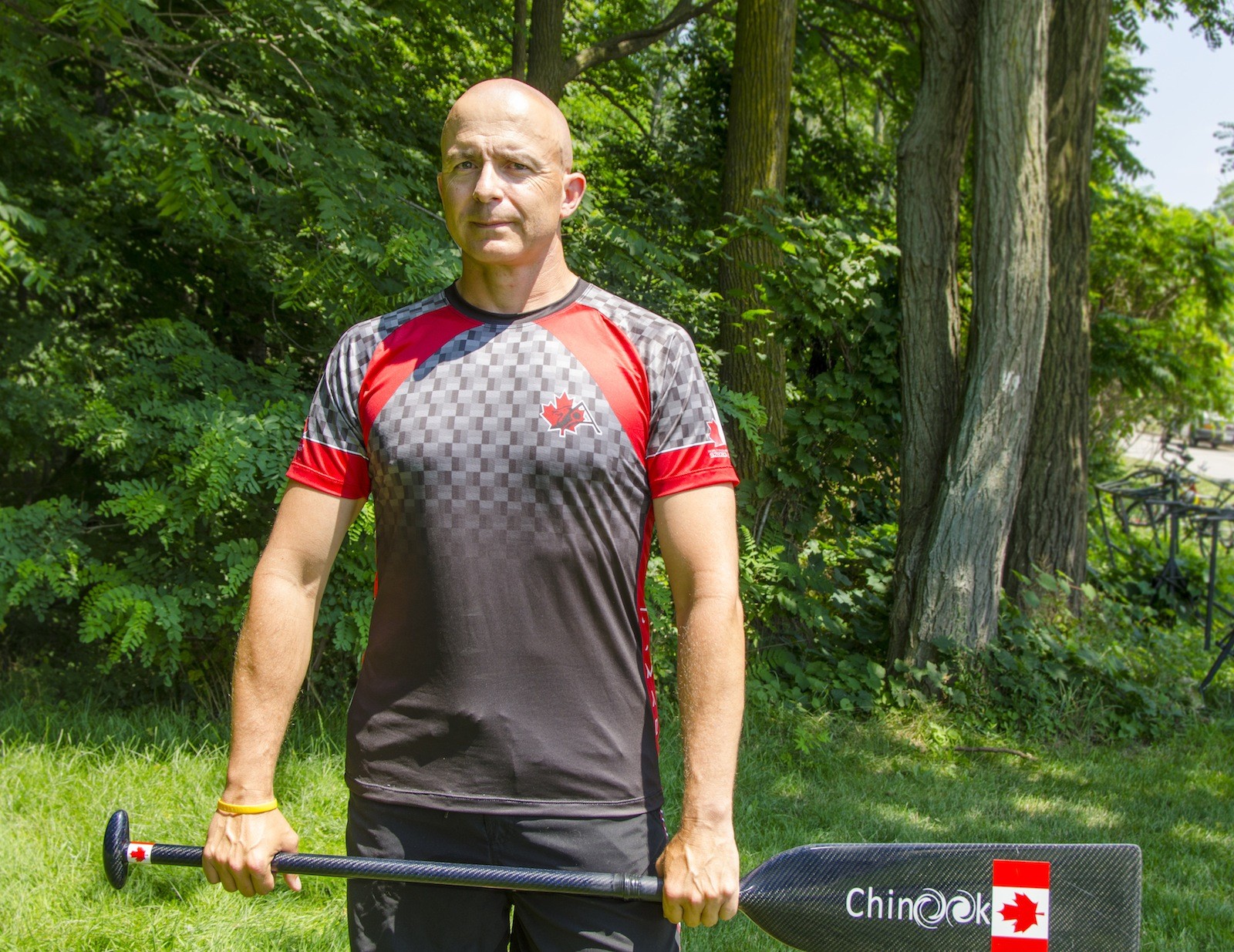 Discovering the sport of dragon boating was a life-changing event for Kinesiology Prof. Brian Roy.

It was a discovery that has led him to the World Dragon Boat Racing Championships with both the open men’s and mixed senior ‘A’ Canadian national teams.

The competition is on until July 28 in Szeged, Hungary, with close to 3,000 athletes from around the world set to compete.

As a recreational paddler for most his life, Roy decided to give dragon boating a try while on sabbatical in Melbourne, Australia nearly five years ago. After joining a local club with his wife, the Roys were hooked.

Upon their return to Niagara, the couple searched for a competitive team to join. When they couldn’t find one, they decided to take the initiative to develop programs and get involved in the sport at all levels.

“We each became certified coaches and started to develop programs, and I am now the president of the Canoe Club, a coach, a national official, and a paddler,” said Roy, a muscle physiologist at Brock, whose NSERC-funded research is looking at changes in cell volume as a regulator of metabolism.

Roy is also doing research for the Dairy Farmers of Canada on the connection between low-fat dairy products, exercise and healthy living.

His research expertise – exercise physiology and sport nutrition – led to his appointment as a member of the International Dragon Boat Federation Sport Medical Commission in 2011.

It wasn’t until seeing the national team in action at the world championships in Tampa, Florida, that same year that Roy realized he wanted to try out for the crew.

“The day I got back from Tampa, I increased my training to work towards my goal of making the team,” Roy said.

The championships occur every two years with the 2015 edition being hosted here in Niagara at the Welland International Flatwater Centre.

But Roy isn’t focusing on that competition yet. He hasn’t decided if he’ll try out for the 2015 team but does plans to take a bit of a break from paddling after Hungary.

“You need to make lots of sacrifices and I am lucky that my family and friends are very understanding as there is very little time left over after work and paddling.”