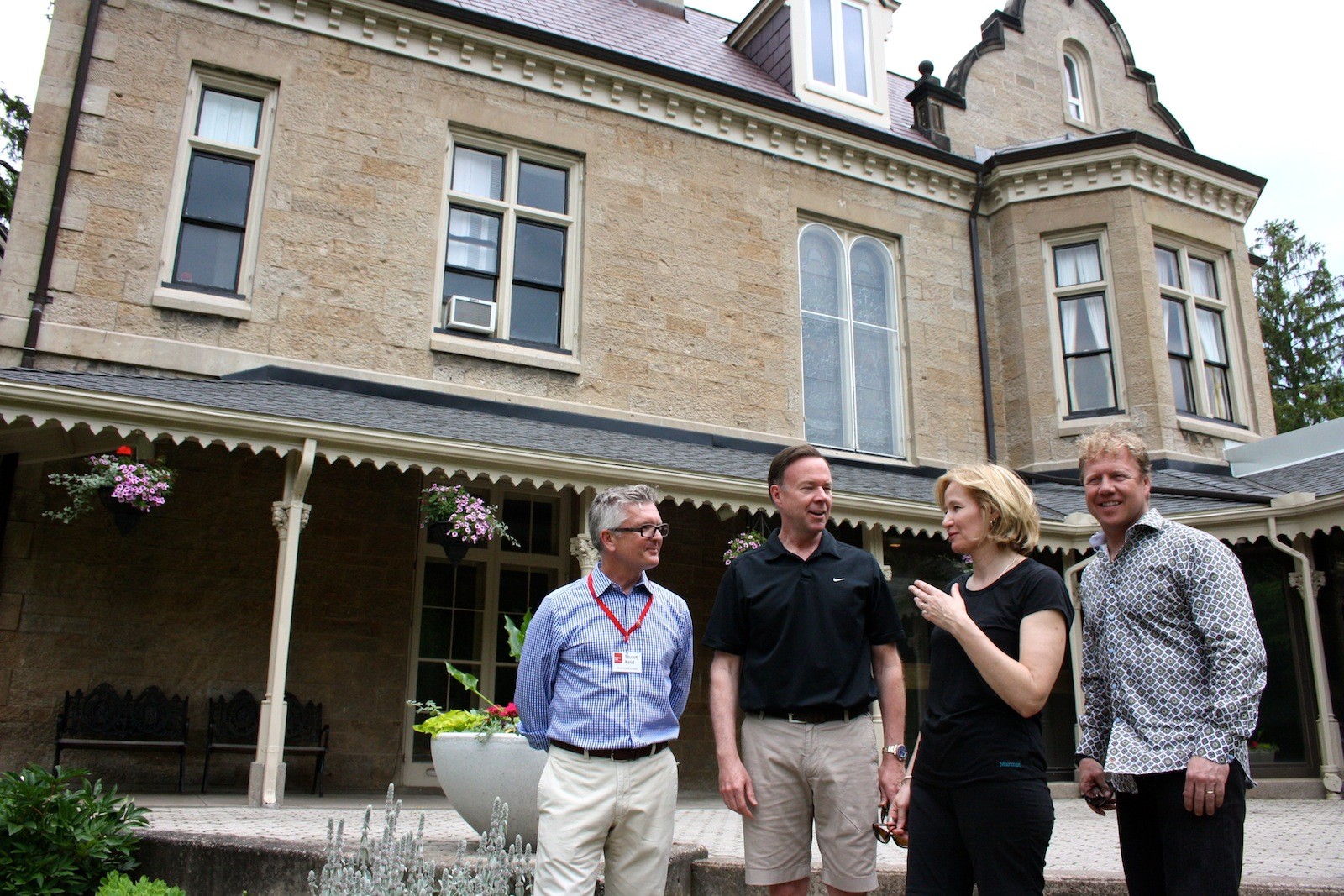 When Laureen Harper got to the University’s Rodman Hall during the Laura Secord Commemorative Walk on June 22, Brock’s Board of Trustees Chair Joe Roberston was there to welcome her.

But she couldn’t stay long, and politely declined the offer of a tour. After briefly resting on the front lawn long enough for a snack and a drink of water, the Prime Minister’s wife took a few minutes to chat with well-wishers, then it was back to the trails.

She still had about 10 kilometres to go in the 32-kilometre journey.

Harper joined nearly a thousand other walkers of all ages on the hot summer day in retracing the route taken by Laura Secord in her historic War of 1812 trek. Organized by the Friends of Laura Second, the event took place on the 200th anniversary of the original journey, in which Secord made her way to Decew House to alert British officers of an impending attack by American soldiers.

For the PM’s wife, she was not only celebrating the anniversary of Laura Secord’s walk, but getting ready for another milestone. She celebrated her 50th birthday the following day. Brock's Athletic Therapist Joe Kenny joined hundreds of hikers as they walked Laura Secord's route from Queenston to DeCew house in Thorold on Saturday as part of the War of 1812 celebrations. He's seen here with Caroline McCormick, president of the Friends of Laura Secord, which organized the walk.