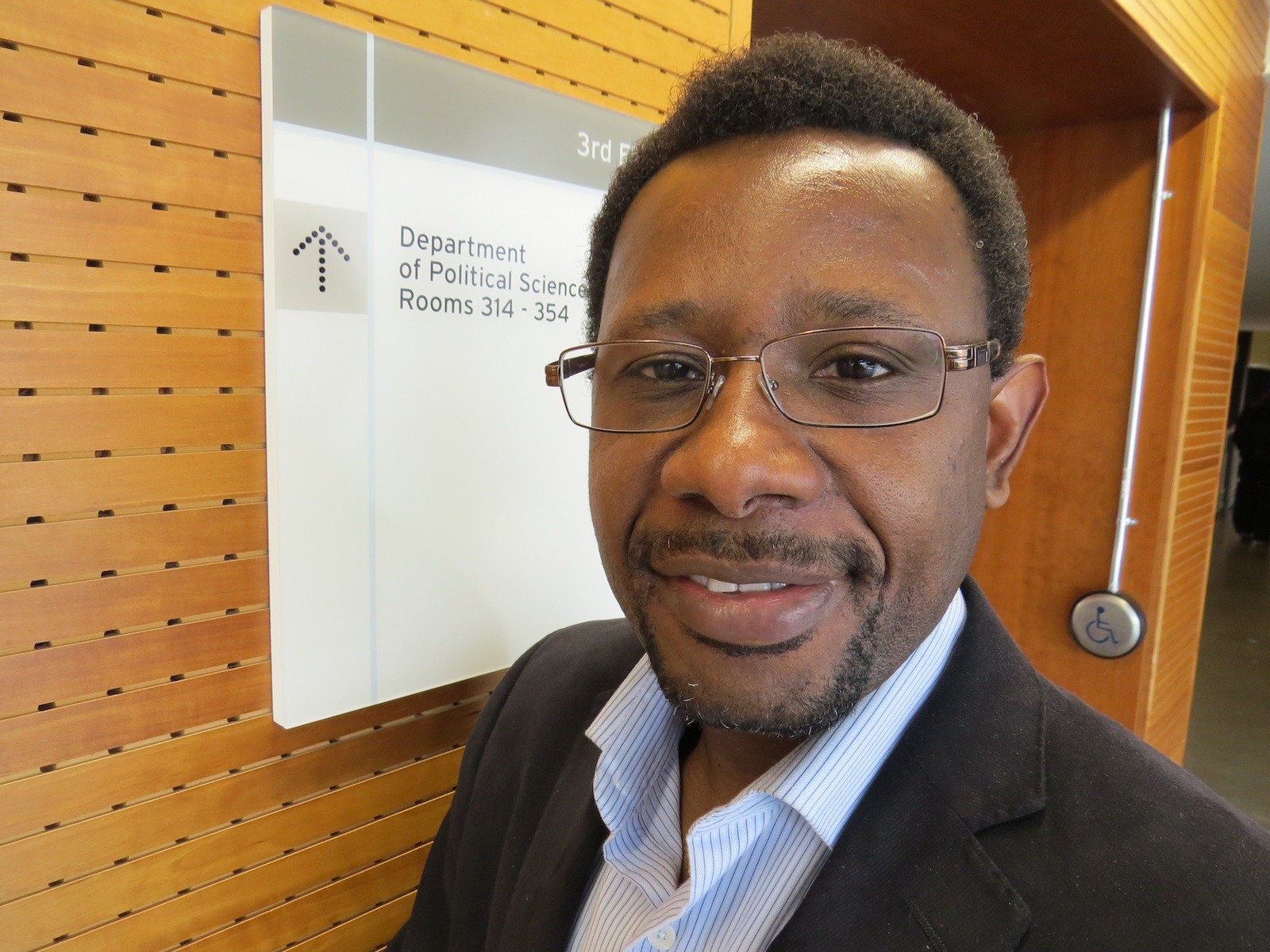 For political scientist Charles Conteh, cities were once upon a time “afterthoughts” of a strong central government or “creatures of provinces.”

But no longer. Cities and regions are now the drivers of economic growth in a dramatically shifting world economy. Conteh explores this and other themes in his hot-off-the-press book Policy Governance in Multi-Level Systems: Economic Development and Policy Implementation in Canada. He sat down with the Brock News recently to discuss his research.

TBN: What are some of the main messages in your new book?

CC: It’s my conviction that the global economy is going through seismic change. The game plan has changed for how we understand economic development, industrial development, job creation. The book is about speaking to the issues we need to confront – a big one being structural changes in the Canadian economy – and what to do about these issues. I focus on four different regions in Canada, including Niagara.

CC: We used to think in terms of clearly defined economic sectors operating in a national, “Canadian” economy. Now, all economic sectors are interconnected and it’s all about Canada in the global economy. How do you engage global forces?

Canada – especially the Niagara Region – used to be a low-skilled, blue collar-driven, manufacturing-based economy; now it’s a high-skilled, knowledge-driven, innovation-based economy. Therefore, the structural characteristics of the economy are going from a sector focus to an inter-sector focus, from a national focus to an international focus, from a manufacturing, blue-collar focus to a highly-skilled, innovation focus.

TBN: What are some of these changes that need to be made provincially and nationally?

CC: Up until about a decade ago, Canadian governments took a “top-down” approach in forming and implementing macro-economic policy. The way that we designed federalism in Canada has resulted in cities being creatures of the provinces. They were the afterthought institutionally. What has changed fundamentally is that cities and regions are becoming the engines of growth, so we’re beginning to see a “bottom-up” approach.

In my book, I suggest that the provinces and the federal government will have to decentralize and delegate power and authority to cities and regions, which are at the centre stage of action. Governments need to give cities and regions adequate resources to be the main drivers of economic growth, whether attracting new businesses, whether creating new infrastructures, whether expanding new businesses. It’s like flipping our federalism upside down.

In the main global players from China to India, city-regions are driving change. We need to make a similar adjustment in Canada. That requires a lot of reflection. For instance, in the Niagara Region, we have to ask ourselves some profound questions: What are the strengths of the Niagara region? What are our assets? What exactly can we offer the world? What is our niche in the global economy?

TBN: There’s an increasing tendency of funding agencies to focus on applied research, particularly in the area of partnerships with industry to develop innovation. Do you have any thoughts about this shift in research focus?

CC: That could be the front line of the economic adjustment that we’re undergoing. In this new global system, the emphasis is on knowledge-driven economies and innovation. To talk about innovation is to focus on research and development. R&D involves the application of knowledge, the commercialization of knowledge for industrial use.

I like to refer to the “triple helix” metaphor that exists in the literature. It symbolizes a relationship among post-secondary institutions, industries and government. The infrastructure of those partnerships will leverage and maximize the potential of R&D. If you miss that infrastructure, if you miss those relationships, you have a lot of knowledge generation with nothing concrete resulting.

We need to talk about how to design this infrastructure within each region. Niagara has a university and a college. We have two post-secondary institutions within the same region – key assets to projecting ourselves into the global economy.

TBN: Anything else from your research you wish to highlight?

CC: Niagara is facing a “crisis phase of transition.” We have demographic decline, stagnation, an aging population, industrial dislocation of multinational corporations in all sectors. Who are we? What do we have? How do we move forward?

This crisis is an opportunity for Niagara to re-think, to re-design, to re-build itself. The movers and the shakers are no longer multi-national corporations, they are medium and small-sized businesses that will create jobs and fuel economic growth. What can be viewed as a crisis, in reality, is an opportunity to re-think the future of regions such as Niagara and cities in Canada.