Concordia sculpture on the move Monday 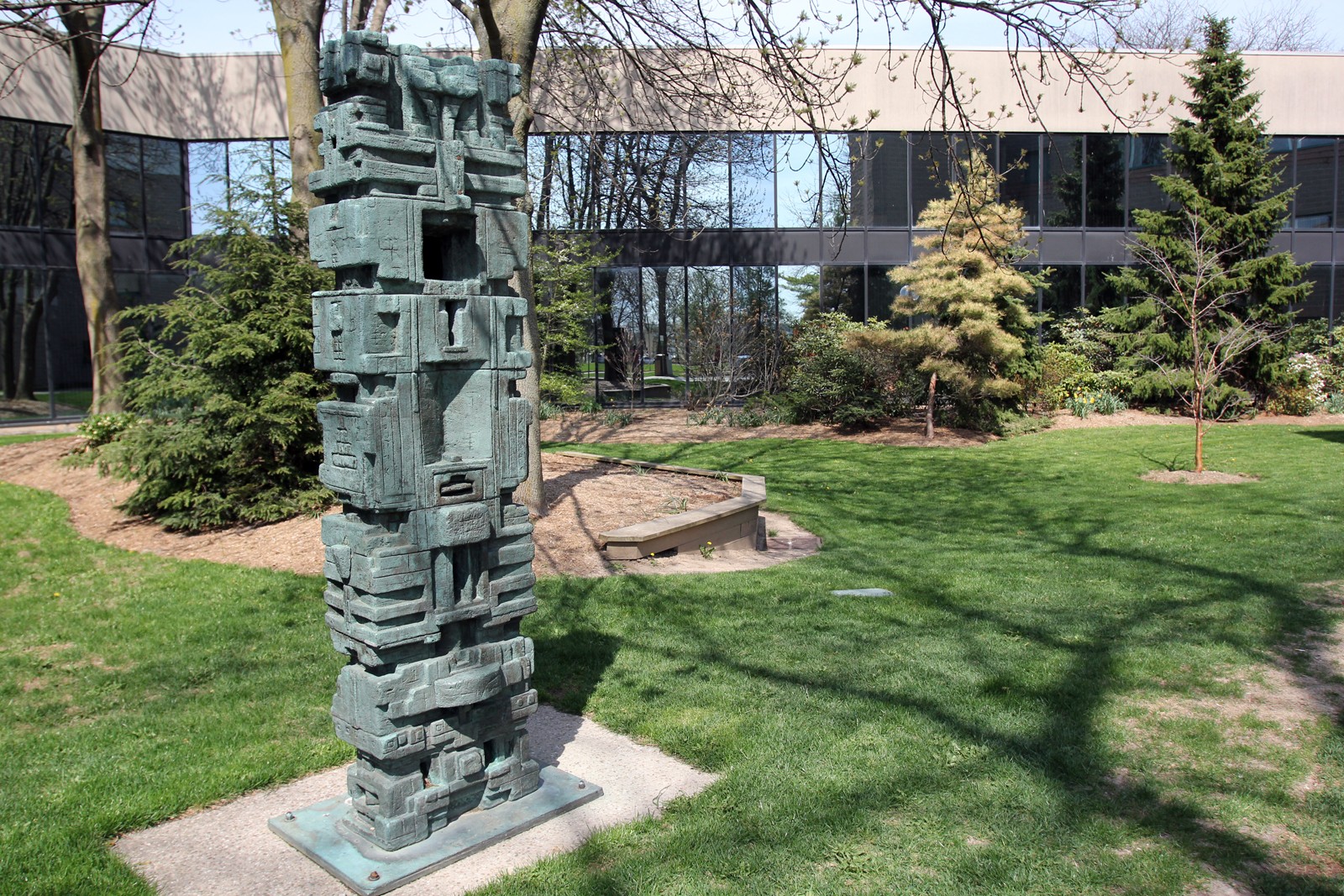 Concordia, a sculpture by Canadian artist Elza Mayhew, will move on Monday to its new home in the new garden outside the Cairns Complex. Concordia, a sculpture by Canadian artist Elza Mayhew, will move on Monday to its new home in the new garden outside the Cairns Complex.

For years, it has stood sentinel, keeping watch over the outdoor smoking area near the Schmon Tower.

But on Monday, Concordia, the bronze column tucked in a greenspace just east of the tower, in between Thistle Complex, Mackenzie Chown and Taro Hall, will move to a new location.

The one-ton sculpture created by Canadian artist Elza Mayhew will be moved to a new garden and sitting area on the north side of the Cairns Complex – its third home on the Brock campus since it arrived here in 1968 after being on display at Expo ’67 in Montreal.

The move puts Concordia in a more prominent location on campus.

“It’s got a very nice setting,” said Lesley Bell, Brock’s co-ordinator of collections and visual resource librarian. “It’s formal in a way but it will be a great location.”

The process is expected to last most of the workday, causing minor disruptions to traffic as it makes the trip to its new digs.

Workers are expected to begin the process at 7:30 a.m., building a protective crib around the sculpture, which will then be moved by forklift and a guide vehicle up Isaac Brock Boulevard East. This stretch will be closed during this time – just after 10 a.m. – to traffic.

Concordia will then travel along University Road East, which will remain open to other traffic, before turning onto the concrete walkway between Cairns and Mackenzie Chown and making its way to its awaiting plinth.

Faculty, staff, students and visitors to campus will still have access to the walkway and the smoking area while work is taking place.