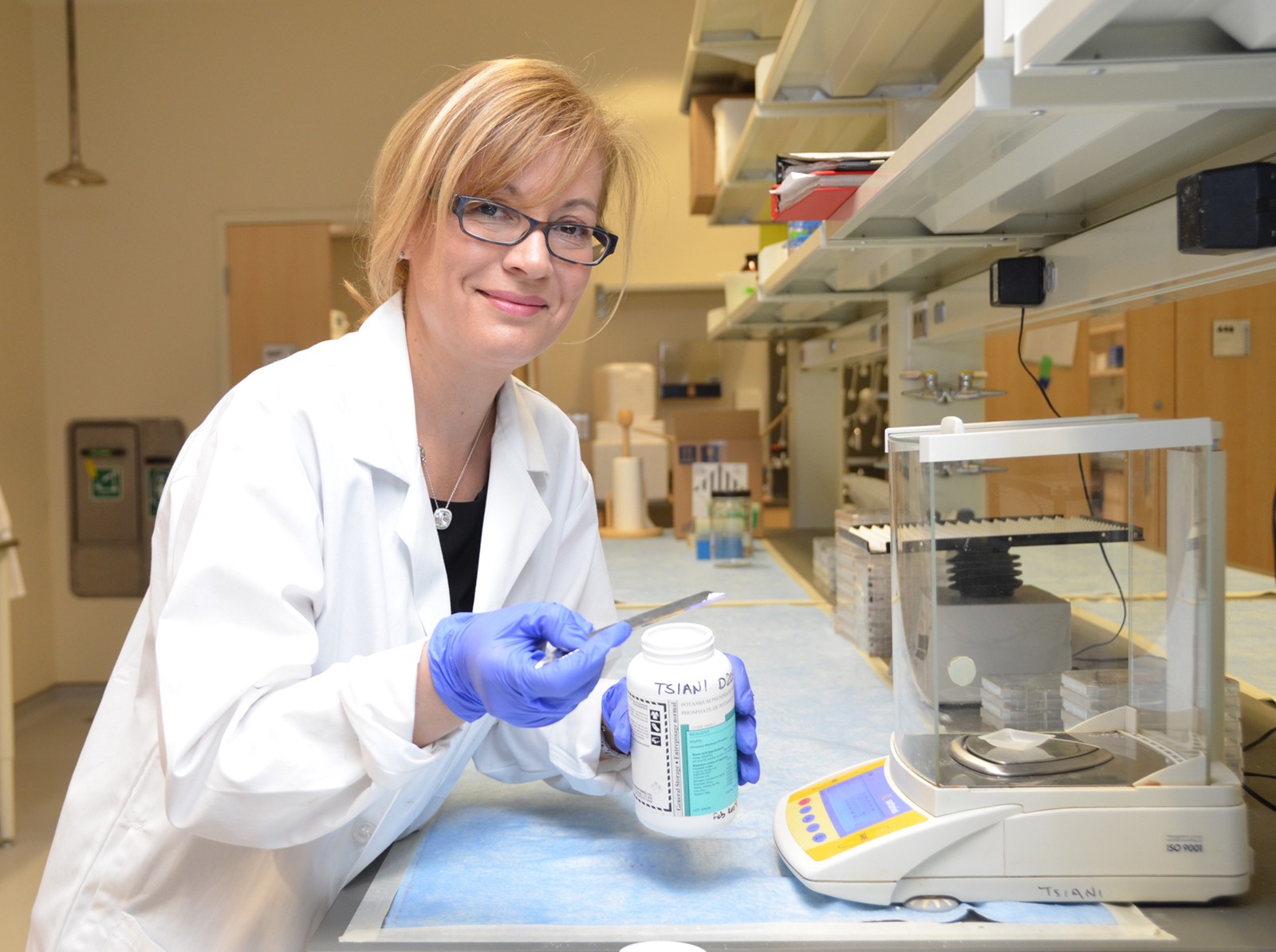 Evangelia Litsa Tsiani, associate professor in the Department of Community Health Sciences, was involved in a study that discovered the diabetes drug metformin could benefit lung cancer patients. Evangelia Litsa Tsiani, associate professor in the Department of Community Health Sciences, was involved in a study that discovered the diabetes drug metformin could benefit lung cancer patients.

The diabetes drug metformin slows the growth of lung cancer cells and makes them more likely to be killed by radiotherapy, according to a paper published May 1 in the British Journal of Cancer.

“Our study was performed using human cancer cells in culture, in vitro,” says Evangelia Litsa Tsiani, associate professor in the Department of Community Health Sciences and one of the paper’s authors. “Overall our study provides strong evidence and justifies the need of a clinical trial, a study in lung cancer patients.”

Tsiani, along with her graduate student Carly Barron, were members of the McMaster-led team that examined the effects of metformin on tumor growth in mice. The team found that metformin acted on the defence mechanisms that the most common form of lung cancer – non-small cell lung cancers – use to resist radiotherapy.

The researchers found that metformin appears to enhance “damage-detection signals” sent within cancer cells. These signals stop cancer cells from making the new proteins they need to grow rapidly or make new cells, ultimately encouraging them to die.

Tsiani cautions that it is early days to apply the results to people. “We did not perform any human studies and therefore it is not possible to recommend anything to patients at this stage,” she says. “The next step is to perform clinical trials and once we have the results of such studies then recommendations could be made.

“A potential contribution of my lab here at Brock will be to examine further the molecular pathways used in metformin action, which could help future clinical studies in the field,” Tsiani adds.