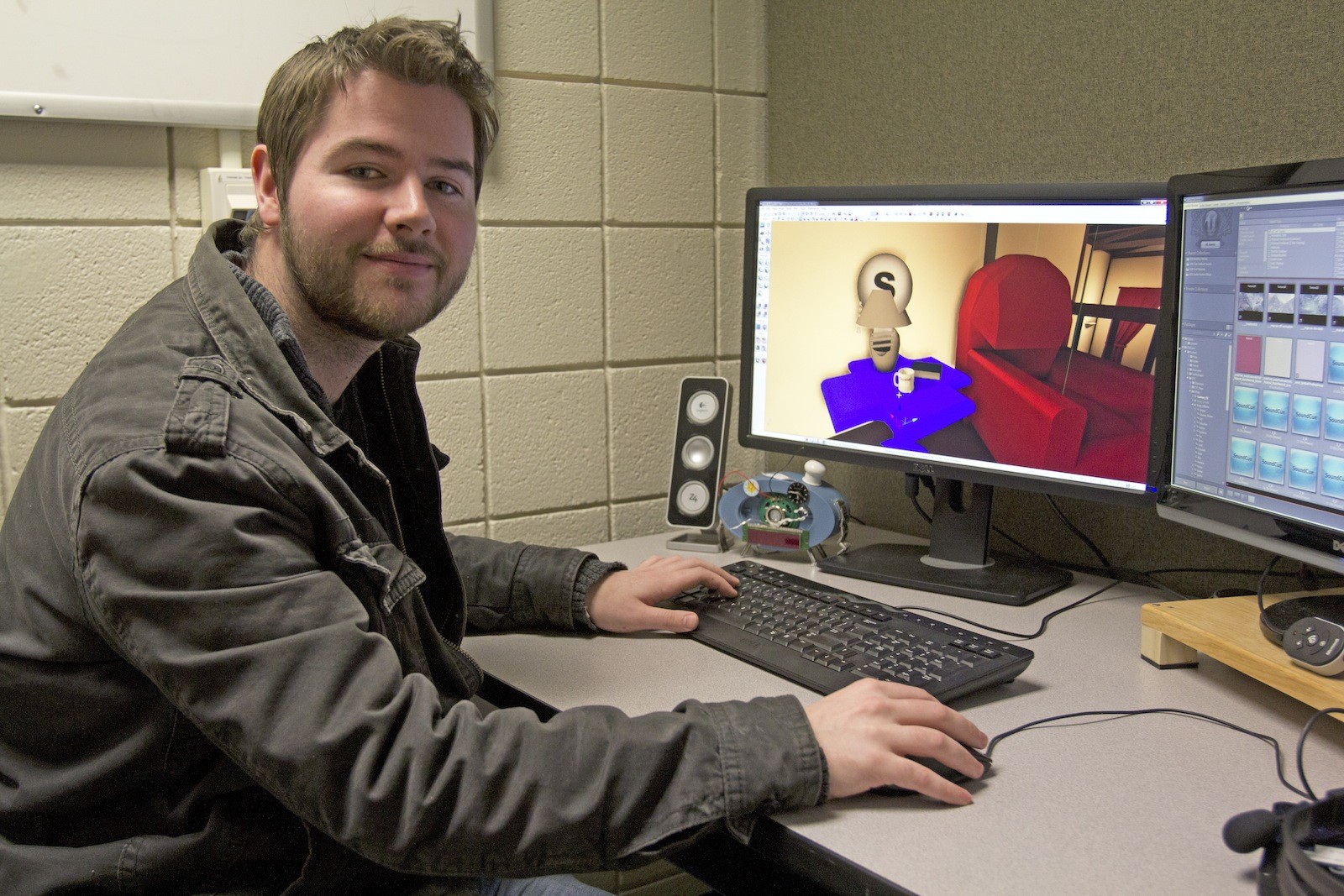 Kev Greene, a fourth-year interactive arts and science student, works on Awaken, a student-developed video headed to the Level Up gamin showcase and competition in Toronto this week. 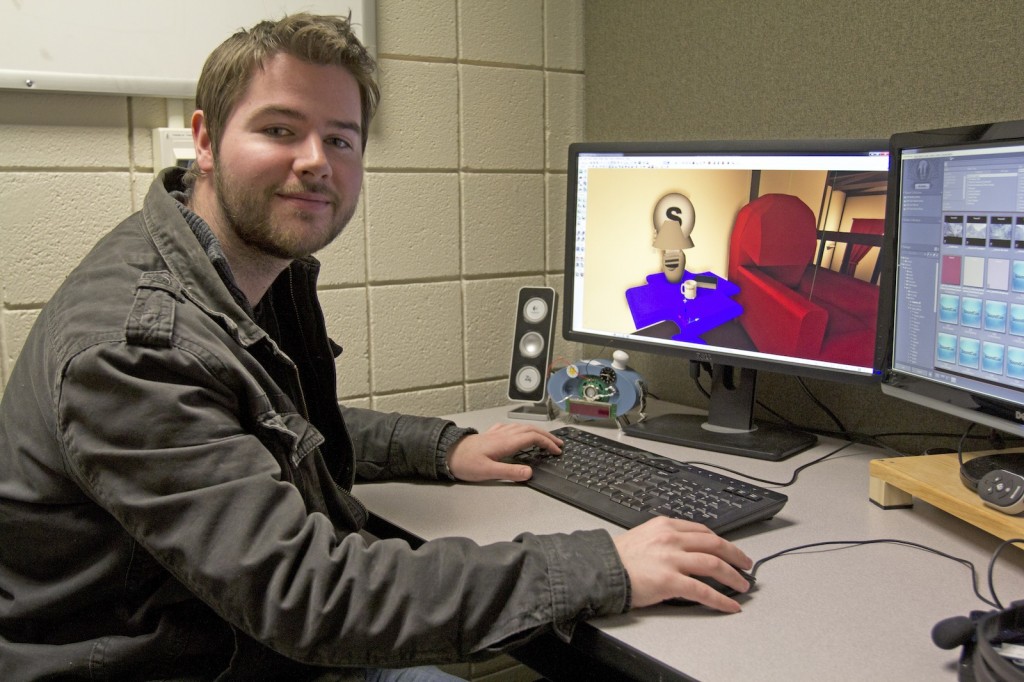 Kev Greene, a fourth-year interactive arts and science student, works on Awaken, a student-developed video game headed to the Level Up gaming showcase and competition in Toronto this week.

Kev Greene has a tough time playing the computer game Awaken for fun.

As the game’s designer, it’s hardly escape to delve into to the adventure game. Instead, it’s just another opportunity to find flaws and fix bugs that, admittedly, only he would notice.

That’s because on April 3, Awaken, a mixed media, choose-your-own-adventure PC game about a woman who loses her memory and must piece together a past event, will be on display at Level Up, a gaming showcase where student projects are judged by industry professionals and vendors.

Awaken, which was created by a team of 11 IASC students over 200 hours, will compete against games from 10 other Ontario colleges and universities. Industry bigwigs, including Microsoft and NBC Universal, are sponsoring the event, which Greene admitted is “kind of intimidating.”

This is the first time an IASC student project has competed at Level Up, described as “once-in-a-lifetime chance for graduating students to show off their creations to the world.”

“The majority (of reasons for participating) is to get awareness for Brock’s program and to make our name known as well, and to showcase our talents. And possibly get jobs” said Greene, who hopes to stay in Niagara after graduation and work as a game designer. “It’s also to see how we stack up against other universities.”

That exposure, in addition to Greene and crew creating “a thoughtfully conceived game” is why Prof. Jean Bridge encouraged the students to enter Awaken at Level Up.

“Many people don’t know about the program. This will start to change that,” Bridge said.

“Games are complex things to conceive and make – it really does take at least four years to just begin to be able to get something sophisticated created,” she added.

“Brock wants to known as a leader in this emerging and quickly evolving field and we are excited to see, and share with the larger community, the results of the hard work of everyone who has had faith in this program.”

Awaken is “a good twisty-turny experience” that takes about 20 minutes to play. Rather than involve weapons or combat, it uses interactive storytelling and challenging gameplay to keep players interested.

It has been tested and so far, the feedback has been positive, Greene said. The team will launch it officially on April 17, when it will be available to download for free.

But whether Greene will ever be able to just sit down for relaxing round is doubtful.

“I’d like to sit down and play to enjoy it. I don’t know if that day will ever come,” he said. “I just hope other people enjoy it. That’s the main goal.”