Brock club on the Go 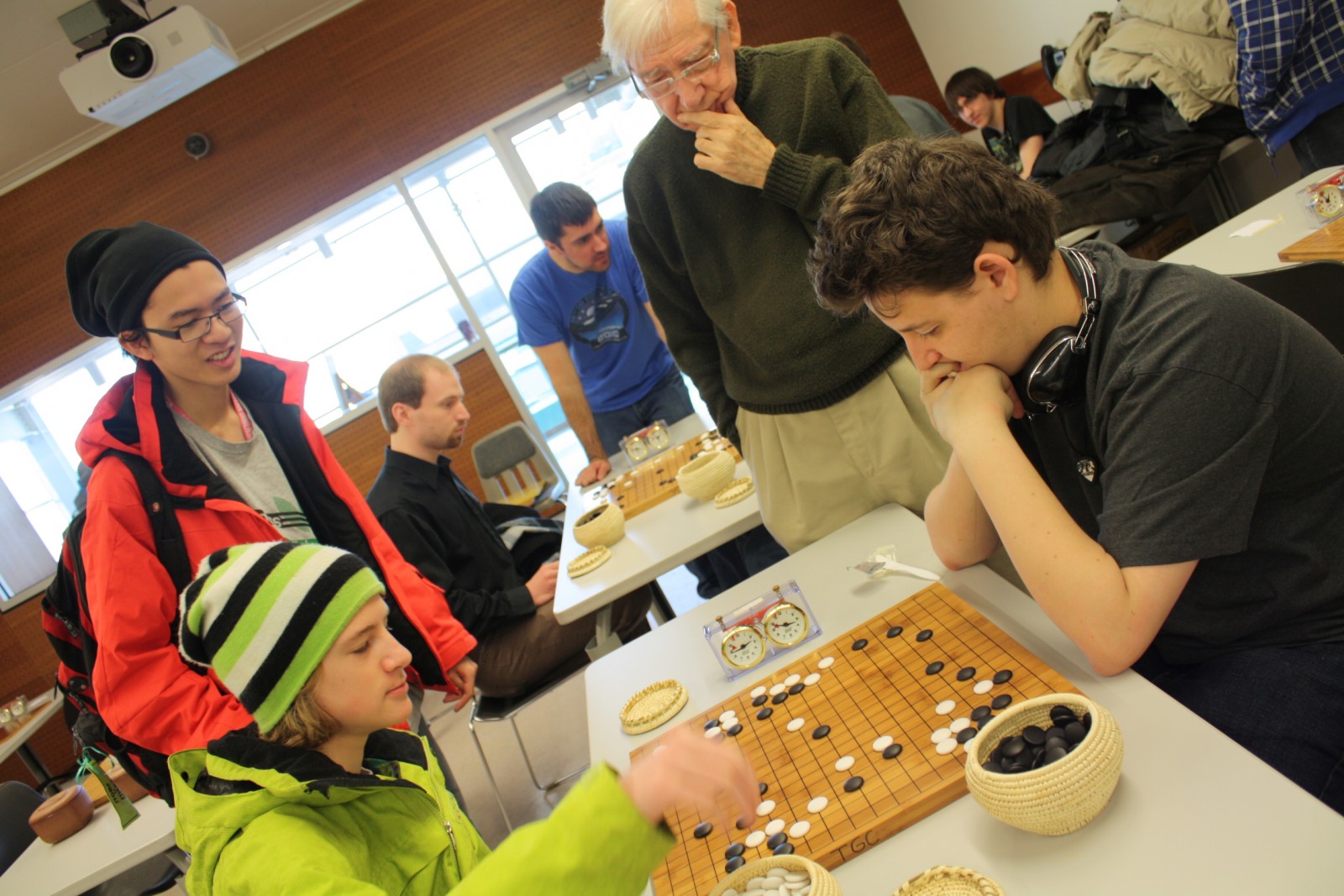 Students participate in a Go or Weiqi tournament at Brock last winter. Interest in the game, similar to Chinese checkers, is growing. Students participate in a Go or Weiqi tournament at Brock last winter. Interest in the game, similar to Chinese checkers, is growing.

It’s hard to believe that a board game that has been around for centuries is not better known but a group at Brock University is trying to change all that.

Go, or Weiqi, is a two-person board game based on strategy and tactics, developed in China between 2,500 and 4,000 years ago. Even though Go is not as well known as chess in the West, it has a growing player base in North America.

“Go is the oldest known board game and of interest to 100 million amateur players, professional players, computer programmers as a unique artificial intelligence challenge, mathematicians and others who model business strategies,” said Thomas Wolf, a professor in Brock’s Department of Mathematics and member of the University’s Weiqi (Go) Club.

The rules for Go are simple and can be learned in 15 minutes, but the depth and strategy of the game is unsurpassed. Children of all ages have shown they can compete with more experienced adults.

The game’s two players alternately place black and white playing pieces known as stones on the vacant intersections or points of a grid of 19×19 boards. Beginners often play on smaller 9×9 and 13×13 boards.

The object of the game is to use one’s stones to surround a larger total area of the board than the opponent. Once placed on the board, stones may not be moved, but stones are removed from the board if captured by being fully surrounded by opponent stones.

When a game concludes, the controlled points – or territory – are counted along with captured stones to determine who has more points. Games may also be won by resignation.

“On one hand the rules are very simple and easy to learn, but on the other, the size of the board with 19 horizontal and 19 vertical lines and stones to be put on intersections is big enough that much more abstract thinking, planning and trading takes place,” said Wolf.

“So in contrast to other games, the game becomes more interesting the more you play and study it, not only over days and months but over years and decades.”

The Brock Go Club has many different levels of players, from beginners with a few weeks experience to those who have been playing for more than 20 years.

The club has been busy – and successful – recently in competition, placing second in the second season of the American Collegiate Go Association (ACGA) League. Brock beat Princeton, Harvard and several other top university teams for the finish.

In March, Wolf and his son, Oliver, attended the 2013 ACGA Spring Expo at Harvard. Oliver, a 13-year-old Richmond Street School student in Thorold, placed second in his tournament.

With no adult tournament, Wolf sat out playing at the expo, participating instead in demos, talks and cultural events, and taking in professional and teaching games.

The Brock professor also presented a talk on Go strategy, which dealt with a stalemate situation where both players have to decide whether or not to make a move and thus whether the game has finished.

“Mathematics in the form of combinatorial game theory had so far only been applied to end-game positions,” Wolf explained. “My current interest includes so-called terminal seki positions, which are positions with a fine balance of the strength of both players.

“These positions are stable but fragile in that as soon one player does any move in this position, the player will lose at least some stones, so the best is for both players to pass in these positions and play elsewhere on the board,” he added.

Go is catching on, albeit slowly, Wolf noted.

There are several programs to support bringing Go to schools, along with many tournaments in North America and online events. There was a scientific symposium at the U.S. Go Congress last summer.

At the third Brock Go Tournament held in February, and supported by the Brock University Students’ Union and the Brock Confucius Institute, 20 players from St. Catharines, Hamilton, London and Guelph participated.

The Brock Go Club meets Wednesdays, 5 p.m. to 8 p.m., MCJ434, 500 Glenridge Ave., but is currently in recess due to exams and then summer break. For more information, visit the club online.