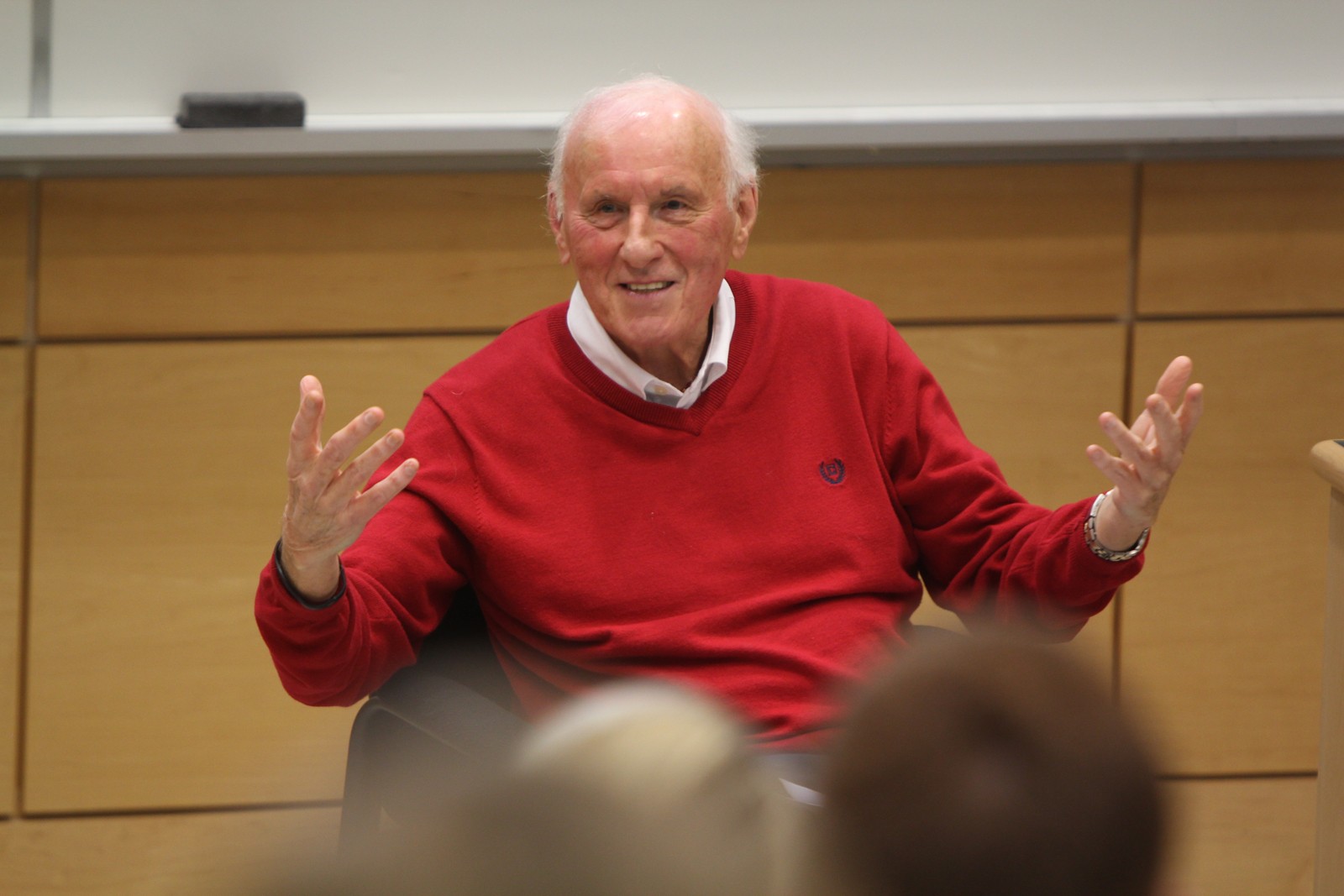 His stories were plentiful.

But as legendary television producer Ralph Mellanby regaled a second-year Media and Sport class with tales about producing that cornerstone of Canadian TV, Hockey Night in Canada, hiring Don Cherry to keep viewers interested between game periods, getting set lighting advice from film icon Norman Jewison, his advice to students was singular.

“We’re in the business of interpersonal skills and collaboration,” said Mellanby, who visited the class Thursday. “The other guy is the guy who teaches you. The other gal is the gal who teaches you what you don’t know. You come out of college and think you know it all. You don’t.” Mellanby credits teamwork – and several lucky breaks – for his 55 years in television production, starting as a prop boy at a local TV station in Windsor. Among his long list of achievements, Mellanby rose the ranks of executive producer for the Canadian broadcast of 15 Olympic games. He won five Emmy awards for his work.

Many people helped him along in his career, he said.

“That person sitting next to you is as big as any producer walking in. You need to work together, not stab each other in the back,” Mellanby said. “When you see great shows… that’s not a big producer. That’s the cameraman… the whole crew.”

As quick as he is to credit others with his success, Mellanby was lightening fast in his quips about hiring one of the loudest and most controversial personalities in Canada’s broadcast history.

“Don’t blame me,” he said when students learned he hired Don Cherry to fill Hockey Night in Canada intermissions with Coach’s Corner.

Mellanby said Cherry’s brash ways got him banned from CBC buildings and his colleagues threatened to quit if the outspoken Cherry wasn’t spiked first. But Mellanby fought to keep him on air. Viewers, love him or hate him, never missed him and sponsors lapped up his ability to keep people glued to the tube, he said.

“I never muzzled him. I checked him a lot,” he said. “He wouldn’t do with me the things he does now.”

Mellanby also told students they are entering an industry with great opportunity, noting he’s currently working on an online-only show, a medium that didn’t exist for much of his career.

“If you really want a career in TV, radio or journalism… you’ll get it,” he said. “You’ve got to love the business.”