Waste not — organics recycling at Brock 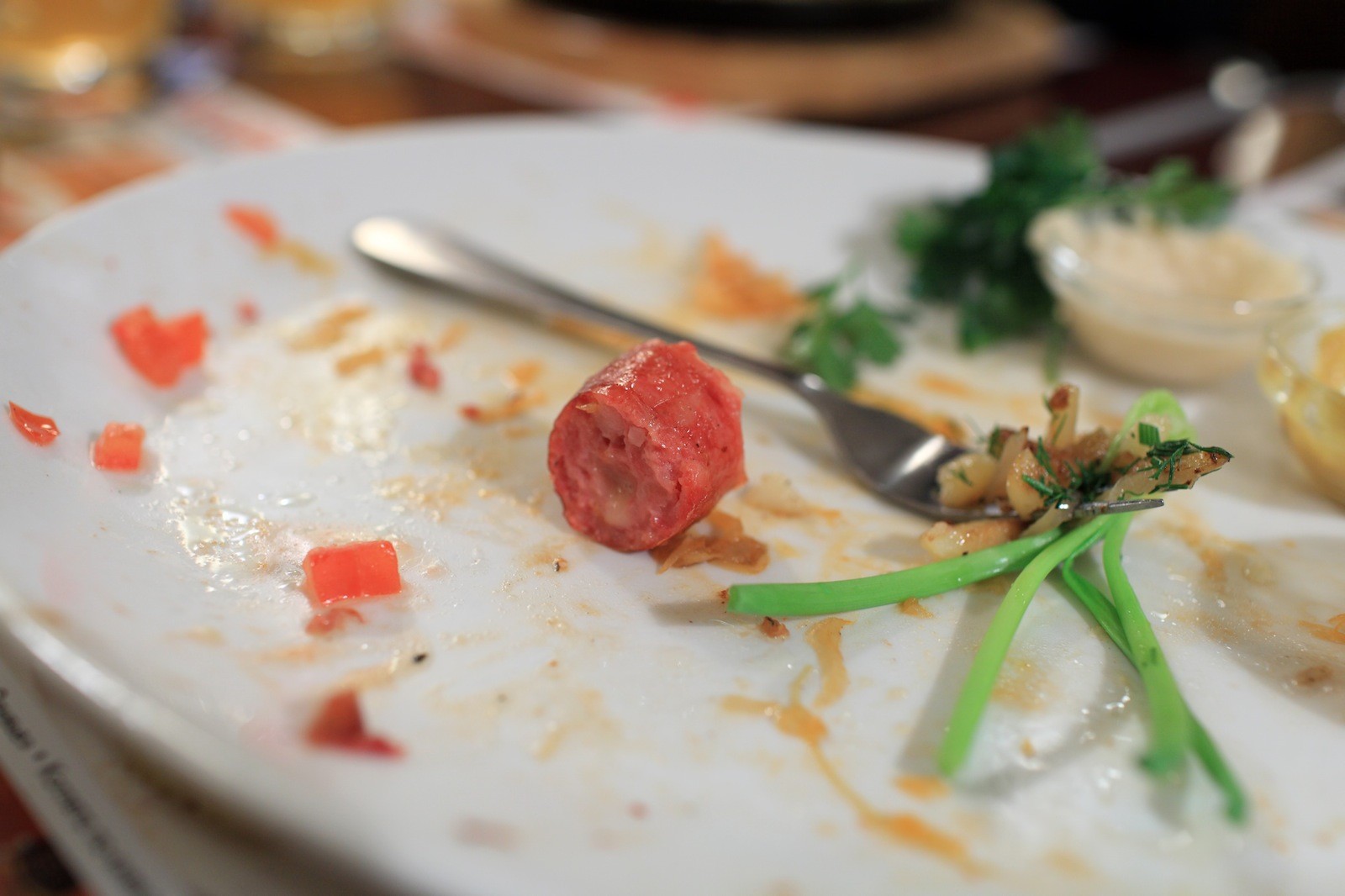 According to a 2011 Brock waste audit report, close to 50 per cent of all waste that the University sends to landfill is organic material.

Although organic waste is the largest contributor to the waste stream, everything from food scraps (including meat, fish and bones) to sandwich and fruit leftovers, to coffee grounds and tea bags, are compostable and can be recycled at the University.

In order to get the word out about organics recycling at Brock, custodial services and food services staff in conjunction with the University’s Sustainability Co-ordinating Committee have partnered to make it easy for everyone to chip in and help out.

“This is an area where the individual user can help the University to achieve a higher waste diversion rate,” says Domenic Maniccia, director of custodial services. “We’re looking to encourage a culture of organic recycling here at Brock.

“The biggest opportunity to capture organic waste at the University is definitely in our eating areas – dining halls, food services areas, kitchens and lounges,” he adds.

“The concern is not so much behind the counter because dining services is already doing a good job of recycling organics in kitchens and prep areas. Our focus is on what the end user is doing with food scraps.”

In an effort to improve the University’s organic capture rate, several initiatives have been put in place.

Organics recycling bins are available for all department and faculty lounges and kitchens on campus. Bins are lined with biodegradable bags and are maintained by custodial staff. This program was launched as a trial in Schmon Tower in Fall 2011 and was rolled out campus-wide in Spring 2012.

Many of the recognizable green bins are already in place in lounges and kitchens. If your area does not have one and you would like to request one, you can do so by contacting Custodial Services at x3508.

View a list of what can and can’t be placed in organics collection bins.

Coffee cup recycling at Brock was introduced in 2009. These are not part of the organics recycling program and are collected separately. They can be disposed of in marked containers where coffee is sold on campus.

Also this September, garbage cans were removed from Market Hall in an effort to better capture and separate organics and other recyclable materials. Patrons are now asked to leave their leftover food scraps and garbage on their cafeteria trays and to place them on the conveyor belt for sorting.

Other food areas on campus, such as Lowenberger and DeCew dining halls for example, still rely on patrons to separate waste into the various recycling and waste bins.

“Takeout containers are also one of our biggest challenges,” Maniccia says. “So whether you bring your food back to your office, or you’re eating in the cafeteria or on the run, find one of these organic waste bins and throw your food scraps there.”

In 2010, Brock generated 620,000 kilograms of organic waste and 448,000 kilograms of that waste was composted (72 per cent organics recycling rate). That year, the University’s overall rate of diverting waste from landfill was 79 per cent.

In 2011, Brock generated 578,000 kilograms of organic waste and 351,000 kilograms were composted (61 per cent organics recycling rate). There was an increase in the total amount of waste generated at the institution between 2010 and 2011, and the overall waste diversion rate for the University dropped to 73 per cent. However, this increase can be attributed to the sizeable reported decrease in organic waste that was composted.

“Basically, that’s where our 6 per cent overall drop originated from,” Maniccia says. “Our goal for this year is to get our diversion rate back up to where it was in 2010.”