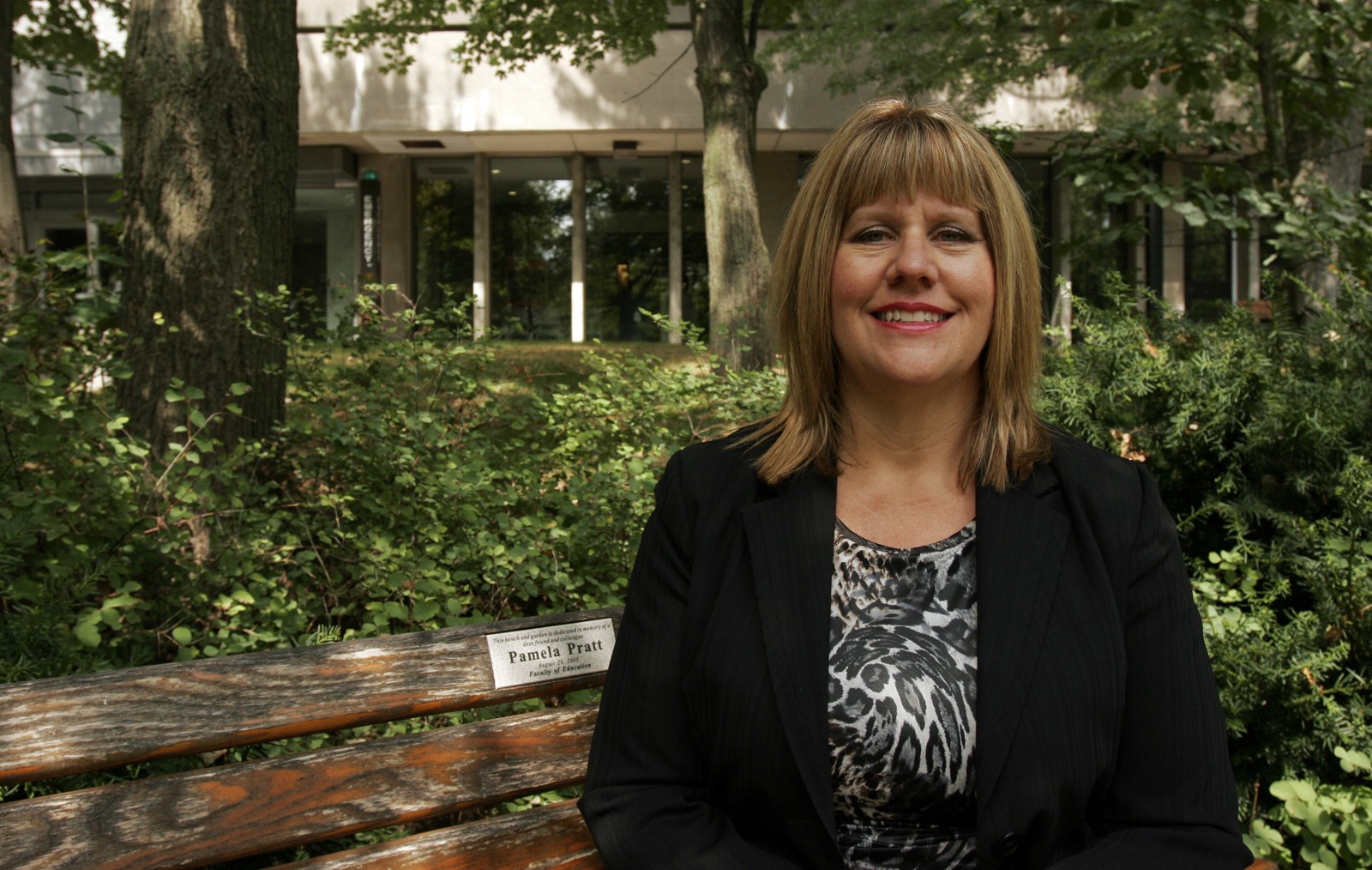 When Barbara Sainty moved into Joanne McKee’s old office this week, she found an office-warming gift.

On the white board in the office was a giant hand-drawn heart with ‘I love you mom’ written across it.

It was put there by McKee’s son Jonathan and as the interim Vice-President of Finance packed up and cleaned out her digs on the 12th floor of the Schmon Tower last week to move on to a new post at Wilfrid Laurier University, she couldn’t bring herself to erase it.

If anything, it’s a symbol of McKee’s last 10 years here and how much Brock accommodated her home life as much as it nurtured her career.

Turn the clock back 10 years and the newly hired McKee, who had been working in Niagara College’s finance department, started at the University three weeks before giving birth to her youngest son Joshua. Those early days at the office were scheduled as much around the work at hand as the demands of a newborn.

“My first experience with Brock was just how accommodating it was,” McKee recalled. “That says a lot about the University.

“I remember (then President) David Atkinson saying he didn’t know who was in charge of scheduling budget meetings – him or my son,” she added with a laugh.

Now, 10 years later, it will be someone else entirely calling those shots as McKee moves on to become the assistant vice-president of financial resources at Laurier.

“It’s really surreal,” said McKee, who started at Laurier on Monday. “I’m trying to keep myself from getting emotional. It’s bittersweet. I’m excited about the opportunity but it’s always sad to leave the people you work with and the relationships you build.”

Once at Laurier, she’ll do much the same of what she did during her tenure at Brock: help move the university forward.

McKee discovered while helping the Waterloo-based university during a peer review of its finance department earlier this year that it was going through issues she helped Brock work through over the years.

“On the flipside, they’ve made a lot of progress on things we haven’t done yet,” she noted. “With my 20 years between Niagara College and Brock University, I feel like I’m walking into Wilfrid Laurier to help them and build on things they’ve already accomplished and start things we’ve already done here.”

And just because she’s leaving Brock, a place that’s also her alma mater, it doesn’t mean Brock is leaving McKee.

“I’ve really made a lot of wonderful friendships, relationships. It’s like a family,” she said. “I’m going to miss everyone but we’ll stay connected because of those relationships we’ve built.”