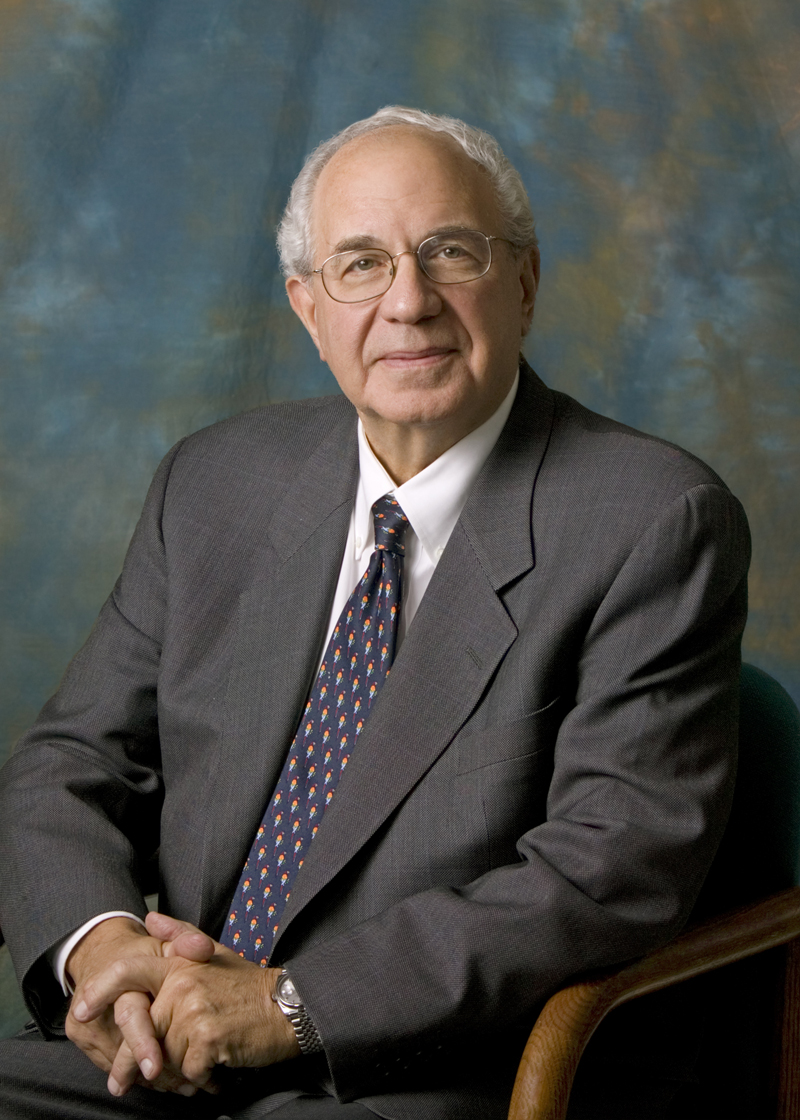 Brock's Faculty of Business will now be known as the Goodman School of Business, named after Brock's Chancellor and renowned businessman Ned Goodman. Brock's Faculty of Business will now be known as the Goodman School of Business, named after Brock's Chancellor and renowned businessman Ned Goodman.

For the first time in its history, Brock University is renaming one of its faculties.

Brock announced today that its Faculty of Business will be known from now on as the Goodman School of Business. The school is being named for the family of Ned Goodman, the businessman and investment expert who has been the University’s Chancellor for the past five years.

Brock President Jack Lightstone said the decision was made after the Goodman Foundation made a transformational gift to the school. The University is respecting the Foundation’s wishes not to reveal the amount.

“This wonderful news bodes well for the future of the University on a number of levels, not least of which are the kinds of resources and facilities it will mean for faculty and students, for generations to come. Brock could not be more grateful for the honour of having the Goodman name, an iconic and respected Canadian business family name, as part of our school,” Lightstone said. Mark Goodman, Ned’s son, said the Goodman family is proud to provide Brock with new capital funding so that the Goodman School of Business can look forward to expansion of its excellence in business education, encouraging economic freedom to Brock students and its graduates.

“My family looks forward to working with the University in the continuance of upgrading the excellence of the Goodman School of Business now and in the future,” he said.

Lightstone said Goodman has taken a very keen interest in the University during his time as Chancellor.

“Ned has certainly been a source of invaluable counsel as the University has navigated its way through the challenges and growing pains that inevitably characterize periods of significant expansion,” he said. “So after all of that service and guidance, we are now honoured to permanently create a legacy in perpetuity that speaks to this family’s generosity and to its commitment that Brock play the biggest role it can in preparing today’s students to be tomorrow’s public and private leaders.”

Don Cyr, Brock’s Dean of Business, called this moment “a pivotal turning point for the Faculty of Business, providing us with resources and impetus to take our rightful place as leaders in business education and research.”

Ned Goodman has agreed to serve as an adjunct professor to the Goodman School of Business, providing future students access to his many years of business and investment experience.

Brock will benefit by being able to fund a number of initiatives, including academic research, community outreach and business development activities, as well as scholarships and awards, Lightstone said. He noted the gift will also “advance discussions” about a new building for the Goodman School.

David Petis, Vice-President of University Advancement, added that “strategic private investment allows Brock to support expansion due to the high demand for precisely the kind of education that Brock offers. More importantly, it strengthens our ability to excel in teaching and research.”

Ned Goodman’s investment experience spans more than 40 years as a securities analyst, portfolio manager and senior executive, and he has established a reputation as one of Canada’s most successful investment counsellors. He formed the Dundee group of financial companies in the 1990s, which became a Canadian leader in providing investment and wealth management advice and a wide array of investment products through DundeeWealth and Dynamic Funds, which were sold to Scotiabank in 2011.

Goodman is a geologist who has a bachelor of science degree from McGill University and a master of business administration from the University of Toronto. He earned the designation of chartered financial analyst in 1967.

In 1997 he was awarded a Doctorate of Laws, honoris causa, by Concordia University. He was named entrepreneur of the year in 2004 and developer of the year in 1989. In November 2005, he was honoured with the career achievement award at the 11th annual Canadian Investment Awards. In 2012, he was inducted into the Canadian Mining Hall of Fame and was the 2012 recipient of the Fraser Institute’s T. Patrick Boyle Founder’s Award recognizing outstanding achievements in entrepreneurship, dedication to competitive capitalism and free markets, and philanthropic support for private-sector, non-profit enterprises.

When asked about the family’s decision to support Brock, Goodman responded, “We did not do this to be celebrated or for publicity, but because during my time as Brock’s Chancellor, I have come to know that the Faculty of Business is a stellar operation, often hitting above its weight class.

“Last week, I gave a talk to the Fraser Institute about the need to build ‘economic freedom.’ Today it is my wish that the Goodman School of Business provides the environment in which to build academic as well as overall freedom, to allow students and faculty to be nimble, smart and use this opportunity to enhance freedom in Niagara and beyond.”

Goodman stated that his career had been built and grown by the motto of Surgite even before he discovered Brock University, and the fact that Sir Isaac Brock used the expression in the 1812 war against the Americans, telling his troops to “push on, regardless.”

5 comments on “Brock University creates the Goodman School of Business”