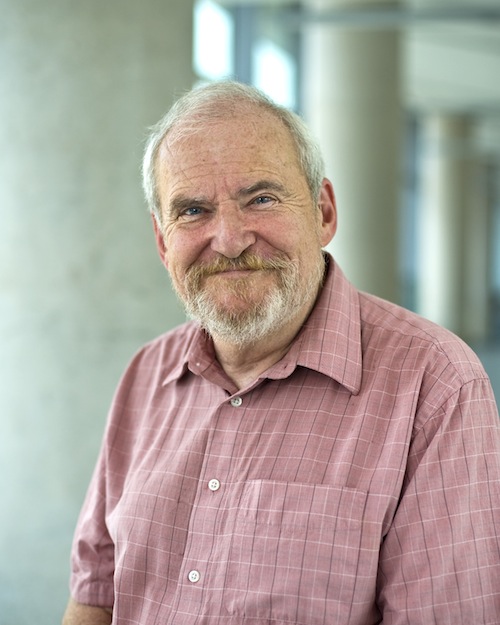 Les McCurdy-Myers will be toasted and roasted at this year's Tribute! event on Sept. 21. Les McCurdy-Myers will be toasted and roasted at this year's Tribute! event on Sept. 21.

For years as McCurdy-Myers, Brock’s manager of personal counselling and leadership development, plugged away at his psychology degree as a part-time student at Brock, he was dogged by this niggling feeling that maybe it wasn’t meant to be.

After all, as someone who failed Grade 1 and Grade 6, McCurdy-Myers figured he didn’t have what it took to go to university. And he had even less of it to go on to grad school at the University of Toronto.

The answer, in hindsight, was simple enough for a guy who was given the moniker Lester the Tester while working in quality control at the Ontario Paper Company in Thorold – Les is actually short for Leslie – while getting his bachelor’s degree.

He worked hard, got good grades, started to take on more at school and had a professor who believed in him, even when McCurdy-Myers didn’t always believe in himself.

It was David Jordan, who taught McCurdy-Myers in a fourth year psychology course and was director at the Student Development Centre, where McCurdy-Myers worked as a peer counsellor. Jordan told the budding psychologist he thought he had something to bring to the profession.

The other counsellors at the centre also considered McCurdy-Myers more of a colleague than a student peer counsellor and his thinking began to change.
“I’m smart enough to at least try and see what I can do,” McCurdy-Myers recalled thinking about his graduate studies.

Still, he left his coffee mug behind because he was sure whatever happened he was coming back to Brock.

He was right. During his graduate studies, he completed three internships at the University. When he finished school, he got a contract job, then worked up to permanent seasonal status before becoming a fixture year-round in the Student Development Centre for the next 35 years.

In that time, McCurdy-Myers helped students through trying times, has coached 36 crews of residence dons to be able to assist those living on campus and serves as a residence liaison, stepping in when crisis calls.

Now he’s eyeing Freedom 70, depending how he feels, and having 40 groups of dons trained by the time he calls it a career.

In the meantime, though, McCurdy-Myers will be toasted – and roasted – at this year’s Tribute! event on Sept. 21 where he is the guest of honour.

For a guy whose thesis topic was humour, his mantra is “He took himself seriously but tried not to take himself solemnly.”

Ask him if he’s OK with being poked fun at in a roast and he’ll answer yes, albeit slowly.

“It took a little bit to sink in. Then I started to think, what if no one shows up,” McCurdy-Myers said.

He is convinced, though, that there’s enough fodder for the folks who will be taking shots at him.

“I’d be lying if I didn’t say on occasion I’ve done some laughable things and that’s fine,” he said.

The Tribute! event honouring Les McCurdy-Myers happens Friday, Sept. 21 at 6:30 p.m. at Pond Inlet. Tickets are $45, include dinner with wine and parking, and must be purchased in advance.