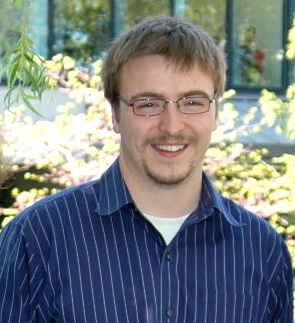 Everyone knows that vitamin E is considered to be an essential vitamin, especially for reproduction. But Drew Marquardt wants to know why.

“We all know we need to get our vitamins, but it’s not clear that taking more Vitamin E helps,” he says. “Some very large studies have come up empty – why?”

For asking that question – and vowing to find the answer – Marquardt is one of two Brock University recipients of the Vanier Canada Graduate Scholarship for 2012. His research is titled “Vitamin E’s biological role.”

“My project is to make a link between the structure of vitamin E and its role in the human cell,” he says.

Researchers agree that compounds in vitamin E act as fat-soluble antioxidants and are commonly used as preservatives in cosmetics and foods. But “the living person isn’t a cosmetics product,” Marquardt says.

Humans retain a molecule called alpha-tocopherol from the vitamin E family. Researchers are divided as to whether this molecule acts as an antioxidant or performs some other function in humans. An antioxidant is a substance that protects cells from being damaged by unstable molecules called free radicals.

“We hypothesize that vitamin E is used to protect polyunsaturated fatty acids in humans,” he says.

Marquardt will be looking at whether vitamin E’s location in a cell membrane plays a role in a human cell. He will use technology that scatters neutrons, which enables scientists to examine the tiniest materials.

“With a better understanding of vitamin E’s biological role, we can begin to figure out why research on vitamin E supplements show no clear health benefits and, in fact, too much vitamin E may be harmful,” he says.

Marquardt sings the praises of his supervisor Thad Harroun. “I wouldn’t be doing this work if it wasn’t for Dr. Harroun,” he says, adding that earning all of his degrees at Brock University “was one of the best decisions I could have made. It was always an open-door policy with Dr. Harroun. I learned directly from a professor.”

“It’s been a blast to work with someone as enthusiastic as Drew,” Harroun says.

“This Vanier is well earned. He made a difficult transition from chemistry to physics and has picked up a lot of biology on the way,” he says. “That’s not easy, yet he enjoys it.”

Marquardt has published five peer-reviewed papers in top journals in the field, three peer-reviewed abstracts at national conferences, and two reports, with several additional papers in the pipeline from his work at the Canadian Neutron Beam Centre.

Marquardt is doing his research at the Canadian Neutron Beam Centre in Chalk River.