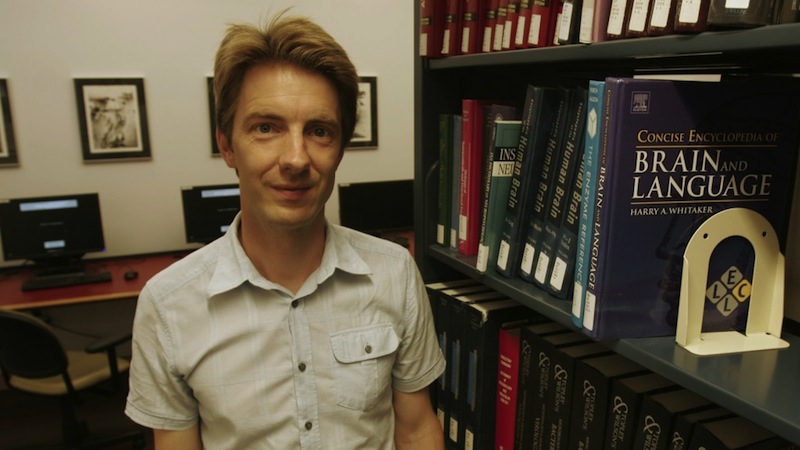 Developmental psychologist Jan Frijters is one of a four-institution group of researchers that has just received a five-year, $10-million grant from the U.S. government's Institute of Education Science to study underlying cognitive and motivational issues in adults who find reading a challenge.

Jan Frijters’ research participants are usually about four feet tall and like to hang out in the playground.

But now, the applied developmental psychologist in the Department of Child and Youth Studies, who specializes in children’s learning, is taking his research to the next level: adults who struggle to read basic words.

Frijters is one of a four-institution group of researchers that has just received a five-year, $10-million grant from the U.S. government’s Institute of Education Science to study underlying cognitive and motivational issues in adults who find reading a challenge.

“Kids are in high demand for studies on low literacy,” Frijters says. “This adult population is so needy and understudied. It was shocking, the receptivity this community has to collaborating in research.”

During the study’s first year, 500 adults – half from Canada and half from the U.S. – will be examined for their pattern of thinking abilities, what motivates them to learn to read, and other issues. Participants need to be 18 years or older, enrolled in an adult literacy program and have a literacy level of between grades 3 to 8.

The next four years will involve developing and piloting a program to improve literacy for these adults.

Frijters points to a reading program for struggling readers, known in the research literature as PHAST or PHAST PACES, that teaches children strategies to read unfamiliar words and text. PHAST was developed by another researcher on the new grant, Maureen Lovett, a senior scientist at the SickKids Hospital in Toronto and a professor at the University of Toronto.

“The idea is to take the seed from PHAST in collaboration with adult literacy agencies to be used in adult literacy interventions,” Frijters says. He says adults will be able to improve their literacy skills through interacting with web-based software agents outside of the classroom, “because adult lives are complex, with multiple responsibilities and time demands.”

Most of the research participants will come from the Greater Toronto and Hamilton Areas.

“I will be seeking talented graduate students in the area of adult learning, and the cognitive and motivational aspects of reading skill,” Frijters says.

According to the Conference Board of Canada, “four out of 10 Canadians have literacy skills too low to be fully competent in most jobs in our modern economy.”

About 43 percent of adults in the U.S. read at basic or below basic levels of literacy, with almost half of those earning incomes below the national poverty threshold, according to the most recent National Assessment of Adult Literacy.