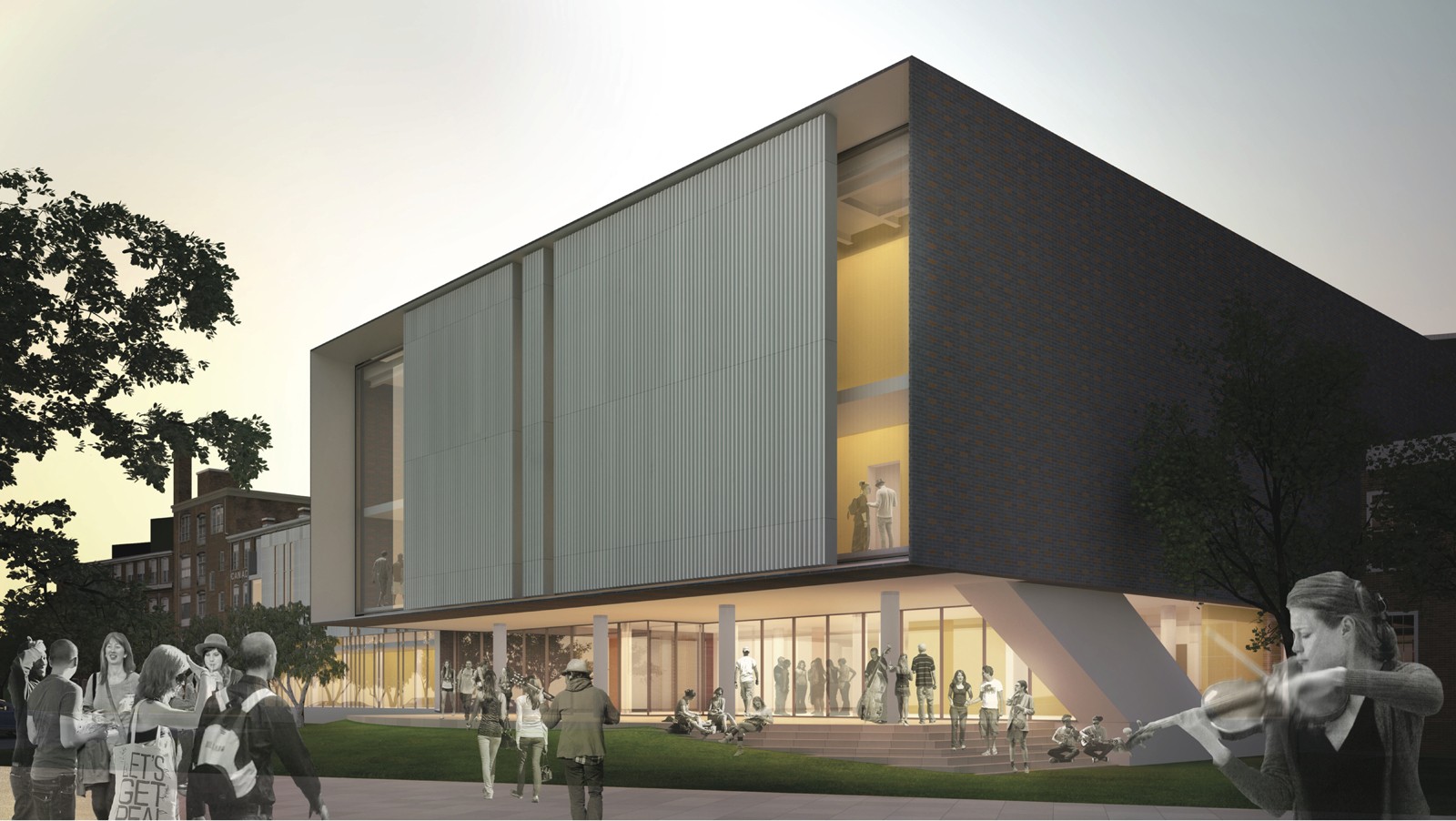 An artist's rendering of the Marilyn I. Walker School for the Fine and Performing Arts

As Brock University prepares to select a contractor for its new arts school in central St. Catharines, community members are coming forward to financially back a project many people see as being a crucial bridge to future economic and cultural health.

This summer, contractors will be invited to bid on the major job of renovating and expanding the old Canada Hair Cloth textile mill into the new home for Brock’s Marilyn I. Walker School of Fine and Performing Arts. Work is to begin this fall.

Besides relocating 500 students, faculty and staff into the downtown, the new school will also complement and share some facilities with a public Performing Arts Centre being built by the City of St. Catharines on an adjacent lot. Both projects are scheduled for completion in 2014.

Brock’s school has a construction budget of $39.6 million. The Ontario government has given $26.1 million to the project, and the University is continuing efforts to raise more than $10-million to pay its share.

Important supporters of the Brock project were revealed today when it was announced that three donors with strong ties to the community and Brock University are making gifts totaling more than a quarter-million dollars.

Peter and Janet Partridge are giving $100,000 to the project. Art and Val Fleming have also committed $100,000. And the St. Catharines law firm of Lancaster Brooks & Welch is donating $75,000 to the new school.

Peter Partridge, Vice President and Portfolio Manager with RBC Dominion Securities and a past member of Brock’s Board of Trustees, said their gift is a way of giving back to the community.

“To have a cultural campus strategically positioned in the heart of the downtown is very important,” he said. “This is going to bring a whole new level of artistic experience not only to young performers but to an audience here in Niagara.”

The Flemings are also eager to see the Walker School flourish.

“We really believe in Brock,” said Val, a Brock graduate and past member of the Board of Trustees. “We especially want the Walker project to succeed. It’s a wonderful opportunity, and we believe the downtown will definitely be rejuvenated because of it.”

At the offices of Lancaster Brooks Welch, senior partner Dave Edwards said the law firm believes the benefits of the new school will be more than economic.

“This will change the culture of the city centre for the better by bringing students into the downtown during normal working hours,” said Edwards, a former member and chair of the Brock Board of Trustees. “It will provide an integration that’s entirely different compared to when they’re only downtown at nighttime.

“It makes you think of Kingston, and how students there are often in the downtown during the day. This will help our restaurants, stores, coffee shops, and bring a new vibrancy to the downtown throughout the day.”

Douglas Kneale, Dean of the Faculty of Humanities at Brock and a member of the committee overseeing the University’s downtown project, said the support is very heartening and much-needed.

“The truth is, we really are all in this together, this strengthening of the community,” said Kneale. “And when you have partners like these marvelous people, it is this kind of support that helps make these dreams come true for everybody.”