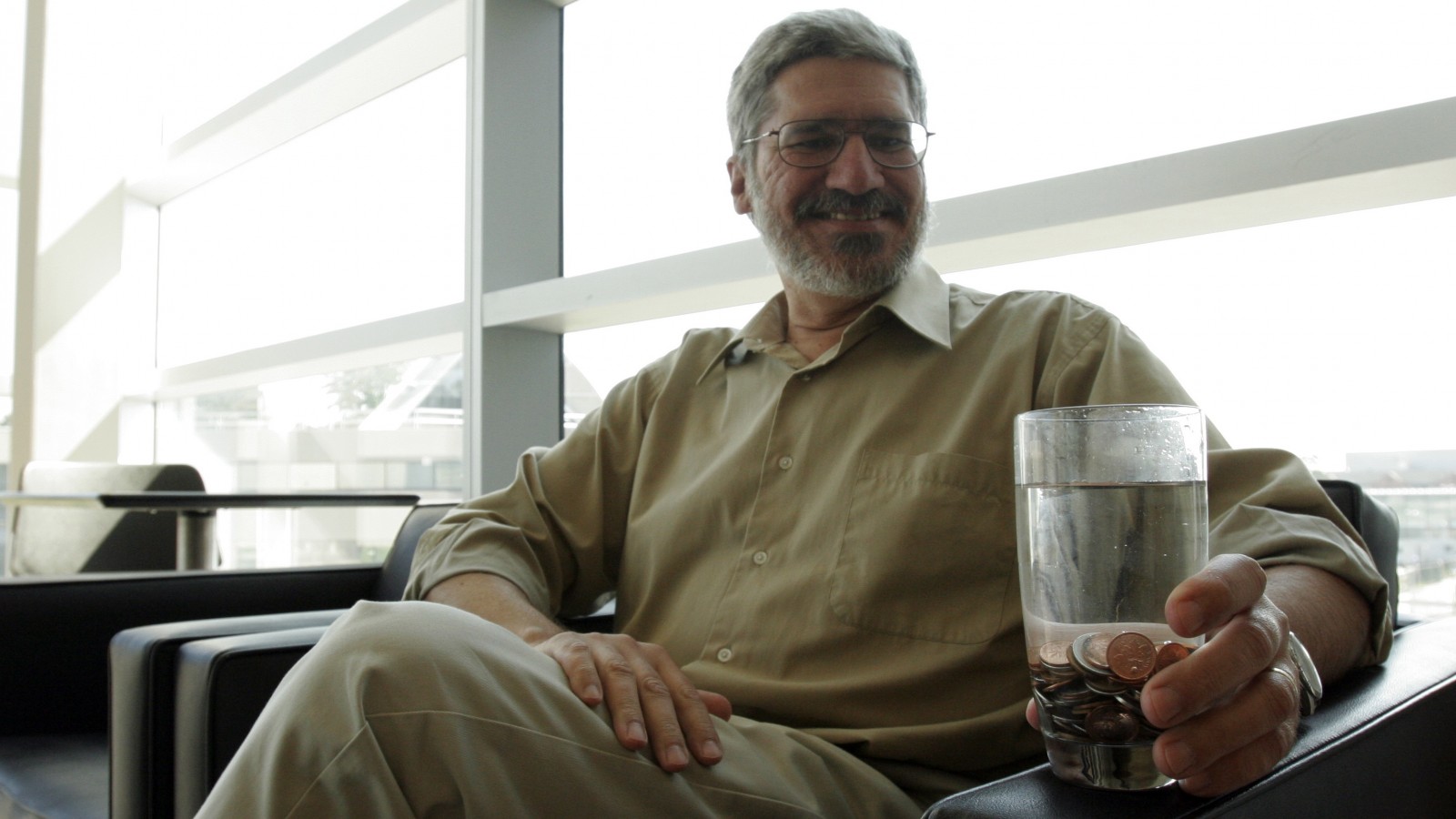 Steve Renzetti, associate professor of economics at Brock, is leading the “Water Economics, policy and governance network” project, which received a $2.3-million Partnership Grant from SSHRC Steven Renzetti, professor of economics at Brock, is leading the “Water Economics, policy and governance network” project, which received a $2.3-million Partnership Grant from SSHRC

Water researchers at Brock University have received federal funds to set-up a research network to look at the economic, political and social aspects of water-related issues.

“The people we have involved in this network are some of the all-stars of Canadian water researchers,” says Steven Renzetti, a water economist who is leading the “Water Economics, policy and governance network” project, which received a Partnership Grant from the Social Sciences and Humanities Research Council of Canada (SSHRC) valued at more than $2.3-million.

Water economists look closely at the two-way relationship of water: the impact of the economy on water and how water use contributes to the economy. They examine the economic impact and value of water in all of its social dimensions.

“We’re very fortunate to have as much water as we do in Canada,” says Renzetti. “However, our network is thinking about, anticipating and trying to set up governance models to avoid the water problems that other countries are facing right now.”

“We’re not getting any more supply,” he says. “In fact, if anything, climate change says we’re getting less reliable supplies in the future, but demands are rising.”

According to Renzetti, the constant supply and rising demand for water in Canada and around the world creates the potential for conflict.

“Most of the water issues in Canada are local,” he says. “You go to almost every province and you can find challenges related to water.”

There are threats to water quality on the Grand River in Ontario. There are potential dangers to groundwater quality in Quebec because of fracking and agriculture. In Alberta there are concerns around not enough water and too many demands such as irrigation, recreation and growing cities. And in British Columbia there are conflicts between resource extraction needs and rural communities’, First Nations’ and in-stream flow demands for water.

“We’re looking to put in place the governance, decision-making and data collection supports to help governance, so that governments, citizen groups and community decision-makers ensure that all people’s voices are heard and that we allocate water as best we can in Canada,” says Renzetti.

The “Water Economics, policy and governance network” is made up of 21 internationally recognized researchers, mostly from Canada, and about 35 partner organizations. This includes government agencies – from municipalities, to provincial ministries and federal departments – First Nations communities, and industry groups like the Canadian Water Resources Association and Canadian Water and Wastewater Association.

“The whole point of the exercise is to bring together researchers and partner organizations,” says Renzetti. “A big part of the project is applied problem-solving research with our partners, as well as training graduate students. We’re looking to help build our capacity for this kind of research in Canada, so that in five to seven years we’ll have more experts in governance and economics in these areas.”

“We really think of it as a chain of challenges across the country,” he says. “We’re going to communicate with each other so that when we learn about a best practice in the Maritimes, or we develop an innovative survey technique in Alberta, we can share that through the research network.”

The SSHRC-funded project has also received as much in-kind and financial support from its partners. This includes labour, data sets and other resources. So in reality the whole network project has more than $4.5-million in funds to go forward with.

After extensive consultations with network partners, five research themes were developed: Role of Water in the Economy, Institution and Governance, Information and Decision-Making, Water Policy and Science, and Survey Techniques and Methods.

The six-year project also takes into account ongoing changes in the field of water economics. The first half of the initiative is well designed, but after the third year a new competition will be held to recruit new researchers, project ideas and partner organizations.

“The reason for this is because the field is changing so rapidly,” says Renzetti. “For example, five years ago not many people were talking about fracking, but now it’s a growing concern and governments are scrambling to figure out what to do about it. So who knows what the key issues will be in three years from now?”

“The idea for this project came out of experience that I and other researchers at the University had with the Canadian Water Network,” says Renzetti. “That group is mostly water scientists and engineers, but we really believed that the capacity for research among social scientists was not as well developed.”

The application for the SSHRC Partnership Grant was a two-stage process. A letter of intent was submitted two years ago. There were 151 submissions and 31 project proposals were accepted. Renzetti and his group were then invited to prepare a full application, which was submitted with the support of Brock’s Office of Research Services in October 2011. The successful projects were announced in May 2012.

“These grants are extremely competitive and represent the highest level of SSHRC funding,” says Gary Libben, Vice-President of Research at Brock. “Professor Renzetti and his team have taken up a key leadership role in understanding issues related to water and in working toward the resolution of those issues. This is a very clear example of how excellent research creates the knowledge that benefits our communities locally, nationally and around the world.”

Other Brock researchers who received funding through SSHRC’s Partnership Grant program as co-applicants include:

* John Bonnett, associate professor, History, and Canada Research Chair in Digital Humanities at Brock, is a co-applicant on a Partnership Grant led by principal investigator Joanne Burgess from the Université du Québec à Montréal. It is worth $2.3-million and the title of the project is, “Montréal, plaque tournante des échanges : histoire, patrimoine, devenir.”

* Kevin Kee, associate professor, History, and Canada Research Chair in Digital Humanities at Brock, is a co-applicant on a Partnership Grant led by principal investigator Susanne Lajoie at McGill University. It is worth $2.5-million and the title of the project is, “Learning environments across disciplines (LEADS): supporting technology rich learning across disciplines.”