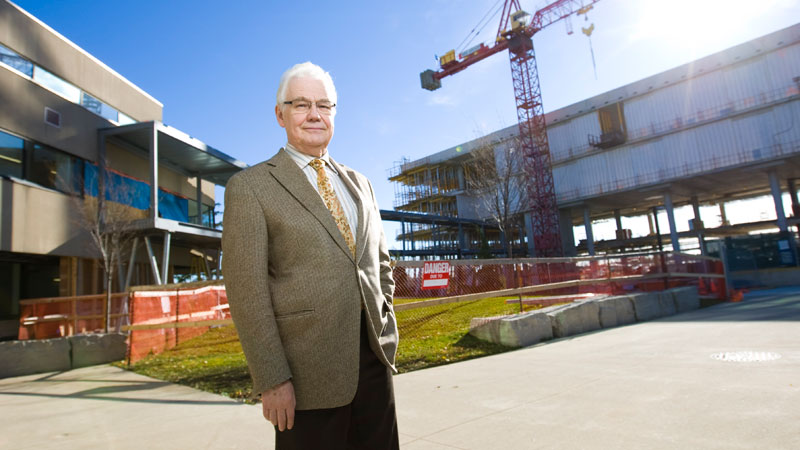 Brock University professor Ian Brindle is being awarded the Queen’s Diamond Jubilee Medal, which recognizes Canadians who have made significant contributions to their country.

The honour was created to commemorate this year’s 60th anniversary of the Queen’s accession to the throne.

A scientist whose expertise includes environmental analytical chemistry, Brindle is a longtime champion of Brock researchers, a former Vice-President of Research and former Dean of the Faculty of Mathematics and Science.

He was also a key voice in convincing the federal and provincial governments to provide $71.5 million to secure the Cairns Family Health and Bioscience Research Complex project.

“I am honoured to receive this award,” he said this week. “I accept it on behalf of all of the many people over the last 40 years who have worked to raise our awareness of environmental issues across Ontario and Canada.”

Brindle was nominated for the award by St Catharines MPP Jim Bradley. As far back as the 1980s, when Bradley was Ontario’s environment minister, Brindle worked closely with him in raising awareness of Great Lakes water quality concerns.

“Ian is an absolute obvious choice for a medal that is about service,” Bradley said.

Another member of the Brock community to receive the Diamond Jubilee Medal is Betty-Lou Souter, a public member of the University’s Board of Trustees. Souter, a leading social advocate in Niagara, is CEO of Community Care of St. Catharines and Thorold and has served on numerous boards and agencies in Niagara.