A show-stopping moment at convocation ceremony 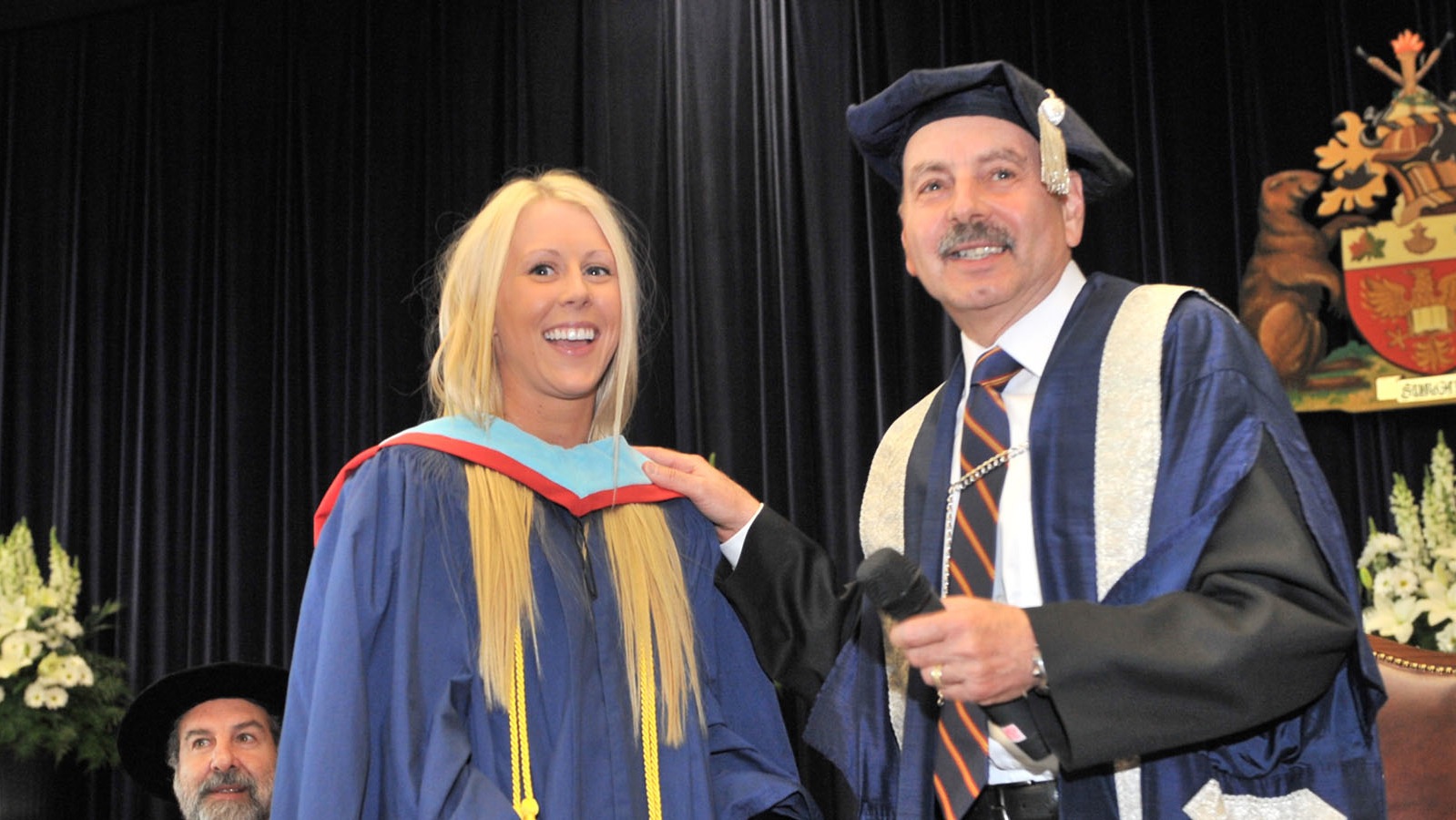 Meagan Anderson is the 75,000th person to graduate from Brock University. The milestone was marked at Wednesday morning's convocation ceremony.

There was a moment during Wednesday morning’s convocation ceremony when Meagan Anderson thought her five years at Brock were for naught.

Brock President Jack Lightstone stood up as Anderson made her way across the stage in the Ian D. Beddis gym and told the concurrent education program graduand that he was going to “throw her for a loop.”

“I thought he was going to take away my degree,” Anderson said with a laugh.

Instead, Lightstone centred out the Caledonia native by telling the audience, including a Hollywood power couple who had the University and Twitter abuzz, that Anderson was the 75,000th person to graduate from Brock.

Gosling, the Academy Award-nominated actor, known for his roles in Half Nelson, The Notebook and Crazy, Stupid Love, took in the ceremony with girlfriend Eva Mendes. The couple were on hand to watch Gosling’s mother, Donna, graduate with her bachelor’s degree in education. They arrived Wednesday morning with no advance notice and before the ceremony was over, their presence triggered a social media frenzy that had Brock trending as one of the hottest mentions on Twitter. Hollywood actor Ryan Gosling attended the graduation of his mother, Donna, on Wednesday.

Gosling and Mendes’s presence aside, Anderson said she wasn’t given any indication her milestone would be marked by anything other than the usual stroll across the stage for her degree to be conferred.

Even the photographer snapping photos of her as she waited for the ceremony to begin didn’t tip her off that something was afoot.

“I was so paranoid about getting on stage and doing everything right.” Anderson said.

The last time the University marked such a milestone was in 2005 when the 50,000th graduate, Tanya Kwee, received her degree. This latest occasion attests to the University’s growth and reputation of providing first-rate education, said Christine Jones, alumni relations director.

“Almost everywhere you go, you can identify a Brock graduate,” Jones said. “This milestone means Brock is being represented out there with alums all over the world.”

One comment on “A show-stopping moment at convocation ceremony”