A new era dawns as the Cairns Complex comes to life 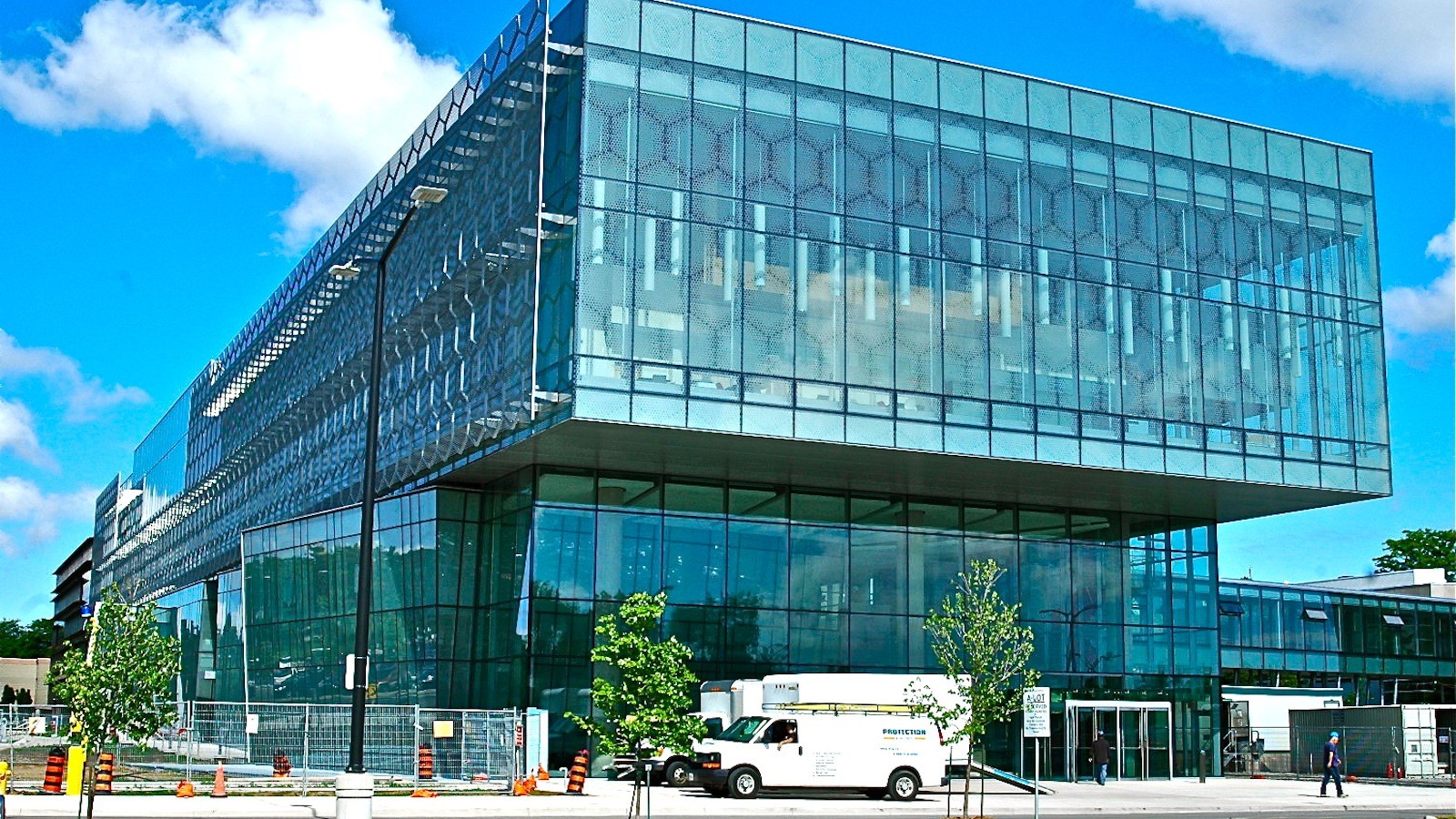 Professors Wendy Ward and Sandra Peters, among the first scientists to move into Brock University’s new Cairns Family Health and Bioscience Research Complex, surveyed the spacious open-concept lab where they’ll work alongside colleagues from other disciplines.

The verdict was spontaneous.

Ward, who holds the Canada Research Chair in bone and muscle development, agreed.

“Most scientists go their whole career without ever getting to work in a brand new state-of-the-art facility like this,” said Ward, who said she’s looking forward to showing off the building to help recruit top students to Brock for graduate studies. Scientists Sandra Peters, left, and Wendy Ward in the Cairns Complex: 'It's beautiful'

After two years of construction and much anticipation, the Cairns Complex is in business.

Opening ceremonies won’t happen until September, and workers are still finishing features like the advanced Phytotron greenhouse. But a phased-in move is well underway as teachers, staff and students peel the plastic off new chairs and desks, and breathe life into a landmark that will be known for its striking architecture as well as its ability to let researchers reach new frontiers of knowledge.

When classes return in the fall, the Cairns Complex will house about 35 teaching and research faculty, and more than 100 graduate students doing research.

It will also be home to the Niagara campus of the Michael DeGroote School of Medicine, Ontario’s only insectiary-equipped Level 3 containment lab, and the Brock Biolinc Business Incubator.

Besides being a hit with its occupants, Cairns is also drawing much-needed support from donors who see it as a key to fueling economic development by generating new enterprises from the discoveries in its labs.

Salit Steel, of Niagara Falls, and the Niagara-wide accounting firm of Durward Jones Barkwell have each contributed $100,000 to the Bold New Brock capital building fund, and both companies say they hope it inspires others to follow suit. The gifts help pay the University’s share for a $112-million research gem that received $71 million from federal and provincial governments.

The complex got its name after St. Catharines businessman Roy Cairns and his family made a donation with an impact of $10-million.

Brock President Jack Lightstone said the complex is a monument to the power of partnerships.

“Roy Cairns knew, as do all of our partners, that this project can play a historic role in transforming our economic development,” said Lightstone.

“Discovering new knowledge and unleashing innovation will be crucial to building a stronger future for Ontario and Canada, and Brock is committed to helping make this happen.

“But in the end it is the support our partners who make it possible.”