Research looks at the future of water in Niagara 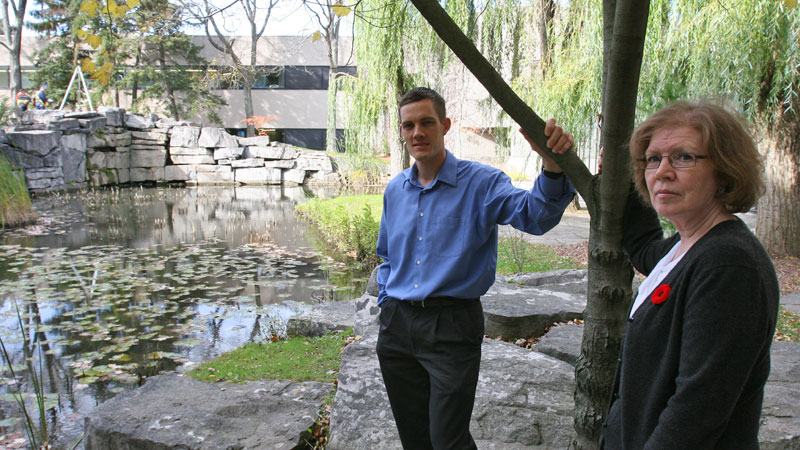 With two grants from the WaterSmart Incentive program, five faculty members and a team of graduate and undergraduate students are putting together a detailed analysis related to one of our most precious resources: water.

The researchers belong to a variety of disciplines, but came together under the banner of the Brock Environmental Sustainability Research Unit (BESRU). BESRU recently formed to do research concerning the environment, sustainability, and social-ecological resilience.

“Canadians, in general, tend to think that we are water-rich and that the issue of water can be ignored,” said Diane Dupont, Economics professor and principal investigator for one of the grants.

“Compared to other countries, Canada overall has an enviable amount of water, but there are still regions that suffer from droughts. In addition, if we think about attributes such as quality, and that quality is being lowered when we dump our effluents into rivers and lakes, then we are not as water-rich as we think.”

Dupont is working with Steven Renzetti, also a professor of Economics, Tim Heinmiller, an associate professor in Political Science, and Ryan Plummer, professor of Tourism and Environment, on the project “Liquid Assets: Assessing Water’s Contribution to Niagara’s Economy.” Over the next year, the team will document the role water plays in the Niagara community and economy. By doing this, they can plan to maximize water’s sustainable contribution to Niagara in the future.

The team will hold one-day workshops to share the findings with regional government staff, elected officials and other stakeholders.

Plummer is responsible for the other project, entitled “Climate Change Impacts and Implications for Niagara.” His team will develop a Niagara-specific climate change background document, which will summarize present climate change knowledge and activities. Regional government officials and other stakeholders will give feedback before the final reports.

The reports, and resulting conversations and revelations, will help form a Climate Action Plan for Niagara.

“We anticipate that the impact of the project results will inspire those presently involved with climate change adaptation, while further motivating Niagara residents to take action,” she said.

Postdoctoral fellow Julia Baird, who recently joined Brock following her studies at the University of Saskatchewan, will work with both teams. Plummer’s team will also work with Jennifer Penney, past director of research for the Clean Air Partnership. Bradley May, Environment Canada and adjunct professor in Tourism and Environment, will also contribute. Graduate and undergraduate students involved include Blair Carter, Katrina Krievins, Kerrie Pickering, Samantha Purdy and Olga Yudina.

Both projects fall under a recently signed agreement between Brock and the Niagara Region.

“This is not a one-off research project,” Plummer said. “It is an ongoing collaboration and partnership with the community which will benefit the region for years to come, and possibly for generations to come.”