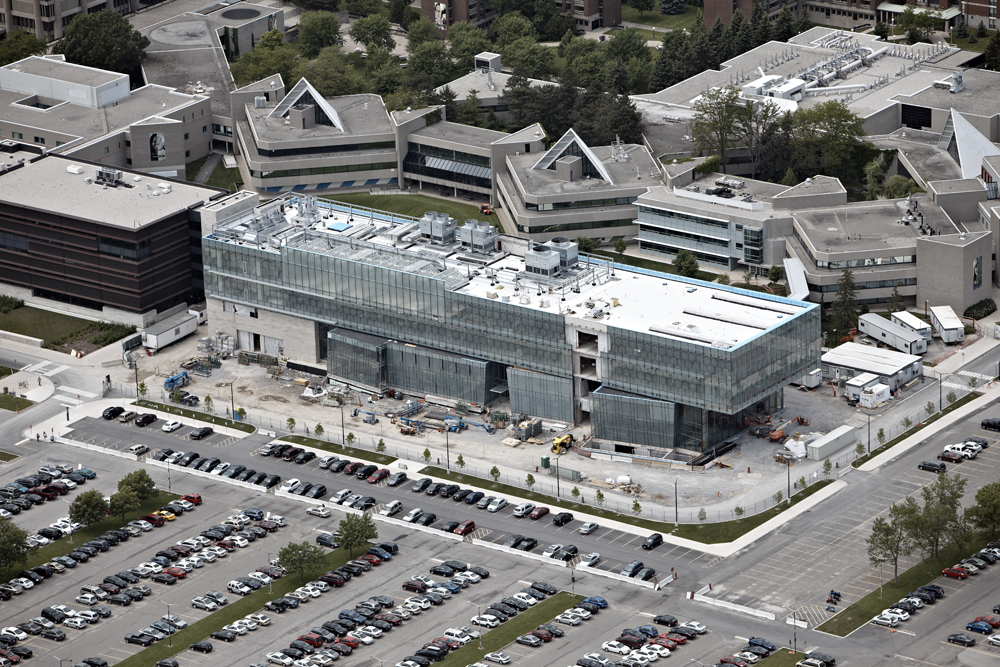 The Cairns Family research complex is due to open in Spring 2012. The Cairns Family research complex is due to open in Spring 2012.

New Canadian R&D data shows that Brock University’s research income jumped by more than 21 per cent last year, the highest growth rate in research funding among all Ontario universities in 2010, and among the top 5 growth rates in the country.

In its annual report on Canada’s top research universities, Research Infosource Inc. found that Brock researchers received $15.65 million from all sources in 2010, compared to $12.9 million a year earlier.

In terms of total research funding, Brock placed in the top 3 of all Canadian universities that do not have medical schools or engineering programs — capital-intensive areas that receive high levels of research funding from government and private sources.

Gary Libben, Vice-President of Research at Brock, said the numbers reflect the fact that Brock is emerging on the national map as a centre of research opportunity and innovation.

“Research at Brock is a team effort,” said Libben. “We are in partnership with our surrounding community, and we engage both graduate and undergraduate students.”

He noted the new data comes out as Brock is still six months away from opening the Cairns Family Health and Bioscience Research Complex, a $112-million facility that will transform the University’s research infrastructure.

“We know the Cairns Complex will revolutionize the role and scope of research at Brock, benefitting faculty, students and the surrounding Niagara community. But these new data suggest that Brock’s researchers are already punching above their weight.

“It is good to be entering next year with this strong momentum.”