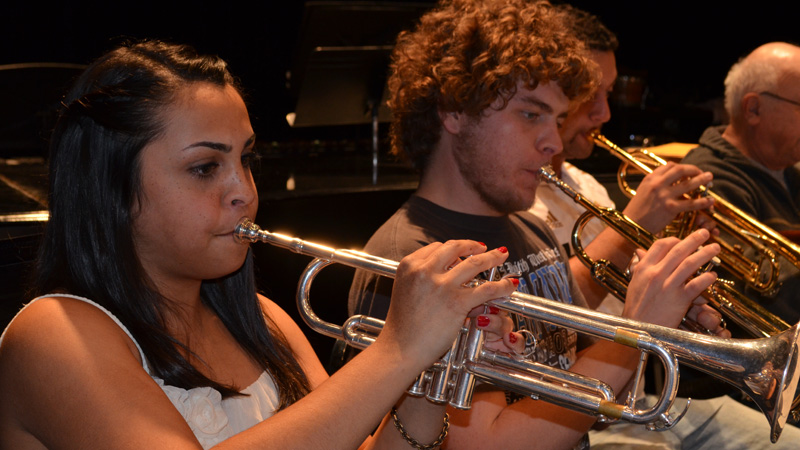 The Brock University Wind Ensemble will explore its full repertoire tomorrow with a performance at the Sean O’Sullivan Theatre.

The ensemble will perform “Showtime through the Ages” at 7:30 p.m. on Tuesday, Nov. 29. The show will include captivating melodies from Giuseppe Verdi to Maynard Ferguson

The show will feature talented brass, woodwind, and percussion performers under the baton of conductor Zoltan Kalman. The ensemble is comprised of 55 musicians from the Brock community, local high schools and Niagara’s classical music community, including the Niagara Symphony and Symphony on the Bay Hamilton.

“The University Wind Ensemble represents the unifying power of music,” said Matthew Royal, chair of the Department of Music. “It brings together Brock students, students from local high schools, as well as seasoned musical veterans from the Niagara region and southern Ontario.”