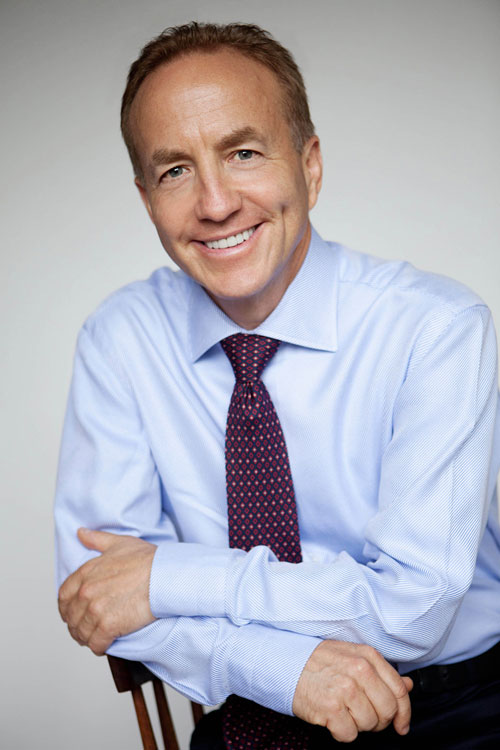 A businessman, philanthropist and Niagara Falls native will receive an honorary degree at Brock’s Fall Convocation.

“We are extremely pleased to honour John for his outstanding accomplishments in business and his distinguished humanitarian work,” said President Jack Lightstone.

“John is a gifted businessman and a devoted philanthropist who understands the value of investing in people and their well-being around the world and in his own backyard. He is an inspiring local, national and international success story and we are delighted to be honouring him in this way.”

McCall MacBain, who grew up in Niagara Falls and lives in Switzerland, is the founder of the McCall MacBain Foundation and Pamoja Capital SA, its investment arm. Since its formation in Geneva in 2007, the foundation has made tens of millions of dollars in grants to fund projects related to health, education and the environment in countries from Canada to Liberia.

From 1987 to 2006, he was the founder, president and CEO of Trader Classified Media. Starting with three small publications in Montreal in 1987 at age 29, he grew the Auto Trader and Buy and Sell businesses across Canada. He also developed classified businesses with more than 350 print titles and 50 Internet sites in countries like Argentina, China, France, Hungary, Russia and Spain. In 2006, he sold Trader Classified Media and set up the McCall MacBain Foundation.

McCall MacBain is a Rhodes scholar with an MBA from Harvard, an MA in Law from Oxford and an Honours BA in Economics from McGill, as well as an LLD from Dalhousie University.

His parents are Al and Vi MacBain of Niagara Falls. His father was a federal MP for Niagara Falls from 1980 to 1984.

McCall-MacBain has given back to his hometown with a $1-million donation to the MacBain Community Centre and $750,000 to the Shelley MacBain Centre of Family and Children’s Services.

Convocation ceremonies will be in the Ian D. Beddis Gymnasium. Tickets are not required and all guests are welcome. McCall MacBain will be honoured at the 10 a.m. ceremony.