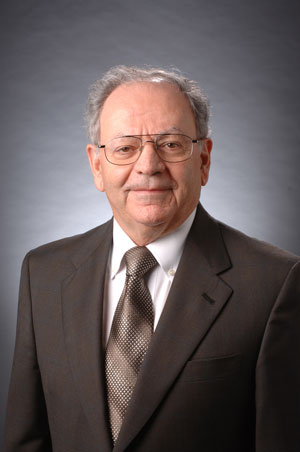 Three distinguished Canadians will get honorary degrees at Brock’s Spring Convocation this year, which takes place from June 7 to 11.

“We are extremely pleased to recognize these notable individuals for their outstanding work, leadership and distinguished contributions to society,” President Jack Lightstone said. “Their achievements, both at home and on the international stage, reflect the core values of our University — to enhance the lives of the communities around us and to contribute to the betterment of society.”

The ceremonies will be held in the Ian D. Beddis gymnasium. An outdoor reception for graduates, family members and other special guests will be held after each ceremony.

Tickets are not required. All guests are welcome.

The three honorary degree presentations will proceed as follows: Brock is recognizing Bouchard for his exceptional accomplishments as one of Canada’s most internationally renowned scientists, and for his influence on exercise and health policies in Canada and beyond.

Bouchard was executive director and George A. Bray Chair in Nutrition at the Pennington Biomedical Research Center in Baton Rouge, La., for 11 years. He is currently the Center’s John W. Barton Sr. Chair in Genetics and Nutrition. He holds a BPhEd (Laval), an MSc (University of Oregon, Eugene) in exercise physiology and a PhD (University of Texas, Austin) in population genetics. Previously, he was at Laval University in Quebec City for more than 30 years, and is past president of the Canadian Society for Exercise Physiology.

Bouchard has authored and edited 33 books or monographs and more than 1,000 peer-reviewed scientific papers.

Among other awards, Bouchard has received the Honour Award from the Canadian Society of Exercise Physiology (1988), a Citation Award (1992) and Honour Award (2002) from the American College of Sports Medicine, the Benjamin Delessert Award in nutrition from France (1993), the Willendorf Award from the International Association for the Study of Obesity (1994), the Sandoz Award from the Canadian Atherosclerosis Society (1996), the Albert Creff Award in Nutrition of the National Academy of Medicine of France (1997), the TOPS award (1998) and the Friends of Albert J. Stunkard Award (2004) from the North American Association for the Study of Obesity, the George A. Bray Founders Award from The Obesity Society (2008), the W. Henry Sebrell Award from the Weight Watchers Foundation (1999), the EV McCollum Award from the American Society of Nutrition (2011), and Honoris Causa Doctorates in Science from the Katholieke Universiteit Leuven, Belgium (1998), and the University of South Carolina (2009).

He is the recipient of the Belgium award of Officer of the Order of Leopold II (1994) and has been a foreign member of the Royal Academy of Medicine of Belgium since 1996. He was also a Leon Mow Visiting Professor at the International Diabetes Institute in Melbourne, Australia, in 1998.

In 2001, he became a member of the Order of Canada, and in 2005, he received the Ordre National du Quebec. He received the 2003 Alumnus of the Year Award from Laval University and the Earle W. Crampton Award in Nutrition (2005) from McGill University. Brock is recognizing de Chastelain for his distinguished public service and humanitarian contributions to the international community as part of the Northern Ireland peace process.

He graduated from Royal Military College (RMC) in Kingston in 1960 with a degree in history and a commission in the Canadian Army. From 1970 to 1972, he commanded the Second Battalion of the Princess Patricia’s Canadian Light Infantry. As a colonel in the Armed Forces, he was appointed commander of CFB Montreal in 1974. His mandate in Montreal was to prepare the base for the 1976 Olympic Games. Following this assignment, he lead Canada’s contingent in the United Nations Force in Cyprus.

Promoted to brigadier-general, de Chastelain commanded RMC, and later the Fourth Canadian Mechanized Brigade Group in Germany, before serving as Deputy Commander of the Canadian army and then as the assistant deputy minister of defence responsible for personnel. In 1989, he was promoted to general and appointed Chief of the Defence Staff (CDS). During his tenure, the Canadian military was involved in overseas engagements in the first Gulf War and in Somalia.

In 1993, de Chastelain transferred to the Canadian Forces Reserves and served as Canada’s Ambassador to the United States. The following year he returned to the regular forces and was reappointed CDS.

In 1995, he agreed to a two-month mandate from the British and Irish governments to join a three-man International Commission to examine the issue of paramilitary arms in Northern Ireland. He subsequently retired from the Canadian Forces and, since 1996, has worked with international bodies on the Northern Ireland peace process.

From 1997 to 2011, de Chastelain served as Chair of the Independent International Commission on Decommissioning. He helped forge the Belfast Agreement, the blueprint for peace in Northern Ireland signed on Good Friday 1998. In the fall of 2005, after many years, de Chastelain succeeded in the seemingly impossible mission of getting the Irish Republican Army (IRA) to decommission its weapons, for which he was recommended for the Nobel Peace Prize.

De Chastelain received the Vimy Award in 1992 and was named to the Order of Canada in 1993. He has received numerous Canadian and international awards, decorations and honorary degrees in recognition of his work. He has also been a member of the Canadian Delegation on the Forum of Federations, the Board of Directors of the United Nations Association in Canada and the Board of Directors of the Conference of Defence Associations Institute. Brock is recognizing McCain for his outstanding achievements and distinguished leadership in business.

McCain is President and Chief Executive Officer of Maple Leaf Foods. He and his team have led the transformation of Maple Leaf Foods into Canada’s leading food processor and exporter. The company employs approximately 21,000 people at its operations across Canada and in the United States, the United Kingdom and Asia. The company had sales of $5 billion in 2010 and flagship brands including Maple Leaf, Schneiders and Dempster’s.

Prior to joining Maple Leaf Foods, he spent 16 years with McCain Foods Limited in Canada and the United States. He began his career with McCain Foods after graduating from university and held progressive positions in sales, sales management, marketing management and information systems management.

McCain is a director of Maple Leaf Foods Inc., McCain Capital Corporation and McCain Foods Group Inc., and Chairman of Canada Bread Company, Limited. He is a member of the Board of the Royal Bank of Canada, the American Meat Institute, the Richard Ivey School of Business Advisory Board, the Centre for Addiction and Mental Health Foundation (CAMH), MaRS Discovery District, and a member of the Canadian Council of Chief Executives.

He is also co-chairing the current CAMH Transforming Lives Capital Campaign and is a past member of the Board of Trustees of The Hospital for Sick Children and a past director of the American Frozen Food Institute and Bombardier Inc.

In 2008, Maple Leaf Foods was at the centre of a massive product recall, which saw the tragic deaths of a number of people who had consumed the company’s products. During this crisis, McCain and Maple Leaf Foods were models of ethical and social responsibility —taking accountability in an environment where many organizations would take legal guidance and reinforce the castle walls.

Under McCain’s principled leadership, Maple Leaf Foods did exactly the opposite. The full measure of business leadership and ethics is not realized when things go well, but when things go horribly wrong. McCain’s guidance and direction during this ordeal is a shining example for all of our graduates who expect to follow him into business careers.

Born in Florenceville, N.B., he was educated at Mount Allison University and received an Honours Business Administration degree from the University of Western Ontario. He and his wife Chris reside in Toronto with their five children.