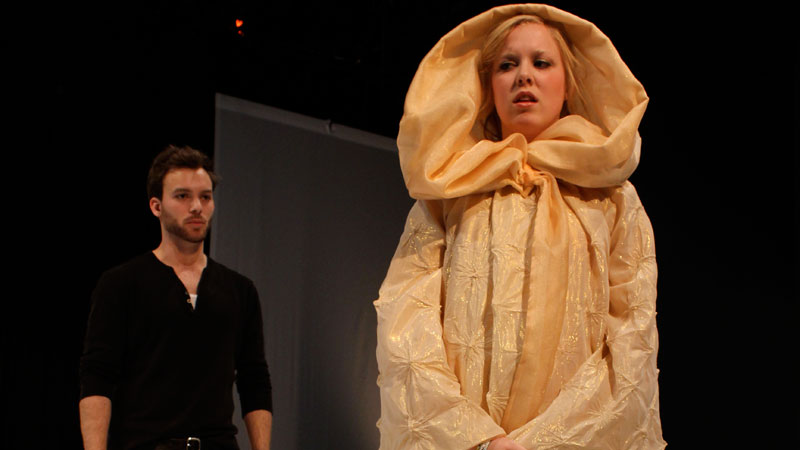 Suppressed desire and ancient power struggles collide in this week’s production of Phèdre at Brock.

Phèdre, written by Jean Racine, will be presented by the Department of Dramatic Arts at the Sean O’Sullivan Theatre. Phèdre – translated into English by British poet Ted Hughes – mixes poetry, political intrigue and sexual jealousy.

The play contains a principal love triangle of Phèdre, her husband Theseus and his son Hippolytus. Phèdre has a forbidden passion for her stepson that unleashes a wave of tragic consequences.

The myths around Theseus, Phaedra and Hippolytus have fascinated playwrights for ages, Reh said.

“Racine’s masterpiece distils the best of his major sources, particularly Euripides’ Hippolytus,” she said. “From Euripides he borrows the fundamentally principled Phaedra, an essentially moral woman who is tormented by a forbidden passion and chooses to die rather than surrender to it. The tragedy is at once epic and domestic.“