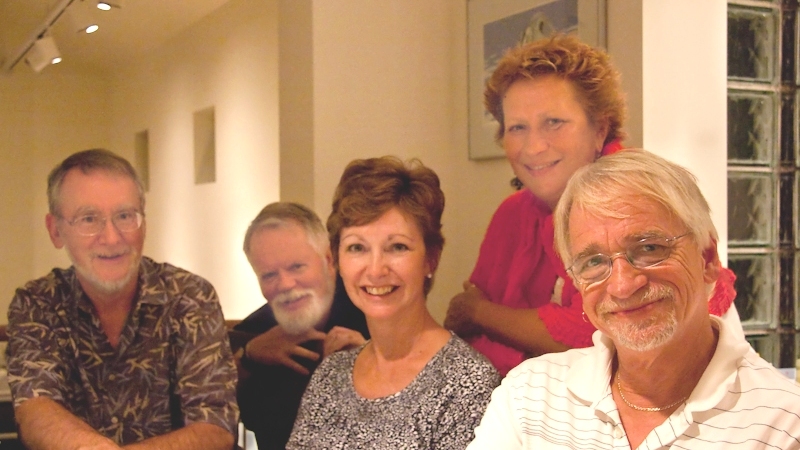 October 1969 marked the official opening of Thistle Theatre (now called the Sean O’Sullivan Theatre.) At that time, there were only two practical drama courses offered…a first and second-year course. Students from both years played an active part in the celebrations.

To mark the 40th anniversary of this event, an anniversary lecture/presentation was held in the theatre in December 2009. Attempts were made to contact as many alumni from these courses as possible, and, while many could not make it to this event, a number of people who hadn’t seen each other in 30 or so years did manage to make it back for laughter and reminiscences. Among them were professor emerita Mary Jane Miller, Valerie (Anderson) McGiverin (BA ’72), Margie (McNamee) Maloney (EST ’73, BA ’75), Stephen Reistetter (BA ’71, DIPLED ’76), Gerry Cornwell (BA ’78), Ron Snippe, and me, David MacKenzie (BA ’74).

In the months following the event, many emails sped back and forth, most of them agreeing that we should not wait another 40 years to get together again.

With that in mind, a small get-together was held in August 2010 at the Toronto home of Gerry and Marilyn Cornwell (BA ’75). Four people from the first drama class attended: Gerry Cornwell (BA ’78), Marilyn (Hookey) Dawgert (BA ’71), David MacKenzie (BA ’74), and Ron Snippe.

We have found that the first few years of drama courses produced a number of professional actors, directors, playwrights, musicians, teachers, journalists, consultants, at least one accountant, and lighting designers, one of whom, Ron Snippe, a student in the first three years of the Brock drama program, has been named recipient of “Dance Ontario’s Lifetime Achievement Award”.

With plans for the new downtown home of the Marilyn I. Walker School of Fine and Performing Arts well underway, those of us who were part of the first opening are ready, willing, able and eager to be part of the second official theatre opening a few years hence.

In the meantime, we are hoping to have at least one more get-together so that even more old friends can reunite.