Soups dished out for a good cause 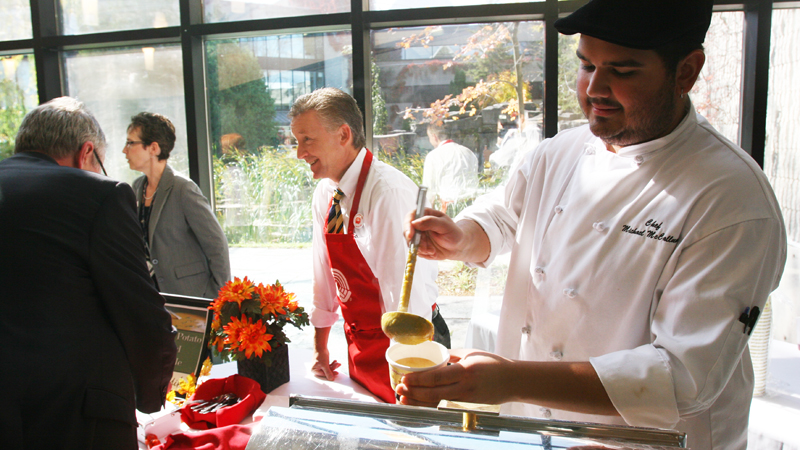 Five chefs duked it out, but in the end, there could only be one winner — Mike McCallum with his roasted sweet potato and pear soup.

The Sodexo chef and his celebrity guest chef, Dean of Humanities Douglas Kneale, received the most votes for best soup from those attending the 2010 Souper Star Lunch on Oct. 20. The annual event benefits Brock’s United Way campaign.

“The United Way is not just about dollars. It’s about the people, and most of all, it’s about the community,” said Valerie Jaeger, 2010 campaign chair for the United Way of St. Catharines and District, at the lunch.

The lunch featured the following soups:

The next fundraiser for Brock’s United Way campaign is a Halloween office decorating contest and food drive on Friday, Oct. 29. To submit your office for judging, email Kevin Grout at kgrout@brocku.ca. The winning office will get a prize. There is no theme this year.

There will also be a trivia night on Wednesday, Nov. 10. The cost is $20 per player with tables of eight people. To participate, email Tara Franken at Tara.Franken@brocku.ca

There will also be a wrap-up lunchtime event on Friday, Nov. 26.