U.K. marketing academic will be Brock’s new Dean of Business 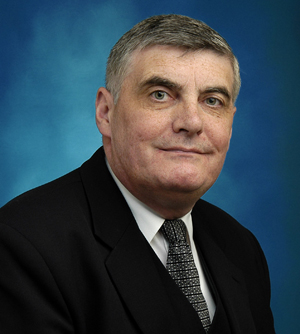 From his home in England, marketing communications expert Philip Kitchen says he is “delighted” to be coming to Canada this summer as Brock’s new Dean of Business. Kitchen, currently chair of Strategic Marketing at Hull University Business School in the U.K., was announced earlier this week as the successor to Interim Dean of Business Barbara Sainty. He begins his five-year term at Brock on Sept. 1, enabling Sainty, Interim Dean for the past two years, to take a 10-month sabbatical before returning to teach and conduct research as a tenured faculty member.

The announcement was made by Murray Knuttila, Brock’s Provost and Vice-President Academic, who called Kitchen a recognized leader in his field who will help increase Brock’s international presence.

“We are very pleased,” Knuttila said. “Dr. Kitchen’s academic credentials, and his international reputation and connections, will bring a wealth of experience to Brock.”

Kitchen said he looks forward to his new position.

“Brock is a great business school underpinned by excellent research,” Kitchen said. “The future is very promising with a new school planned and many initiatives under way.”

Kitchen’s international resumé includes visiting professorships at universities in France, Malaysia, Italy, Colombia, Greece, Norway and New Zealand. He has written or co-authored 12 books, and has presented papers on marketing management or marketing communications at conferences in more than 25 countries.

He is the founder and editor of the Journal of Marketing Communications, and serves on the advisory board or is a review board member for 10 academic journals ranging from Europe to the Asia-Pacific region.

In making the announcement, Knuttila also paid tribute to the outgoing interim dean.

“While we look forward to Dr. Kitchen’s arrival, I want to add our heartfelt thanks to the widespread appreciation to Dr. Sainty. Her work and leadership as Interim Dean was much valued as the University persevered in the decanal search. We wish her well on her well-earned sabbatical.”

Knuttila said a reception would be organized for later in the summer where the incoming Dean can meet his new colleagues.

One comment on “U.K. marketing academic will be Brock’s new Dean of Business”