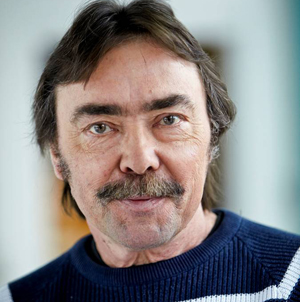 A leading scientist recruited from the United States to do his research at Brock has won one of Canada’s most prestigious awards in organic chemistry.

Professor Tomas Hudlicky has won the 2010 Alfred Bader Award, given by the Canadian Society of Chemistry for excellence in organic chemistry research.

Hudlicky, who came to Brock in 2003 after eight years at the University of Florida, is one of North America’s top organic researchers. His breakthroughs in green chemistry include more efficient and environmentally conscious ways to create synthetic versions of morphine or Tamiflu-like drugs.

He cherishes the Bader award because it is voted on by Canadian peers, he said.

“I am very honoured,” he said. “I feel privileged to receive this recognition after a relatively short time in the Canadian chemistry community.”

Hudlicky is one of several researchers Brock has brought to Canada from the U.S., part of a growing team of leading scientists whose work will be accelerated by the $111-million Niagara Health and Bioscience Research Complex which is under construction at Brock.

Ian Brindle, Brock’s Dean of Mathematics and Science, calls Hudlicky a world leader in his field.

“Graduate students and researchers come to Brock because of the stature of researchers like Tomas,” said Brindle. “He understands molecules in a way that few people do. It’s almost a personal relationship.”

Hudlicky immigrated to the U.S. from his native Czechoslovakia in 1968. He has a BSc from Virginia Tech and PhD in chemistry from Rice University. He worked in organic chemistry departments at Illinois Institute of Technology (1978-1982), Virginia Tech (1982-1995), and the University of Florida (1995-2003) prior to coming to Brock.

Hudlicky is prolific in research, publishing, and teaching. He has filed 28 patents, 13 since coming to Brock, and his projects have attracted more than $12 million in research funding. He has published more than 200 articles in peer-review journals, 50 reviews, and two books. He has presented more than 630 invited lectures worldwide.

His research at Brock has focused on several areas, including a multi-generational design of morphine and Amaryllidaceae alkaloids; development of efficient routes to commercial opiate derivatives; and the investigations of more potent and bioavailable derivatives of the pancratistatin group of alkaloids as potential anti-cancer agents.

The Bader award, which comes with a $3,000 cash prize, will be presented in Toronto in May at the 93rd Canadian Chemistry Conference and Exhibition.