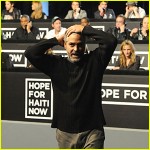 If someone asks you to name a celebrity activist, who comes to mind? Perhaps you think of Angelina Jolie’s role as UNHCR Special Envoy or Neil Young’s protest song “Ohio.” Maybe Jenny McCarthy’s anti-vaccination campaigns stand out or you remember John Lennon and Yoko Ono’s Bed In for Peace demonstration in Montreal. Have you been following Emma Watson’s campaign for gender equality or purchased a product that raises funds for a cause? The scope of celebrities’ social and political engagement is difficult to quantify, but one example of celebrity response to a natural disaster can illustrate the importance of understanding celebrity activism, media coverage of their campaigns and causes, and how audiences may be impacted.

On January 12, 2010, a 7.0 magnitude earthquake struck near Port-au-Prince, Haiti, causing vast damage that still causes suffering over five years later (more info). In the days after the earthquake, celebrities such as Angelina Jolie and Brad Pitt donated millions of dollars to aid the tiny island nation. Transnational media trumpeted donations from celebrities such as Oprah Winfrey, Ben Stiller, John Travolta and others for weeks following the disaster. Soon, transnational media outlets also began reporting that actor George Clooney was spearheading a fundraising campaign that would eventually become the Hope for Haiti Now telethon, website, and music album. Sponsored by MTV and held on January 22, the telethon featured over 100 celebrities including musicians Bono, Jay-Z, Bruce Springsteen, Justin Timberlake, and Wyclef Jean, actors Robert Pattinson and Jennifer Hudson, and journalist Anderson Cooper.

The telethon was aired commercial-free internationally on over three-dozen channels and reportedly raised over 57 million dollars within the first day, 100 percent of which was guaranteed to benefit the aid organizations affiliated with the campaign. The now-defunct website (www.hopeforhaitinow.org) was a fundraising tool that prompts visitors to donate money to charity organizations including Oxfam, yelehaiti, American Red Cross and UNICEF. As an example of consumer activism in the mold of Live Aid and “We are the world,” the website also sold an album of the music performed during the telethon, including “exclusive” collaborations, or individual songs available through iTunes.

Hope for Haiti Now illustrates the kind of celebrity activism that garners widespread mainstream support. Writing for liberal news and blog site HuffingtonPost, John Milewski of the Woodrow Wilson International Center for Scholars articulated the overwhelming support for George Clooney and the other celebrity supporters of Hope for Haiti Now that dominated media narratives (read article).

George Clooney has determined that his celebrity is a useful tool to help those in need. He’ll be hosting a “Haitian earthquake relief” telethon later on this month. Politically involved celebrities are often ridiculed for their involvement when they get it wrong. They should also be praised when they get it right. Clooney is using his gravitational pull to affirm life … I believe that it comes down to responsibility. Celebrity is a form of power. Great power. And without the necessary “responsibility,” it’s a power that becomes corrupt.

Milewski grants George Clooney a position of authority by merit of his fame and his long-term commitment to bringing visibility to the genocide in Darfur, but also by his being the son of, as Milewski writes, “one of the finest gentlemen to grace the ranks of the broadcast journalism profession, Nick Clooney.” The interactions of public intellectuals, journalists, and audiences who donated to Hope for Haiti Now show the dynamic forces that contribute to the valorization of specific forms of political action as “right” and “better” than others. Throughout the campaign, there was also a concerted attention being given to the role of young adults in supporting aid to Haiti. Speaking to MTV News from the red carpet of the Golden Globe awards days before the telethon, George Clooney advised that the right way for young people to help those in need was financially (read article):

Get involved, whatever you do. This is about compassion. There are times in our lives when people are really without help and in real danger, and this is one of those times. So whatever they [young adults] can do — give money to one of the organizations that they like the best.

Promoting the specially created Clinton-Bush initiative, George W. Bush also echoed his post-9/11 advice that shopping was a display of patriotism by pleading with audiences to do nothing other than donate to established organizations that could “best” aid Haitian peoples after the earthquake.

Driven by digital media and social networking technologies, Hope for Haiti Now was the culmination of a decade of celebrity and consumer activism that relies upon neoliberal, neocolonial ideologies (more info) of benevolent salvation that emphasize the need for Western capitalism to rescue peoples of the global south (more info). The strands of discourse in celebrity activism that use Christian rhetoric to hail young Western audiences as having power through media technology and wealth converged in an appeal made by actor and teen heartthrob Robert Pattinson on the telethon. Included in the telethon specifically for his popularity with teenage audiences after playing a vampire in the Twilight Saga films, Pattinson used the story of a young woman trapped under rubble in Haiti to ask for donations:

Underneath a flattened university, Maxine Fallon waited. She was crouched in a fetal position and could barely move. In the darkness and during the hectic sounds of the day, through the pain, the hunger and thirst, she prayed that someone would find her. And on the sixth day her prayers were answered, she was found because a text message from the rubble sent rescuers to her side. Unlike any other event in history, our world has been connected to this tragedy because of technology. Twitter updates, Facebook pages with pictures of the missing and text messages for help. This technology is working right now to connect us, too. At hopeforhaitinow.org, you can donate and you can instantly interact with people in Haiti and anywhere in the globe. Join with those watching and see what they’re saying about something we all care deeply about — helping the Haitian people get back on their feet. Please go to hopeforhaitinow.org. Thank you.

Robert Pattinson’s scripted plea that relies on references to the power of prayers highlights the deployment of religious rhetoric to craft Western technologies and audiences as saviors of Third World people.

For over a decade, I have conducted research that interrogates media representations of celebrity activism and the role of Western audiences in supporting celebrity activism (Duvall & Guschwan, 2013; Duvall, 2014). But, very little research actually focuses specifically on the opinions and actions of audiences who may care deeply about social justice but react ambivalently towards celebrities. While there are ways to determine audience engagement by measuring such things as how many people view the Hope for Haiti Now campaign or how much money is raised, it is through speaking with transnational audiences and grassroots activists that I hope to gain greater insight into the complexity of audiences’ opinions about celebrity activism in the coming months.

To discuss media coverage of social justice issues further, contact Dr. Spring Duvall to learn more or consider participating in her current study on public views of celebrity activism in the Niagara Region. 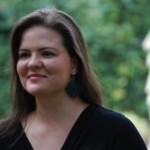 Dr. Spring-Serenity Duvall (Indiana University, 2010) is a feminist media scholar who researches transnational celebrity culture, commodity activism, breastfeeding advocacy, and girl culture. She joined the faculty of Salem College in fall 2014 as an Assistant Professor of Communications. In 2015, she is the Fulbright Visiting Research Chair in Transnational Studies at Brock University, where she will conduct a research project titled “Canadian Celebrity Activism and Transnational Media in the Niagara Border Region” and teach a course on Celebrity Colonialism.

Her published research on celebrity culture includes articles in Communication, Culture, and Critique and Feminist Media Studies, chapters in the anthologies Circuits of Visibility: Gender and Transnational Media Cultures and Celebrity Colonialism: Fame, Representation, and Power in Colonial and Post-Colonial Cultures. Her most recent research in girls studies focuses on news framing of child abductions and has been published in the Journal of Children & Media.

She brings her research into the classroom with the original courses “Celebrity Colonialism: Transnational Media and Social Activism” and “Titanic to Twilight: Girl-Powered Media Production / Consumption / Text.” Duvall was the 2013-2014 Chair of the AEJMC Commission on the Status of Women.