GAME students getting inside look at future of virtual reality 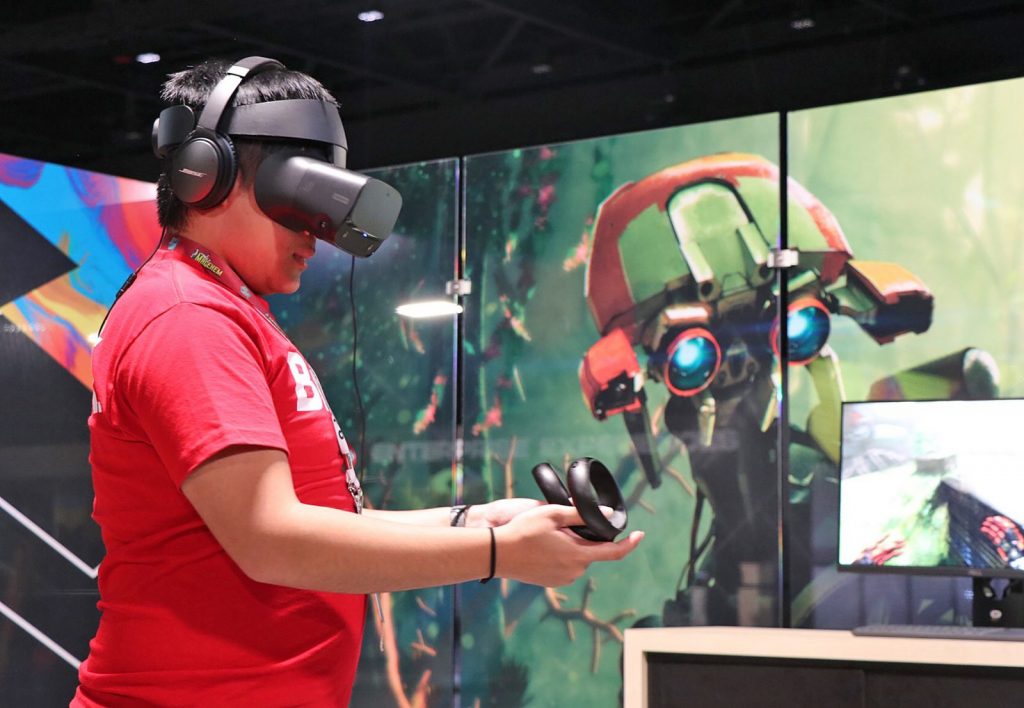 The future of virtual reality (VR) goes well beyond gaming, and Brock students are primed to be a part of it.

“The best way to predict the next generation of VR is to build it,” said Michael Abrash, Chief Scientist at Facebook Reality Labs in his keynote address at Oculus Connect 6, a conference taking place this week in San Jose. “VR is in a good place right now. Realistically, we are still close to the beginning of what is going to be the biggest technological revolution of our time.”

That message was music to the ears of the Brock University GAME program students Adam Henderson, Kyle Jones, Gabor CSeh, Mehran Mansour Feizi, Robbie Jolley and Mervin Hocson, who were in the room as Abrash gave his address Wednesday.

Abrash predicts that VR has as much long-term potential as the personal computer and will become the most creative and collaborative environment that has ever existed. 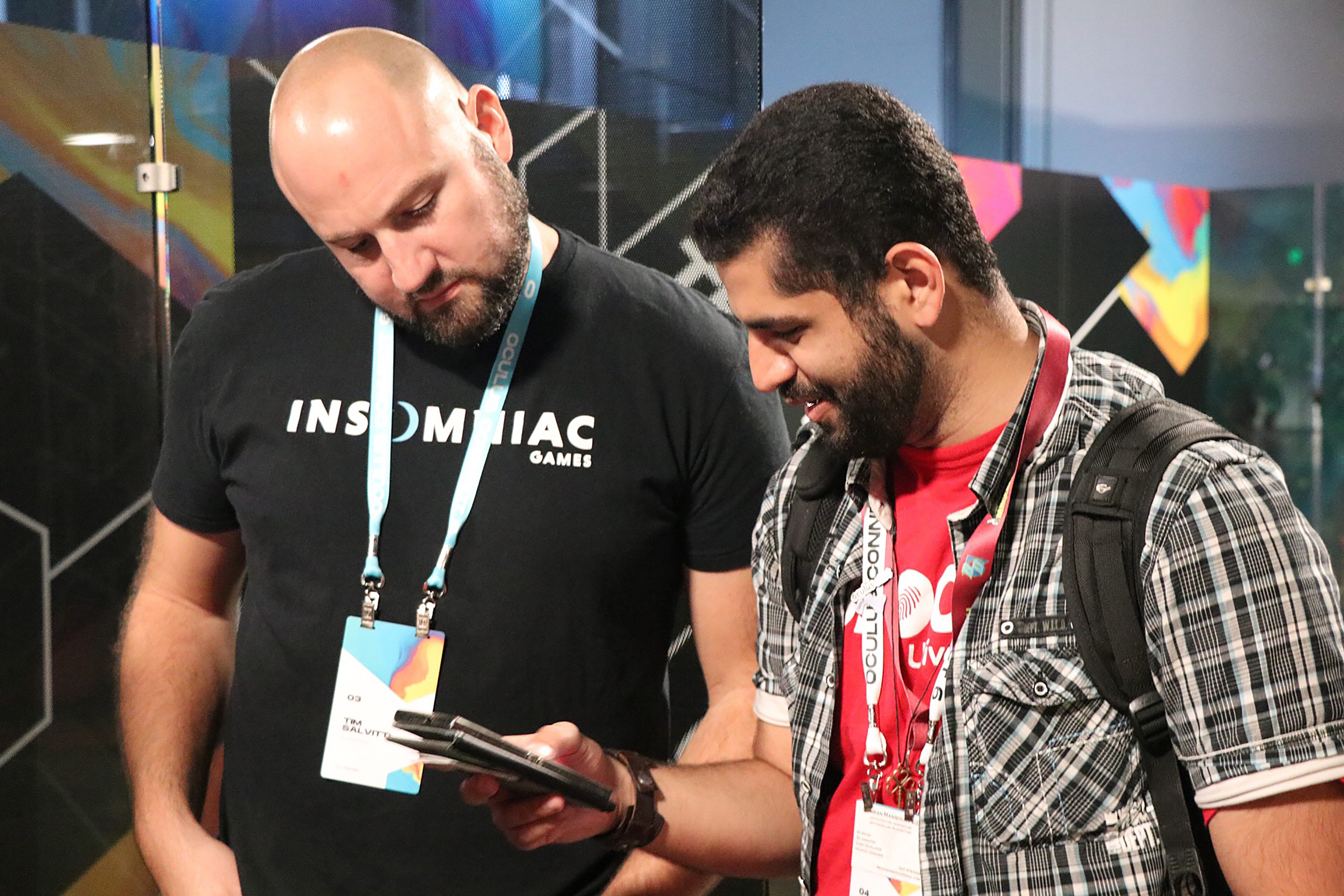 The fourth-year GAME students Henderson, Jones, CSeh, Mansour Feizi, Jolley and Hocson were invited to the important conference by Oculus, the Facebook-owned company that is leading the way in VR technology. The students’ VR design studio Digital Details, launched as part of a course project along with classmates Dylan Doyle, Caldon Bowden and Nick Anger, caught the attention of an Oculus startup program aimed at post-secondary students.

The six fourth-years spent two days at Oculus Connect getting a taste of the future and realizing how ready they are to embrace the challenges and opportunities ahead.

“For any student who’s interested in games, the best thing you can do is be ready to show you know how to make games by actually making them,” said Mike Daly, Lead Designer with Insomniac Games who was at OC6 for the release of Stormland. “For VR games specifically, getting exposure to what’s out there in VR is really useful, and then using something like Unity to make your own prototypes is the quickest and best path to success.”

It was Digital Detail’s VR game Magehem — designed and built by the Brock students — that led them to the conference, where they were able to show off the game to some of the top brands in the VR industry.

By the end of the first day of the event, the students were already thinking about the flexibility and adaptability of what they were learning in the joint Brock University-Niagara College GAME program.

“One of the things that Brock is really heavy on is teaching us to be ‘tools agnostic,’” says Henderson. “We learn the principles behind designing things, rather than being a taught a software platform. Then the Niagara College side is much more about tool mastery. You begin to see ways to transfer your skills to pretty much anything.” This includes important project management skills that can be applied to other projects.

“We’re learning the very basics of it so when a new system comes out, we have the knowledge already to be able to learn the tools,” said Jones.

The students are excited about the newest advances in VR technology and how things like virtual meetings and designing 3D objects in VR can impact their game design. They’re unanimous that being at the conference has been a beneficial experience.

“Just being here has prepared us to think about what we’re going to make with this technology,” said Mansour Feizi. “We get to be ahead of others who will be working with VR later.” 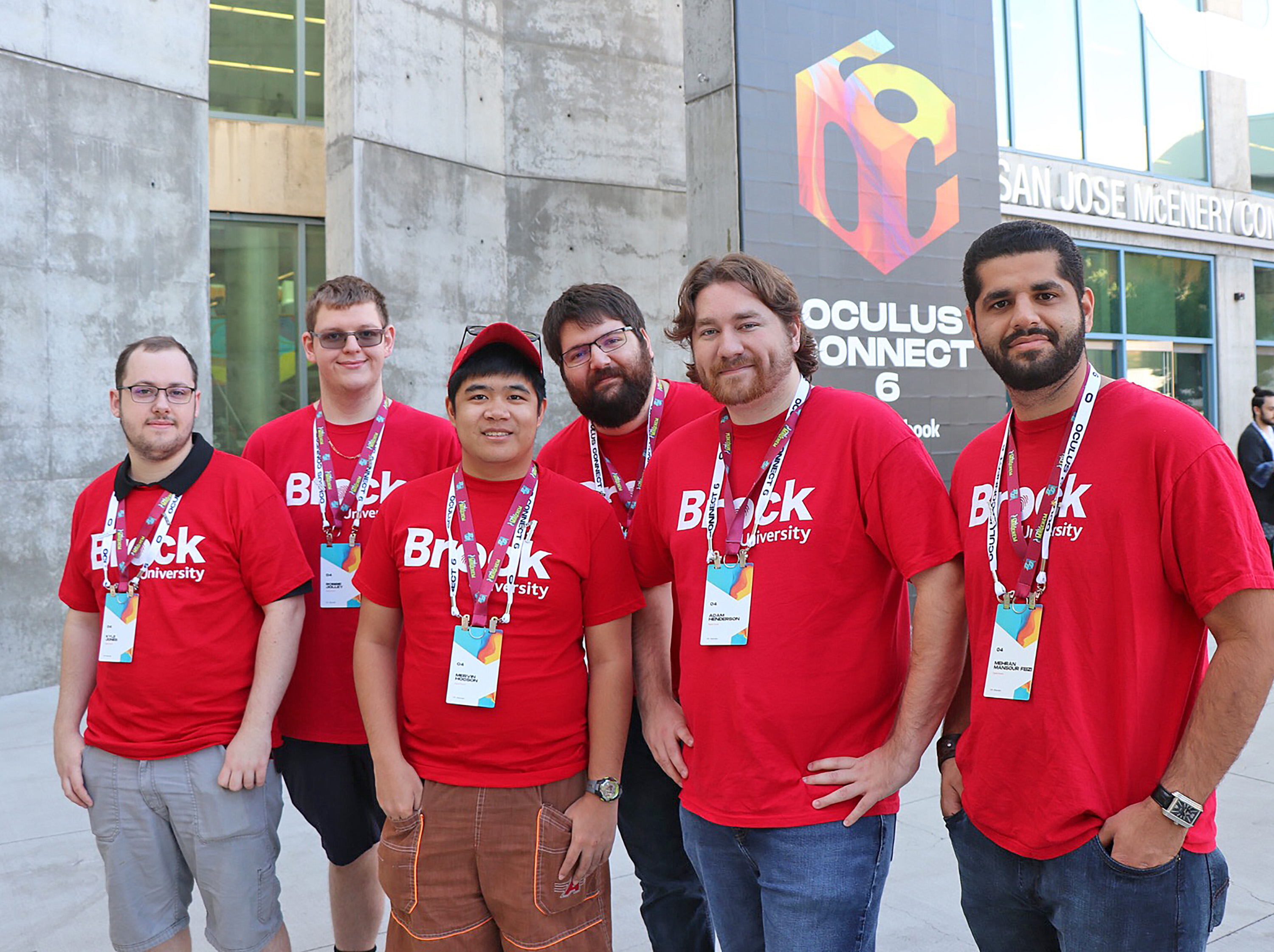