IASC/GAME students take their capstone project on the road

Students in the Interactive Arts and Science (IASC) and GAME program will be taking their work to a provincial competition April 4. The Level Up Showcase displays work by the most talented game, animation, and computer science university students in Ontario. Students will show off their work to their peers, judges, and industry professionals.

The public is invited to check out the latest tech and design at this year’s competition at the Design Exchange, Bay Street Toronto, on Wednesday, April 4, 5:00-10:00 pm.

Our social media ambassador Ellen Thornton interviewed some of the students involved in this year’s project.

Updated April 5, 2018: We are pleased to report that the students won the People’s Choice Award! 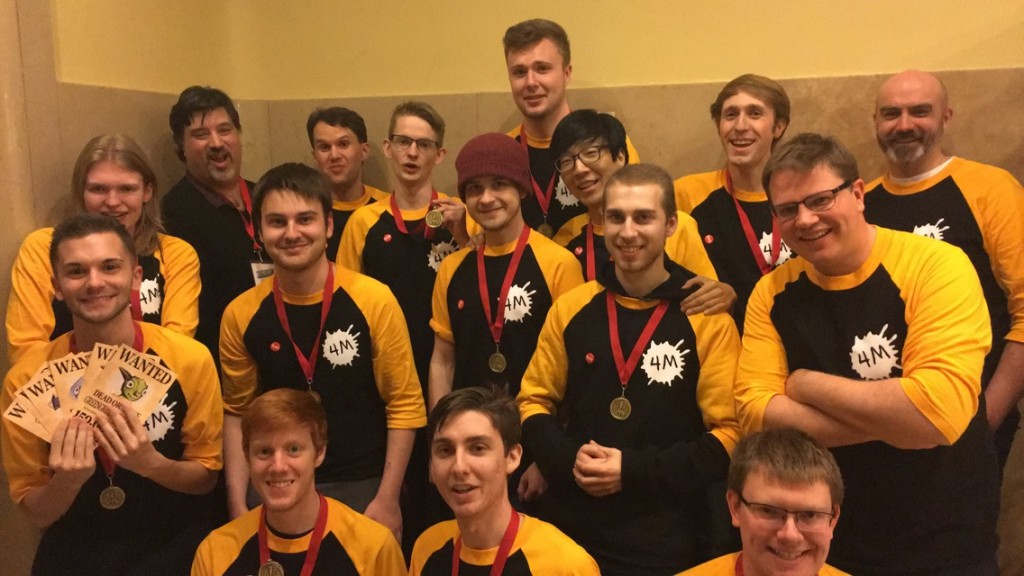 Interactive Arts and Science students from the 4L00 capstone course competed in the Level Up Showcase in Toronto on April 4, where they won the People's Choice Award.

The Interactive Arts and Science (IASC) program has always stood out among other programs because of its emphasis on project-based assignments and experiential learning.  All of this leads to the fourth-year keystone course: IASC 4L00, Collaborative Practicum in Interactive Media Design and Production.

According to the Undergraduate Calendar, IASC 4L00 is described as “Planning and production of a collaborative interactive media project”, which is a very vague description of what students will be doing in the class.  This is because the course is the project, and it is up to the students to take the lead.

This year, the class has been spending the year creating their video game Stop Running! 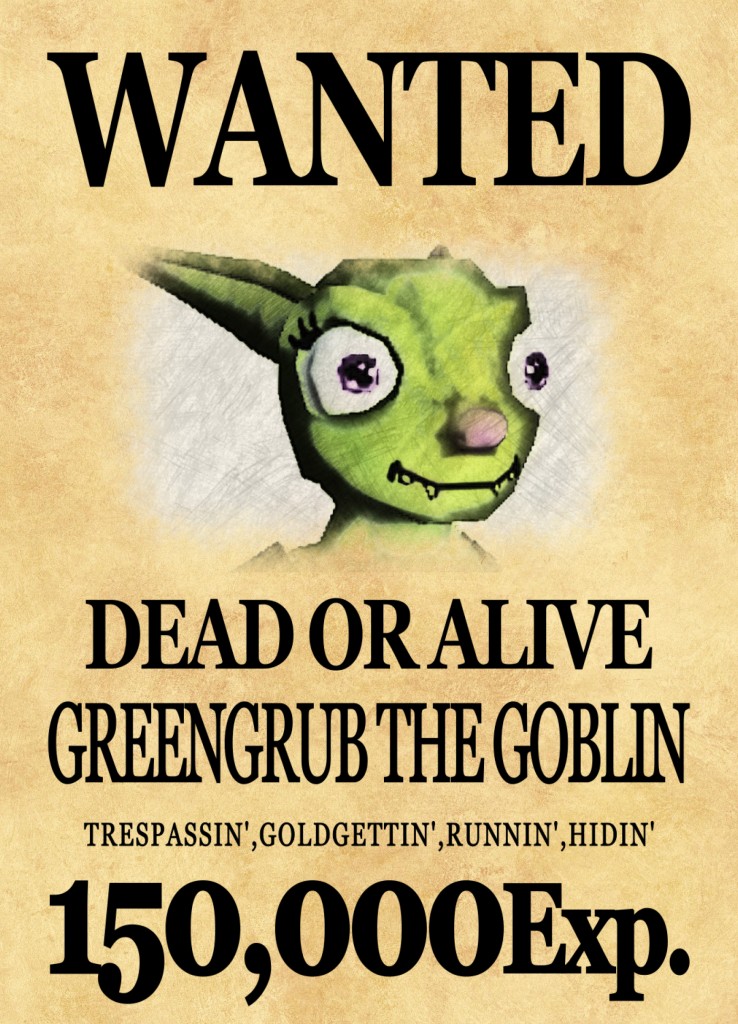 Stop Running! is a 4-player party game where, contrary to the name, the goal of the game is to not stop running.

Players attempt to outlast their opponents by running away from a boss character chasing them, while also utilizing different interactables that can move themselves to a different part of the map, or hinder their opponents.  The longer a player lasts in one round, the more points they receive, and the player with the most points at the end of three rounds is the winner.

“We wanted it to be more like a Mario Party game where you are usually dealing with something, not directly each other”, says student Jeremy Bone, a member of the Design team in the course, “we wanted to emphasize that this is about escaping and avoiding the enemy, not fighting them head-on.” 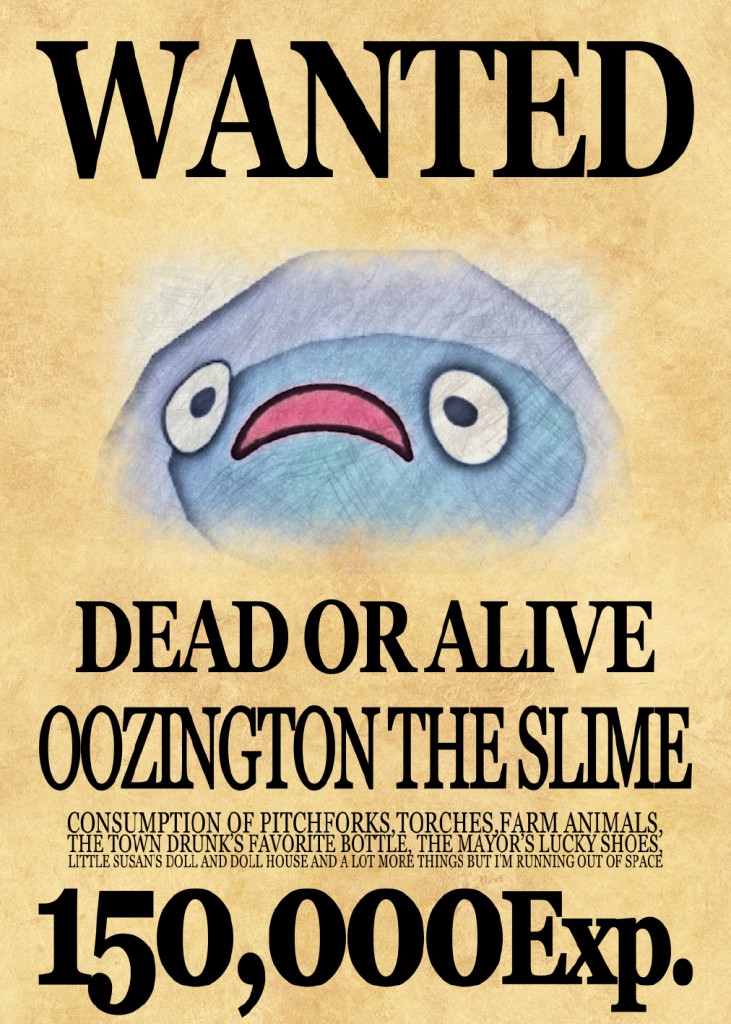 In addition to designing the game narrative and characters, students also had to market their game.

Another thing that’s unique about the game is that it plays on traditional game plots.  As Kelly Waldbillig, the Lead Sound member explains, “(it’s) almost a reverse of Pac-man, where instead of being chased by 4 ghosts, you are instead playing as the ghosts being chased by Pac-man when he has the power ball.”

Because the 4L00 course revolves around the students’ project idea, the course is really directed by the students themselves.  While there are 2 instructors that facilitate the course, they aren’t giving lectures or handing out assignments like a traditional course.

“We view the instructors more as the boss rather than our instructors”, says student Jansen Otten.

Who keeps the class accountable and makes sure the work gets done on time?  The answer is the students themselves.  From assigning roles for everyone to creating deadlines, the students have to work together to make sure everyone has a job to do and that their work is completed on time.

“Compared to other projects where it’s mostly just independence, this you have to rely on everyone else to get their stuff done so you can get your stuff done, and someone else has to work based on your stuff”, explains Lead Producer Aaron Coomber, one of the students who’s responsible for creating the overall project schedule the class follows. 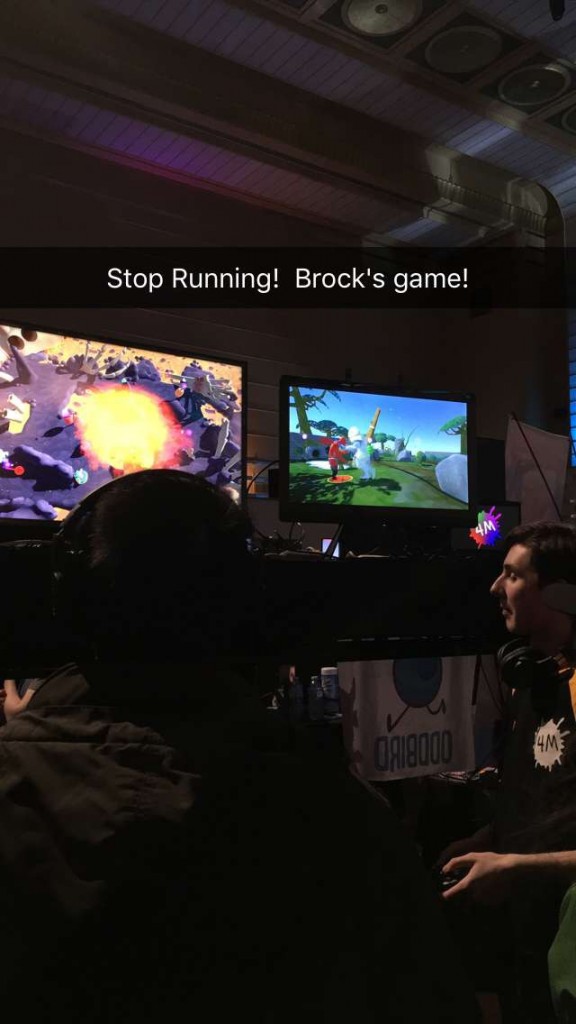 Another unique aspect of this course is that once the students complete their game, they get to participate in the Level Up Student Showcase in Toronto on April 4th.  Here they get to showcase their game to other students and potential employers.  They will also be competing against other projects in hopes of winning awards handed out by judges.

As the competition date looms closer, the students have mixed feelings of excitement and nervousness.

“We all have the date on our mind, we have a countdown on a whiteboard”, says Otten.

“This is going to be a huge opportunity for people to go and showcase it among other huge projects that other schools and teams have been doing.  It definitely pushes us to be more motivated because people from the industry that are going to be present and judges from there that could be having a handle on some of the games to further their development”, says Waldbillig.

Showing the game of in a showcase such as Level Up also forces the students to not only focus on the game, but on their presentation of the game to people as well.  As Bone explains, “There’s also the promotional materials which people have been working on.  The idea of having T-shirts for us all so that we are there as a team, posters, other things to try and promote the game, that wouldn’t be a concern if we were staying here.”

The goal of IASC4L00 is to simulate what working in a studio environment will be like for students after they have graduated, something that the students agree with and value greatly.

“This course is the best one for that,” says Coomber. “It helps you work in a very large team, and basically accurately represents what it’s like working outside of school.”

While the first three years in the Interactive Arts and Science program focus on theories and concepts, IASC4L00 gives students the opportunity to take what they have learned throughout their academic career and apply it to a project that they can put on their resumes to separate them from other graduates.

For more information about Level Up, visit their website: https://levelupshowcase.com/ 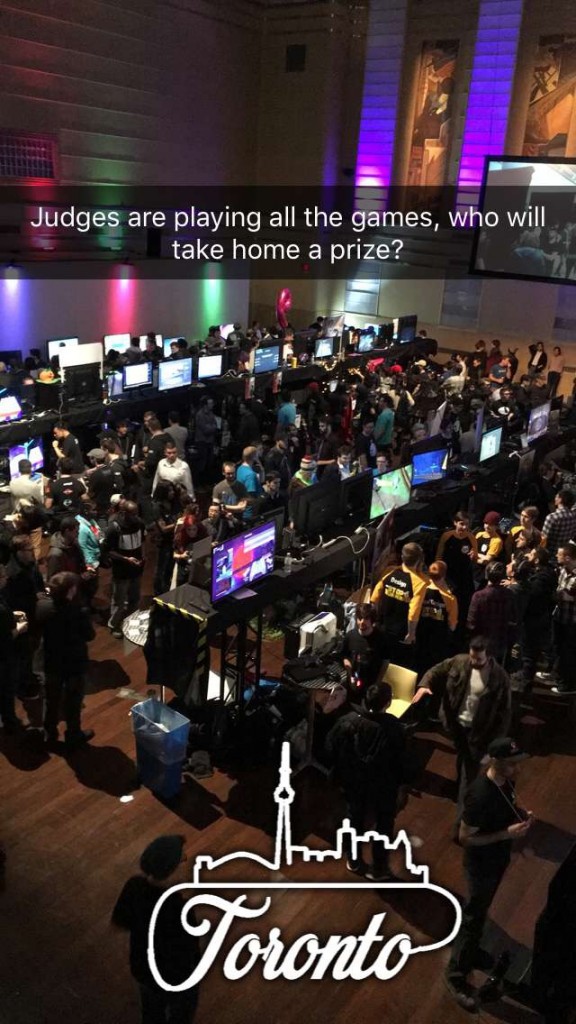