Each year, our Dramatic Arts students work hard to produce two mainstage productions (one in the fall, one in the spring). The mainstage gives them the opportunity to put into practice the skills they work hard at developing in their courses.

As part of her directing experience, Michelle is keeping a blog. She’s agreed to share a few excerpts with us below.

Top Girls tells the story of Marlene, a career-driven woman who is only interested in women’s success in business. It takes a critical look at women in society and considers the conflicts that come with the pursuit of success and the desire to “have it all.”

Tickets are sold at firstontariopac.ca. The show runs from March 2 to March 10 and is directed by Dramatic Arts professor Danielle Wilson. 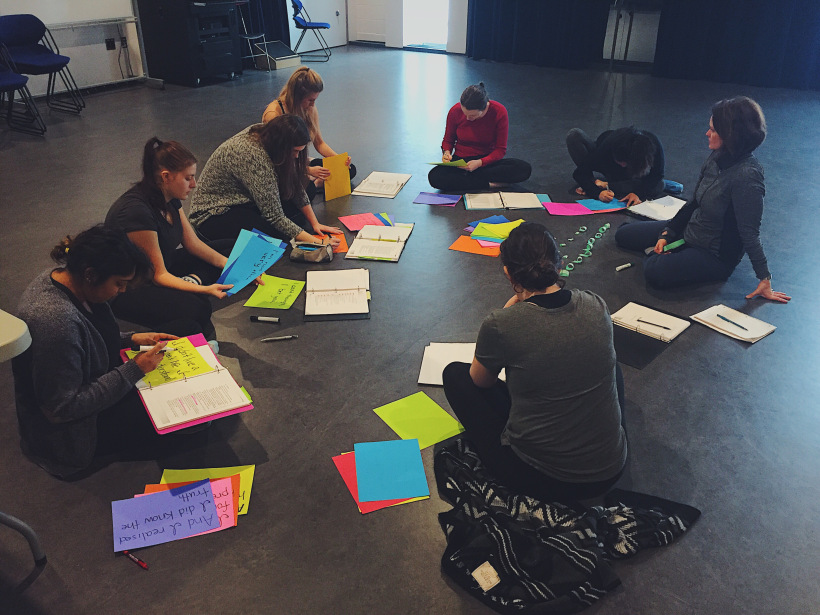 I can still remember the exact feeling when I received an email from Danielle Wilson asking if I would accept the role of assistant director for the 2018 Winter Production of Top Girls — I stood, staring at my phone, and I was literally stunned – I couldn’t move, and could barely think. The actor in me was so excited that I had experienced a new feeling, and was now able to fully understand what it means to feel stunned in such a context, (and hopefully bring that into actor work one day) and the student in me was exhilarated. Since my audition for the DART Invitational in 2014, Danielle Wilson stood out to me, and I remember working with her in a workshop that day thinking, “I hope if I get into the program I can somehow, in anyway, work with that woman!” Four years later, and I get to work with Danielle in a way I never even thought I would be able to. It has always been evident to me, based on the shows I have seen her produce, that the work that interests her is the same type of work that interests me: strong writing, challenging roles for actors, and infused with some sort of a political statement….

The first order of business that is required of any show is a lot of research. Danielle and I spent a lot of time just talking about the play. She already knew that a major part of the research would have to focus on Margaret Thatcher and her influence on British politics, gender politics, and the political climate of the 80’s. In our conversation, we discovered a lot of the main themes we would often ‘circle’ back to, and from this, generated a rough list of main topics of research. With topics ranging from white feminism, to the Bechdel test, we curated a list and divvied up the research among the cast and me to share during our six day intensive before the winter break.

Read more about the first phase of production. 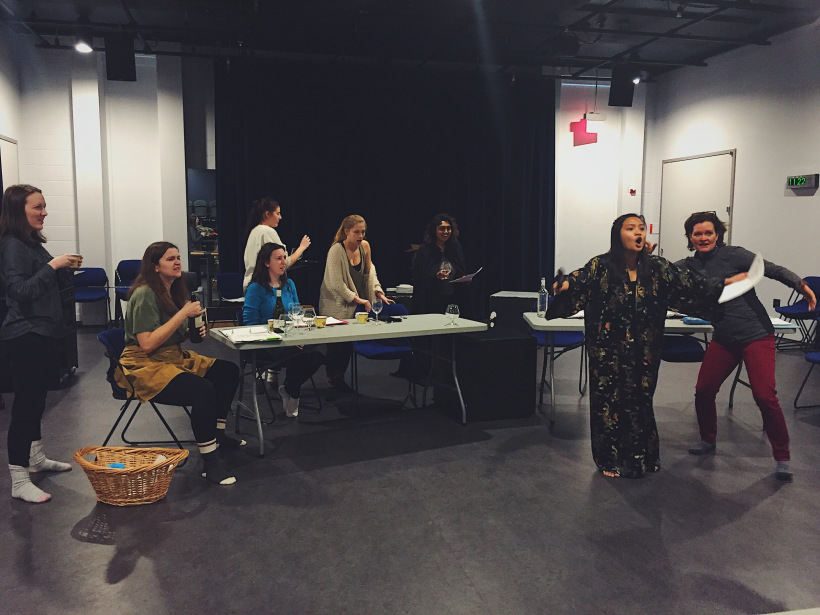 Have you ever wondered what it is like for a student to be a part of a DART Mainstage production? For every actor, being a part of a Mainstage in the Dramatic Arts program will amount to very different experiences. What most Mainstage actors have in common is that they are juggling university courses on top of a 20-hour a week rehearsal schedule. Despite the time commitment, most students are grateful for the opportunity — a Mainstage is the chance young actors are looking for – the time to start applying the lessons learned in studio classes to work on stage. But what exactly is it like being a part of the process, and more specifically, what has it been like to be a part of an all female ensemble? I sat down with a few cast members to ask them about their experiences.