The Department of Classics takes selected students on a study tour or archaeological excavation each summer. These trips allow students to experience the art and culture of the ancient Mediterranean world in an entirely new way.

This year, Professor Allison Glazebrook and the CLAS/VISA3M23 students are on a study tour of Greece from June 5-18th. During this time, students will be blogging about their experience on the course blog and sharing picture on our faculty’s Instagram and Facebook. Follow along on social media with their hashtag, #brockodyssey2017!

We will be sharing a few of their blog posts with you here. Today’s post is by Adelina Misasi, a history major heading into her fourth year of studies.

To learn more about the Department of Classics’ study tours, visit their information page.

We started June 11 in the Neda hotel in Olympia. We packed up and headed out to the bus to take a trip to the temple of Apollo  at Bassae. The trip was a two hour long bus ride which allowed some of us to enjoy the scenery where we saw more mountain ranges, goats and other types of nature that we did not see in places such as Athens. It also allowed some of us to catch up on sleep.

Driving through the mountains was a very different and over whelming experience. To be on a very small road on the side of a mountain did not feel all too safe; however, our bus driver Panos was fantastic getting us to the temple. The views we were able to witness from driving along the mountains were incredible. 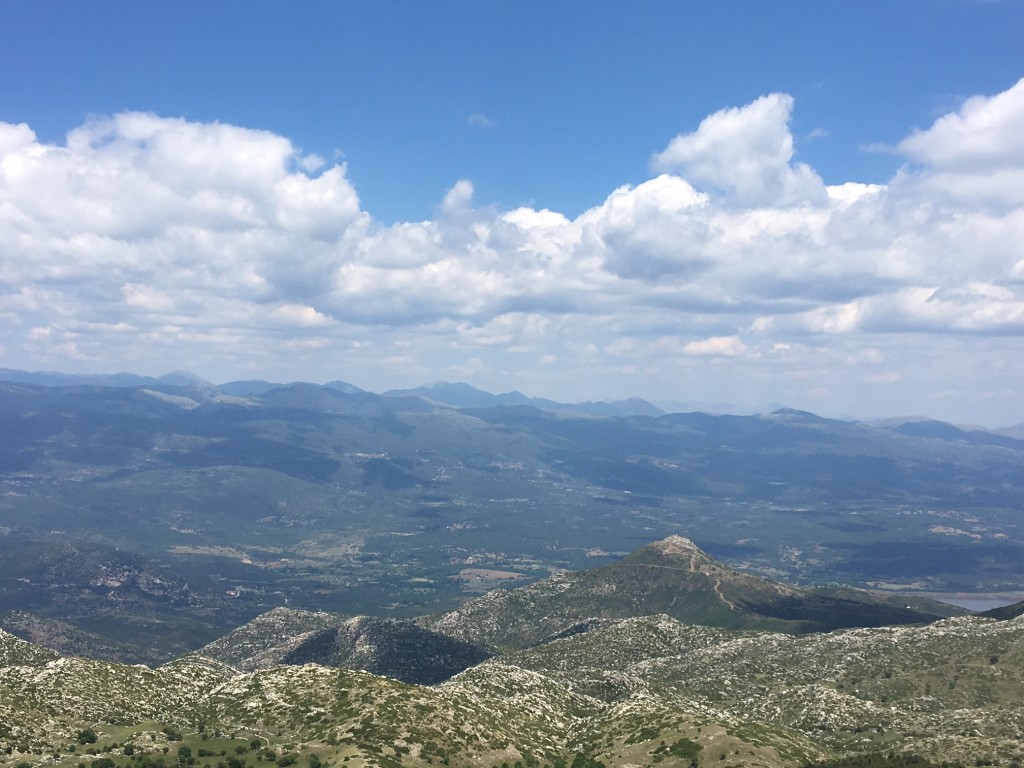 Student Will Durward took this photo of Greek mountains from the top of Mount Lykaion.

Once we had arrived, the temple  was explained by Dr. Glazebrook and Teagan. It is one of the only temples that is still standing with most of its original limestone and marble.  Dr. Glazebrook had mentioned that it is the first world heritage site designation in Greece because of how well preserved the temple is.

We learned that the temple has been covered by a protective tent and any reconstruction the temple has gone through it is primarily to preserve the existing architecture. They had done this through beams and other scaffolds in order to keep the temple from shifting or breaking any further.  The temple was very overwhelming to see because this was the first temple we have seen mostly in tact and that did not have large pieces of new marble fixing the temple to show visitors its original form.

After the temple we were back on the bus and drove a few more hours to the site of Messene.

The site of Messene was a very interesting site to visit because it was one of the first sites that was very interactive.  While walking through the site there were a few areas that I found extremely interesting.

First off, the bath house that was located in the Agora of Messene still had most of its heat stones intact.

Next at the site of Messene another aspect that I found very interesting to see was the stadium.

Walking through the stadium was overwhelming because of how large the stadium is  and how intact the seats and stadium are.  Sitting in the stadium I felt that I truly was a part of history watching games and athletes show their strengths.

Later on in the day after the site at Messene we went to the location of the gates at Messene, where we had Mike present on the gates and he explained how the gates were used as a well made fortification and had many different watch towers. Today when going to the site most of the gate is no longer intact, but what is still standing is a sight to see.

Overall it was really interesting to see both the temple of Apollo and the site of Messene.