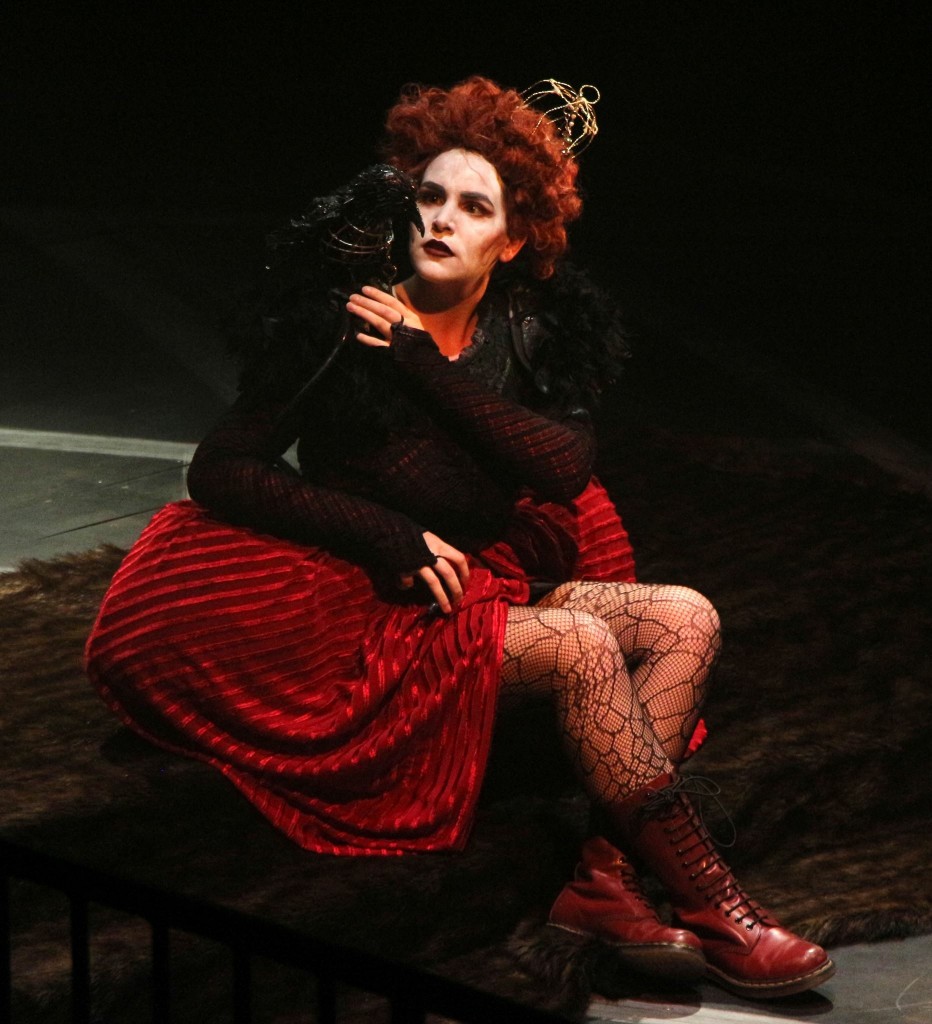 This week’s entry is a throw-back to the excellent performance of Gormenghast by Brock drama students and faculty last fall at the Marilyn I. Walker Theatre. The play tells the bizarre and twisted story of the dysfunctional House of Groan from the UK cult classic fantasy trilogy by Mervyn Peake. Directed by Professor Mike Griffin and designed by Professor David Vivian, the production gave undergraduate drama students the opportunity to showcase their talents.

Elizabeth Pereira, who played the role of The Countess, is a fourth year student doing a double major in Dramatic Arts and English. She is planning to go on to do her MA in English. 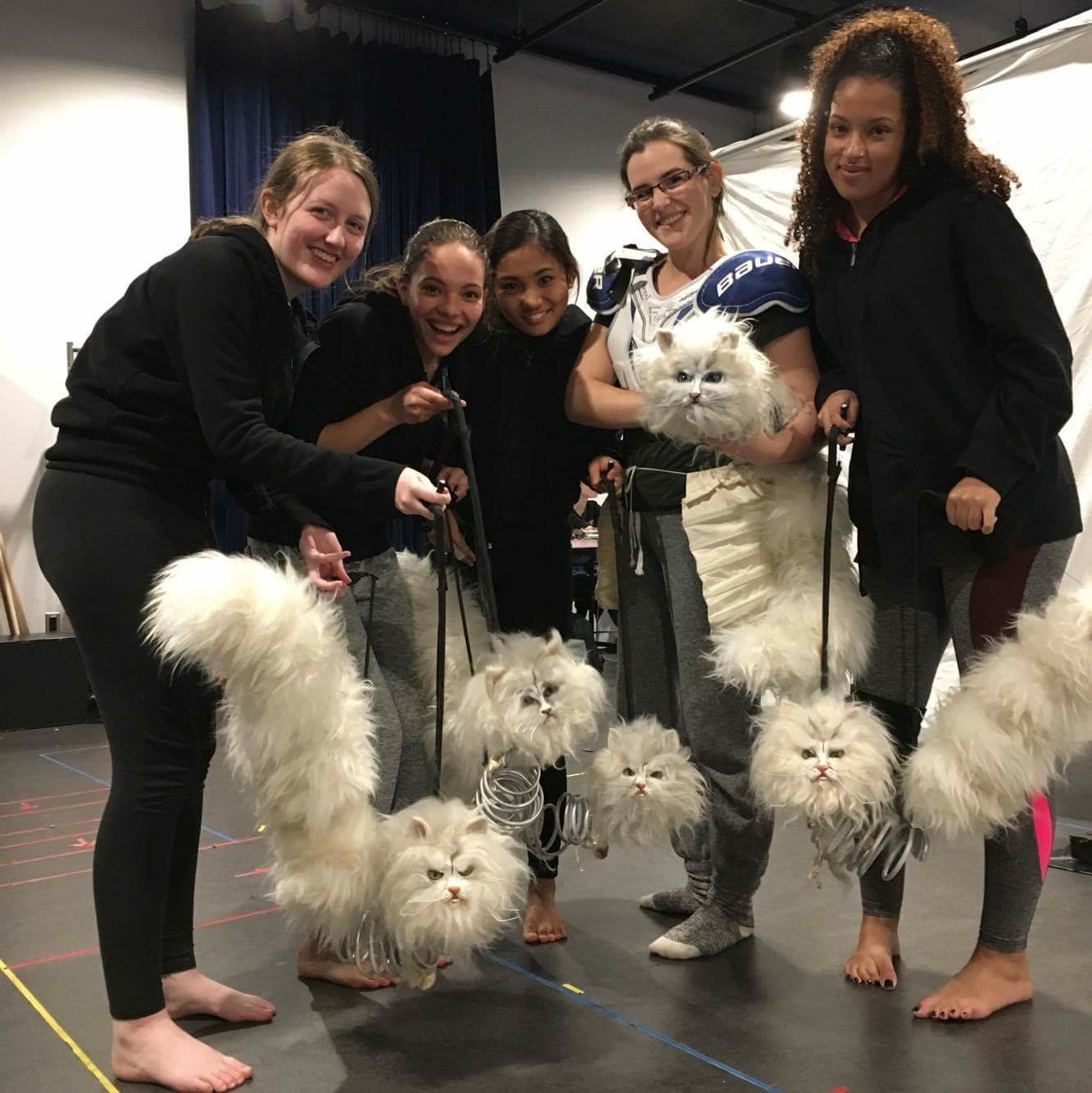 From the very first day of workshops, Gormenghast was a show to be reckoned with. It was an accumulation of so many different theatrical styles and forms which was, personally, pretty intimidating.

Prior to this Mainstage, I had never worked intensively on a physical theatre piece, tried my hand (literally) at puppetry, or had the opportunity to perform a character so large and other-worldly.

As a fourth year, it is fairly easy to fall into the trap of selfishness – not in the “me-and-only-me” way, mind you, but in the “are-there-even-any-third-or-second-or-first-years-in-this-school” way. Right before the first day of workshops began, the cast had naturally separated into two groups and I remember recognizing a few of the students, but really having no idea what to expect from the ensemble as a whole.

We rehearsed three to four days a week, warmed up together, and spent hours with one another, but as many actors know these moments can break an ensemble as easily as they can make one.

After all the productions and classes I had been in, I believed I knew what “ensemble” meant in the theatre world when really I didn’t fully grasp it until I became a part of Gormenghast. 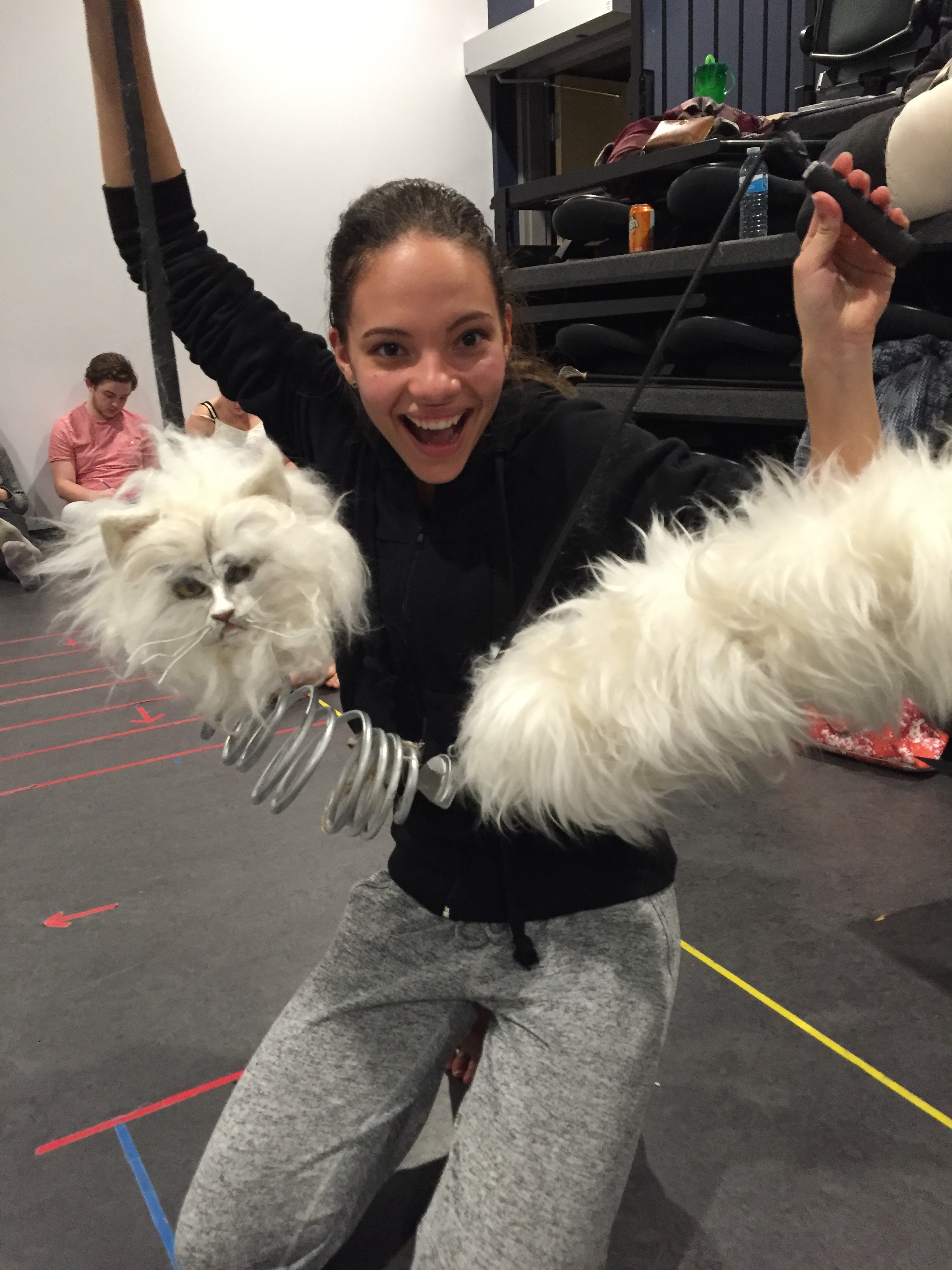 I was lucky enough to work very closely with the talented Chorus members and puppetry coach Kyla Read; we began playing from day one with our puppets by naming them and creating cat choreography. We never stopped playing.

It was also wonderful to work with and watch other cast members make discoveries about their characters as we experimented with Laban’s action movements. The exercises Mike Griffin integrated into every rehearsal pushed all of us to grow as individuals, actors, and a strong ensemble. 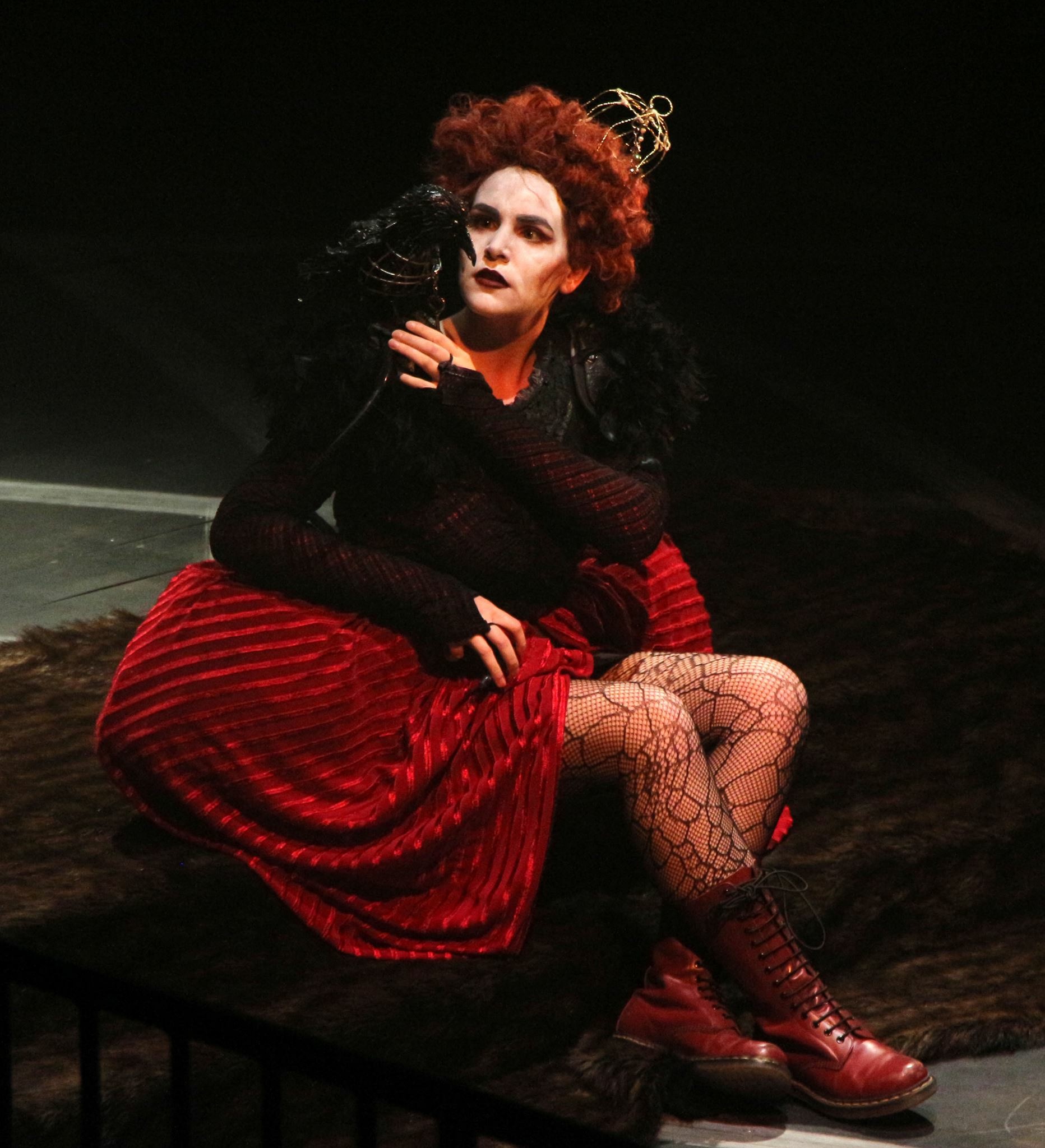 Oddly, but wonderfully, enough, the divide which is often silently maintained between cast and crew was non-existent. Everything and everyone clicked together. All of the individuals who worked on the show were equally valued and warmly included in the opportunity to be part of the world of Gormenghast.

This was, I think, the real power behind the show, and I know these experiences will be invaluable to my future ensemble work in theatre.