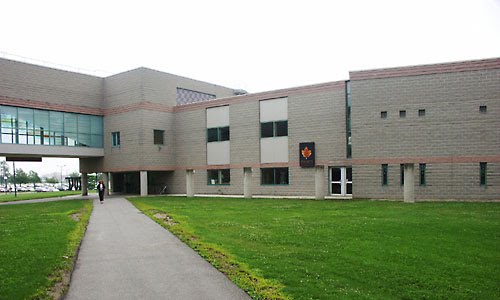 The Student-Alumni Centre, built in 1990 and designed by Moriyama & Teshima Architects, is home to Isaac’s, one of the largest student pubs in Canada, as well as numerous places to eat. On the second floor, there’s a Starbucks and the Skybar Lounge. It’s also home to the Brock University Students’ Union (BUSU), the Brock Press, Brock’s student newspaper, and a Travel Cuts. The main floor is home to Union Station, featuring Booster Juice, RC’s Club House sub shop, Brock’s Fortune Cookie, Flavours and Ah-So-Sushi.

Fast fact: The development of the centre was initiated by Brock University students, who, in a 1988 referendum, agreed to place a $10-surcharge on each of their courses to fund the centre’s construction. In addition, Brock’s Alumni Association contributed $200,000 to the centre, which now bears its name.