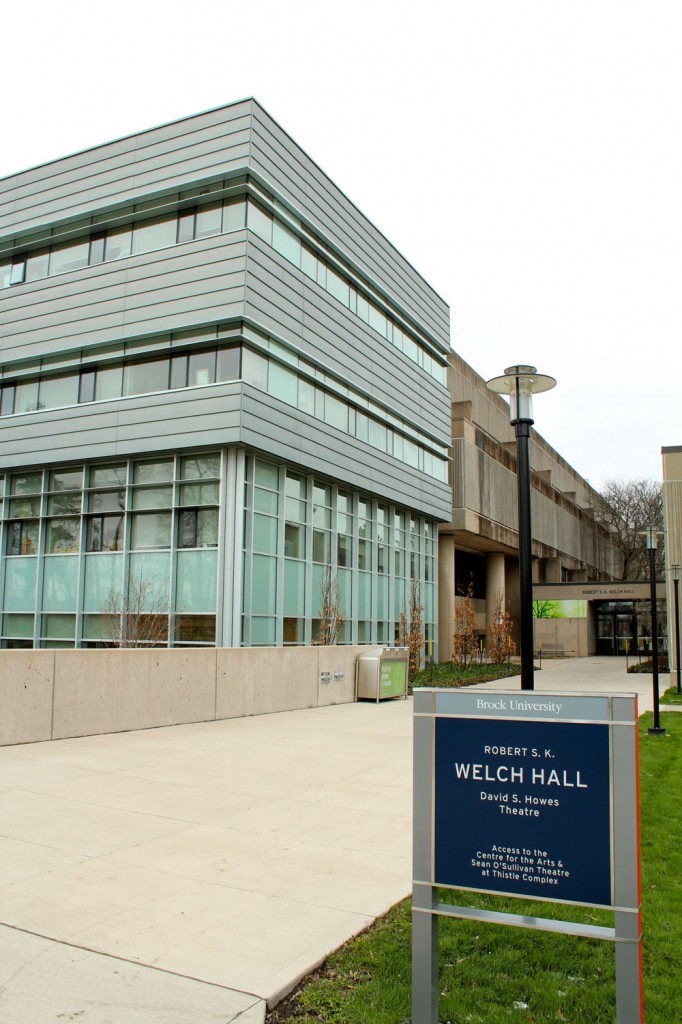 Named after Brock University’s fifth chancellor, Robert S. K. Welch Hall was built in 1970 and received a major expansion in 2009, which added additional lecture halls and administrative offices as well as upgrades to Welch Hall’s facilities. In addition to housing the David S. Howes Theatre, it is the hub of the Faculty of Education and its Instructional Resource Centre. Some laboratories for Applied Health Sciences are located on the lower level. Robert S.K. Welch Hall was originally designed by Salter Fleming Secord. The extension was designed by Diamond and Schmitt Architects.

Fast fact: The David S. Howes theatre, which serves the University and the broader Niagara community, was named after David Howes Theatre in 2001 to honour the business owner, philanthropist and former chair of Brock’s Board of Trustees.